Alex Azar, the Secretary of Health and Human Services, had allegedly warned Trump that the coronavirus could become a major crisis. 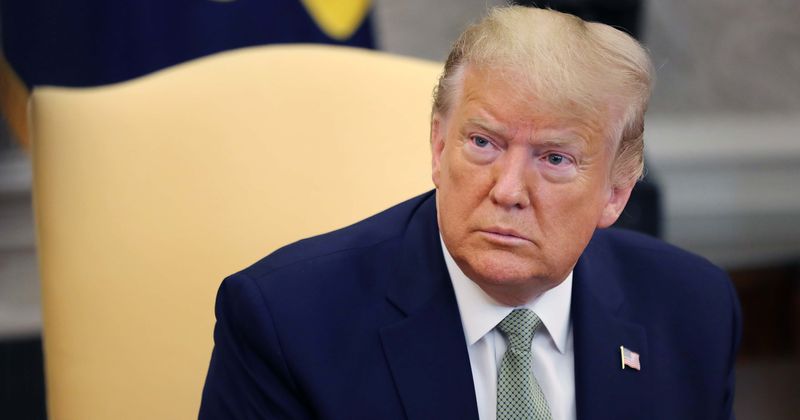 President Trump ignored the health department's warning, way back in January, that coronavirus could become a health crisis because Trump felt it could damage his re-election chances, suggest reports. Dan Diamond, a reporter with Politico, claimed that Alex Azar, the Secretary of Health and Human Services, had pushed for testing potential patients for coronavirus back in January, but the President feared the discovery of positive cases which he felt would harm his election campaign later this fall. Diamond also claimed that Trump's close aide Kellyanne Conway didn't think the coronavirus was a matter of priority for the President.

NOTE: Please RETWEET this—America needs to know what this monster did. Thousands of future deaths will rightly be laid at his feet. https://t.co/FFGm5BDmIF

Dan Diamond made the revelation in an NPR interview with Terry Gross. "Alex Azar did go to the president in January. He did warn the president the new coronavirus could be a major problem. There were aides around Trump — Kellyanne Conway had some skepticism at times that this was something that needed to be a presidential priority," said Dan Diamond. "My understanding is he did not push to do aggressive additional testing in recent weeks, and that's partly because more testing might have led to more cases being discovered of coronavirus outbreak, and the president had made clear — the lower the numbers on coronavirus, the better for the president, the better for his potential reelection this fall."

One of the crucial mistakes the Trump administration did was to reject WHO's working test and deciding to create one of its own. Diamond put the inefficiency of the government into context when he had said, "South Korea, in the past 24 hours, has probably done more tests for coronavirus than the United States has done in the past two months. South Korea can do 10,000 tests per day. At last count, we have done somewhere between 5,000 and 8,000 tests."

“We have it totally under control."

“It’s one person coming in from China. We have it under control. It’s going to be just fine.”

The cost gaffes by the Trump administration are likely to be seen over the course of the coming months. The Trump administration has also failed to recognize that the domestic health infrastructure is not ready to cope with a pandemic. Diamond also added that hospitals were short on supplies including respirators. He predicted that hospitals in America are likely to be blamed by the public, much like what's happening in Italy and Spain. Trump has also indulged in disinformation, constantly looking to blame everyone else but himself. Trump even targeted Barack Obama and Joe Biden over their handling of the swine flu, in what can only be assumed as a defense for his own follies.

We've been told over and over that Medicare for All is "too radical."

I think it's radical to have a health care system that leaves 87 million people uninsured or underinsured.

I think it's radical that people can't afford to see a doctor during a pandemic.

He tweeted: Sleepy Joe Biden was in charge of the H1N1 Swine Flu epidemic which killed thousands of people. The response was one of the worst on record. Our response is one of the best, with fast action of border closings & a 78% Approval Rating, the highest on record. His was lowest! The President's attack on Biden came just a day after he urged Americans to “put politics aside, stop the partisanship, and unify together as one nation and one family. We are all in this together,” said Trump, reported The Washington Post. Trump also threw the CDC (Centers for Disease Control and Prevention) under the bus, claiming they were responsible for the coronavirus outbreak.

For decades the @CDCgov looked at, and studied, its testing system, but did nothing about it. It would always be inadequate and slow for a large scale pandemic, but a pandemic would never happen, they hoped. President Obama made changes that only complicated things further.....