President Trump had also claimed that testing was 'overrated', despite healthcare experts calling for rampant testing. 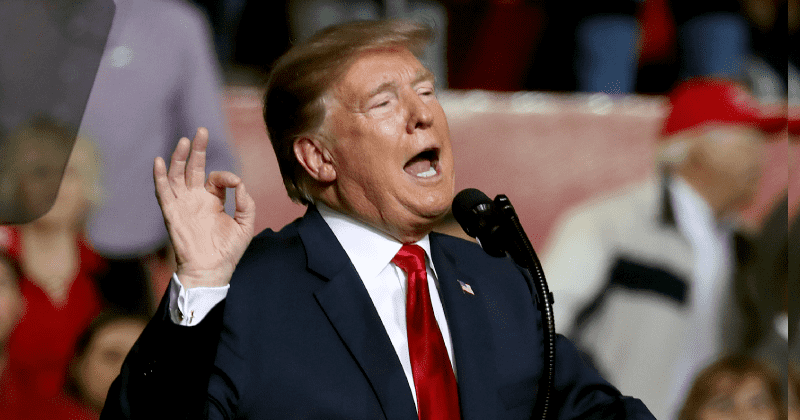 President Donald Trump admitted to ordering officials to "slow down testing" to hide the actual Coronavirus numbers during a rally at Tulsa, Oklahoma. Not only did he admit to it, but he also boasted about it to his supporters. Donald Trump was addressing the first rally post the government lockdown on account of Coronavirus and wanted to allay fears about the rising numbers. He defended the numbers claiming it was only because more tests were being done, reported USA Today. He then went a step further and added that he told officials to slow down the testing so the numbers don't look so high. America has recorded more than 2,356,000 Coronavirus cases and 1,22,000 deaths, more than 25% of the total deaths world over.

"If we stop testing right now, we’d have very few cases, if any,” said Trump during the rally at the BOK center. "When you do testing to that extent, you’re gonna find more people, you’re gonna find more cases. So I said to my people slow the testing down.” Trump's logic defeats the whole purpose of testing because testing in itself is done to determine who has the virus. Trump walked back the comments in a tweet, writing: Our testing is so much bigger and more advanced than any other country (we have done a great job on this!) that it shows more cases. Without testing or weak testing, we would be showing almost no cases. Testing is a double-edged sword - It makes us look bad but good to have!!!

White House adviser Peter Navarro claimed that Trump's comment was tongue in cheek and added that it was made in a light moment, on CNN. Jake Tapper did well to remind Navarro that “a deadly pandemic, where almost 120,000 Americans” have died might not be “really a good subject for a light moment.” Navarro then walked back his comments and said, “He takes that absolutely seriously,” reported The Guardian. Atlanta Mayor Keisha Lance Bottoms hit out at Navarro's claim that Trump was joking. "This is no time to joke. Even if it were a joke, which it was not, it was an inappropriate joke. Do you think the 120,000 families out there who are missing their loved ones thought it was funny?" asked Bottoms, according to USA Today.

Trump on coronavirus, which has now killed 121,000 Americans: "I have done a phenomenal job on it." pic.twitter.com/SkX9NS7PLA

Democrats and healthcare officials slammed Trump's comments about slowing down testing. His potential rival in the Presidential elections Joe Biden said, "This virus has killed nearly 120,000 Americans and cost tens of millions their jobs, in large part because this president could not and would not mobilize testing as quickly as we needed it," the former Vice President Joe Biden's campaign said in a statement. "To hear him say tonight that he has ordered testing slowed — a transparent attempt to make the numbers look better — is appalling," reported USA Today.

More than 120,000 Americans have died. Tens of millions are unemployed.

Families are witnessing their loved one’s last moments by FaceTime.

It's certainly not the first time Trump has claimed he's no fan of testing. In an interview with The Wall Street Journal, the President claimed testing was overrated. It's not surprising that a man obsessed with his own image would approve of a process that exposes his fallacies. "I personally think testing is overrated, even though I created the greatest testing machine in history," said Trump, adding that "in many ways, it makes us look bad."

Peter Navarro dismisses criticism of Trump's comments in Tulsa about how he asked his people to slow coronavirus testing down to limit the number of cases: "Come on. It was a light moment ... a tongue in cheek thing." pic.twitter.com/9XfjQEO7xc

House Speaker Nancy Pelosi also called out Trump over his claims at the rally. “Testing, tracing, treatment, and social distancing are the only tools we have to stop the spread of the coronavirus, but President Trump orders his Administration to slow down the testing that saves lives,” said Pelosi in a statement. Amesh Adalja, an infectious-disease expert at the Johns Hopkins Center for Health Security said Trump's comments reflected the administration's approach to fighting Coronavirus. "Looking at it as a scoreboard is the wrong way to think about it,” said Amesh Adalja, reported The Washington Post. “To think of it as something you can manipulate or slow down based on what the numbers look like speaks to a complete misunderstanding of what an infectious-disease response should be.”