Randy was in his sister's band and also collaborated with her on a number of hit songs besides composing his own numbers. 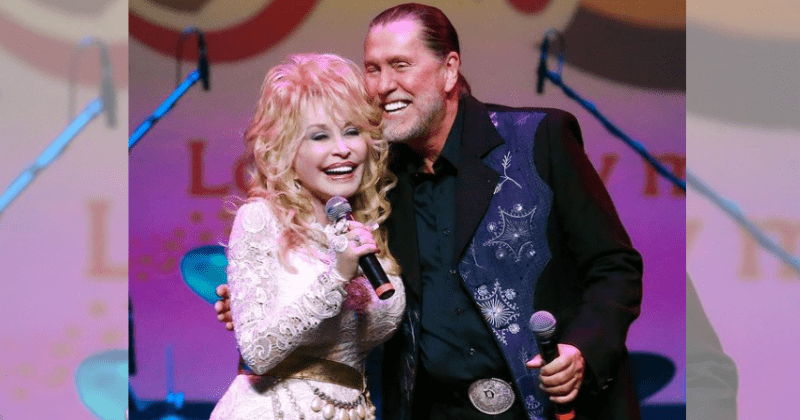 Dolly Parton's brother Randy Parton has died at 67. The country music legend shared the tragic news on her social media accounts on Thursday and highlighted that he had died from cancer. Randy was one of 12 siblings of the Parton Family. "My brother Randy has lost his battle with cancer. The family and I are grieving his loss but we know he is in a better place than we are at this time. We are a family of faith and we believe that he is safe with God and that he is joined by members of the family that have gone on before and have welcomed him with joy and open arms," Parton wrote. She also paid a warm tribute to her brother who was part of her band. Parton added, "Randy was a great singer, writer, and entertainer. He sang, played guitar and bass in my band for many years."

Randy composed a few country hits of his own during the '80s while also singing alongside his sister in a number of her chart-topping songs. Some of his own notable songs that reached the Top 40 airplay chart were"Shot Full of Love," and "Hold Me Like You Never Had Me." Randy was also a performer in Dollywood, an amusement park in Tennesse partly owned by Parton. "He headed his own show at Dollywood since it opened in 1986," she wrote. Paige Bales, Director of Dollywood Entertainment also offered his condolences and tribute to Randy. He said, "Randy was a creative force and a good friend. He has left a lasting legacy at Dollywood with his talent, his creativity and his leadership. We will all miss him but heaven has gained another star." Parton fondly remembered working together with her brother on a number of her songs in her post.

R.I.P. Randy Parton: Dolly Parton's younger brother and collaborator, who sang with his sister on the song "Old Flames (Can't Hold a Candle to You)", has died at the age of 67: https://t.co/rhMSmkHDoO pic.twitter.com/paDXHsc4H4

She said, "He’s had several chart records of his own, but his duet with me on “Old Flames Can’t Hold A Candle To You” will always be a highlight in my own career. “You Are My Christmas,” our duet on my latest Christmas album, joined with his daughter Heidi, will always be a favorite." Sadly this was his last project according to Parton who wrote, "It was his last musical recording and he shined on it just like he’s shining in heaven now." Randy is survived by his daughter Heidi, his son named Sabyn, his wife Deb, and his grandchildren named Huston and Trent reports PEOPLE. "We will always love him and he will always be in our hearts," she wrote in her post on behalf of her and the Parton Family. Parton also added that people could donate to the Imagination Library in honor of both Randy and their father, Robert Lee Parton.

According to Taste Country, Randy had aimed to start an entertainment venue of his own away from his sister's brand. He even began "The Randy Parton Theater" in Roanoke Rapids, North Carolina but things didn't turn out too well due to various reasons such as low ticket sales and insufficient infrastructure to name a few. The venue was renamed the Roanoke Rapids Theater with Randy leaving the project. In 2018, another of the Parton siblings, Floyd Parton, who regularly partnered with Parton as a songwriter died reports PEOPLE. Floyd's obit read, "A renaissance man, Floyd was a man of many talents and areas of knowledge. He was an avid outdoorsman and had abundant knowledge of nature as well as being an incredible cook.”

Some of the songs that the two worked together in were the 1991 duet “Rockin’ Years” with Ricky Van Shelton, the and 1978 song “Nickels and Dimes” from her chart-topping "Heartbreaker" album.