Dolly Parton, 74, who plays an angel in her new Netflix film, turned into a real one as she saved her co-star from an oncoming vehicle 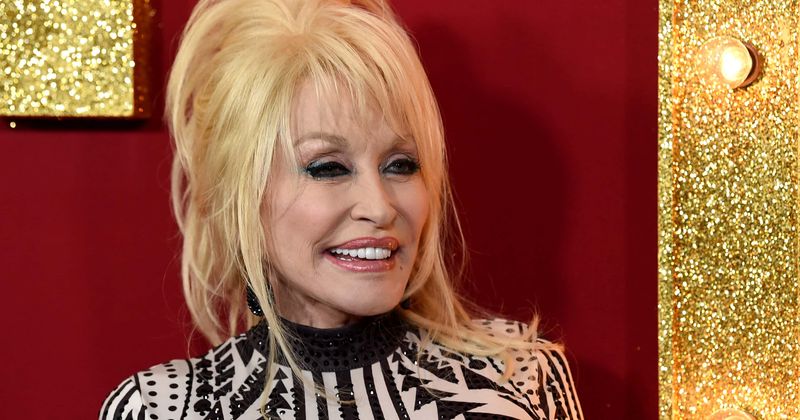 Dolly Parton does it again! The 74-year-old country legend pulled a nine-year-old actress, Talia Hill, from the path of an oncoming vehicle while shooting her latest Netflix holiday film Christmas on the Square. Talia and her siblings Tristan, 16, and Tyson, 13, also appeared in the film where Parton plays an angel. Looks like she turned out to be a real-life angel! According to the Daily Mail, Talia Hill recalled the incident to Inside Edition saying that she was returning to the set of the movie after going to get some hot chocolate. That's when she felt the country star physically pull her back as a car was coming. "She's like, 'Well, I am an angel', you know cause she plays an angel in the movie," Hill said, adding, "I was in shock. She hugged me and shook me and said, 'I saved your life!'''

All three Hill kids were mesmerized by Dolly's presence on set. "When you think of Dolly Parton, you are just like 'it is Dolly Parton’, but when you actually see her you are like 'Wow, it’s Dolly Parton,' being in her presence lifts you. She is so amazing," said  Hill's brother Tristan. Hill chimed in, giggling, "When Dolly walked in she smelled like heaven. She greeted everyone even if you were a trashcan person. It was such a great feeling."

2020 saw Dolly Parton truly shine through, especially around the festive season. The spunky singer warmed hearts recently as she performed during the socially-distanced Macy's Thanksgiving Day Parade, singing "Holly Jolly Christmas" in front of a backdrop of a Cracker Barrel restaurant, reports Pop Culture. The vivacious musician sparkled in a rhinestone and fringe gown as she sang along with her band and three backing singers. While performing she even chatted a bit and talked about her Christmas album: “You know, Thanksgiving is the start of the holiday season. Christmas is just around the corner. You got your shoppin’ done? Hope you go buy my new Holly Dolly record ‘cause I’ve always wanted to do a little song called ‘Holly Dolly.’ So I did! And I hope you’re going to enjoy it for the holidays." Fans were ecstatic to see the legend back on stage spreading festive joy. They loved her even more for following Covid-19 protocol.

Love Dolly! She's the kind of person we should all strive to be like

In addition, the legend has been quite literally saving lives. Her $1 million donation for the coronavirus research in April helped "several promising research initiatives," including funding an early-stage trial of the Moderna vaccine that is believed to be 95 percent effective against the coronavirus.  Speaking on BBC One's The One Show, Parton said she was "so excited" to hear the news."I'm sure many millions of dollars from many people went into that," she told co-presenters Alex Jones and Jermaine Jenas.

She continued, "But I just felt so proud to have been part of that little seed money that will hopefully grow into something great and help to heal this world. I'm a very proud girl today to know I had anything at all to do with something that's going to help us through this crazy pandemic." A Vanderbilt spokesperson said Parton's "generous" gift was helping "several promising research initiatives."

Earlier, this year, she launched her new holiday album, her first in 30 years titled A Holly Dolly Christmas.  She's also teamed up with Williams Sonoma to create her own line of holiday kitchen items just in time for the big upcoming holiday.

And don't forget donating over a million books to children.