Named Ping An, or 'Safe and Sound', the one-year-old golden retriever from China lost weight, suffered injuries, and had bloody paws. 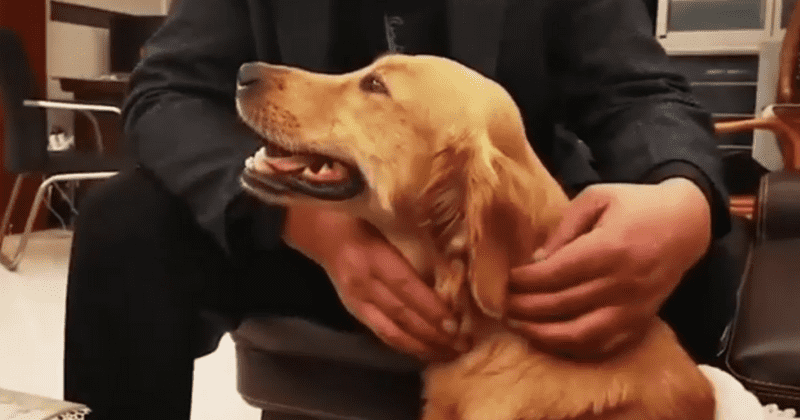 In a tale that epitomizes a dog's loyalty, a golden retriever went on an adventure to find her home after her owners left her temporarily at a friend's house. Named Ping An, or 'Safe and Sound', the one-year-old pup from China had lost weight, suffered injuries, and had bloody paws after walking over 62 miles by herself for 14 days to find her owners. According to the Daily Mail, the limping pup was found outside an office building by a group of workers in June, who rescued the animal before tracking the owner down. As per a report on Jianghai Evening News, a local publication, the family from Qidong city, located in the eastern part of the country, had asked a friend to look after her till they finished renovating their home. The family then drove over two hours to drop off the pup at the said friend's house in Nantong, located over 62 miles away. However, the family was heartbroken, four months later, when they heard that their beloved dog had run away from the friend's house and had gone missing.

Dog walks 62 miles for 2 weeks to get back home https://t.co/2GA4Gl9CtX pic.twitter.com/o2JO6OpSmC

What they didn't know was Ping An was on her way home and had embarked on a two-week-long journey. Luckily, Ping An was found by a group of workers in Qidong Cigy last Monday. When she was discovered, the dog was said to have sustained injuries on her paws and had bleeding toes. The rescuers noted that she looked "quite depressed after she was unable to find her owners." Several pictures of the dog taken by the rescuers show the retriever looking malnourished, laying on the ground, with what appeared to be a sad face. The temporary caretakers decided to reunite her with the owners and shared her story on WeChat, a popular messenger app.

Going online worked wonders as the family finally received news of their dog on the platform the same day and rushed to pick her up. In a touching video after the dog was reunited, we can see a family member stroking and hugging the dog and saying, "Ping An, you've worked hard. You just stay home from now on. [We] would never send you away." Currently, the dog is said to be recovering from her injuries. Speaking to the outlet, the family has vowed to keep the pup by their side forever and make sure it never leaves them.

This is not the first time a dog has made its way back home to their owners. Similarly, in America, a 4-year-old Labrador named Cleo had gone missing. She hiked over 50 miles to her owner's previous home before finally being reunited with her worried owner. The dog's owner had moved over 50 miles away from Olathe, Kansas, to Lawson, Missouri, and had posted several times on social media about his beloved missing dog according to CNN. It was the new occupants of Drew's old house that received a surprise when they returned from work to find a Labrador sitting on their porch. The 4-year-old dog didn't mind them and looked like it had been waiting for someone. "My wife and I had just gotten home from work," said Colton Michael, the new house owner. "Cleo was laying on the front porch at the front door, just laying there, waiting for somebody it seemed like." They took a close look at the dog and it wasn't wearing a collar but she looked well-groomed and didn't appear to be a stray. "She wouldn't let us quite come near her," said Michael, reported KMBC. Michael said she must have been scared after seeing strangers live in "her home."

Michael decided to scan Cleo for a microchip and she did have one. He got the name of the dog's owner and the name rang a bell. Michael's wife made the connection. "That's when my wife pointed out that their last name was the same last name as the previous owner of the house," said Michael.  When Drew was informed about his dog being found at his old residence, he quickly rushed to take her back home.