The reality star paid tribute to his late wife on what would have been their 14th wedding anniversary. 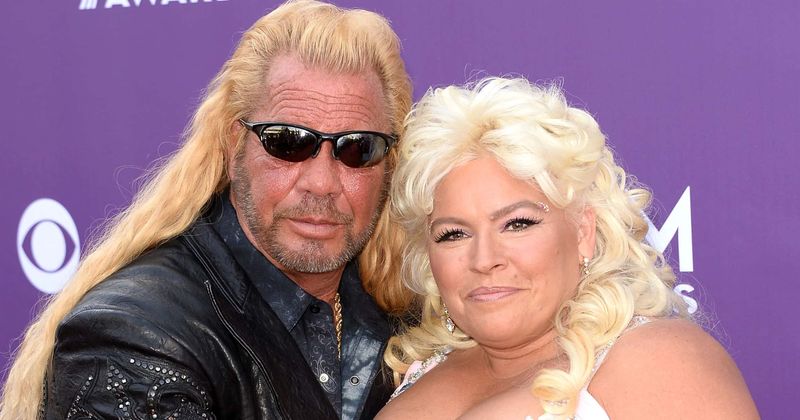 Fourteen years ago, reality stars Duane "Dog the Bounty Hunter" Chapman and Beth wed in Hawaii on May 20, 2006. Tragedy struck last year (2019) when Beth, who was diagnosed with stage II throat cancer in 2017, died last June at the age of 51. The Dog's Most Wanted star paid tribute to his late wife Beth Chapman on what would have been their 14th wedding anniversary, reports People. He shared a picture of the couple, captioning it: She said Big Daddy your [sic] going to be so sad when I am not here on our next anniversary. Why did she have to be so right?? Fans poured in to offer support to the 67-year-old.

I'm so sorry Dog. May God fill your heart with peace & thankfulness for the yrs & memories u had with her. Gratefulness can overcome grief. Grief brings on stress & stress brings on health issues. Stay grateful & we luv u. Lean on God

Lately, Dog Chapman has been posting pictures of his late wife expressing how much he misses her. A week ago he wished her a happy mother's day posting a picture of her. He captioned the photo on Instagram: Mother’s Day 2018 !!! Love you miss you Beth #throwback. In another recent post, he wrote: I am the husband of Beth Chapman And I miss her so much. While he honors his late wife, he's also ready to move forward with his life. Dog opened up about his decision to propose to Francie Frane — and why he believes Beth would be on board.

"I need a partner," he said. "I've said it before. There will never be another Mrs. Dog. There is not. Francie couldn't do that. There will be a last Mrs. Chapman. If Beth was here, and saw Francie and saw how she was raised, her morality and this and that, Beth would say, 'Big daddy, don't lose her.'" "You'll never forget the spouse," he continued. "You can't help it. I will never forget. But I've got to get out there. I've got to be able to say, 'I came out of this and you can, too.' As a human being, I don't think you look for — not a replacement, because you can never find one. I'm learning that right now." "I believe in marriage," he added. "Beth taught me."

As we reported earlier, the 67-year-old reality star got down on one knee earlier this month and popped the question over a romantic candlelit proposal at their home. Dog revealed that he wanted to have the "biggest wedding there's ever been" open to all his fans, in what he said will be "one hell of a party." Francie on the other hand said that she wasn't expecting it at all. "I think I had gone to pick up some food and then when I came back he had all the lights turned down with just a few lights on and a bunch of candles lit. So when I came in I was like, 'Wow, this is awesome'. Then he said, 'Come in, sit down because I need to talk to you'. So I put all the food in the kitchen and I came in and he said, 'I know that God brought you into my life and I don't want to spend one moment of it without you'.  And he got down on one knee and he opened the ring box and he said, 'Will you marry me and spend the rest of our lives together?' Who can say no to that? It was wonderful," she said, beaming.

The 51-year-old rancher from Colorado met Dog through her late husband. Bob used to do yardwork for Dog, and the star once called and left a voicemail asking if Bob could come over and carry out some more work on his property in Colorado. But by then, Bob had tragically died from cancer.  She called Dog back and broke the news. The two have found comfort in each other during the grieving and healing process. Dog has been the patriarch of a big family claiming that he has 12 children, 11 grandchildren, and two great-grandchildren between four wives. Now, it looks like there may be a new addition to the pack soon. Francie has made it clear that the new couple could never "replace" what they had with their late spouses but believes God brought them together. And it looks like they will move forward in faith and love.