Dog The Bounty Hunter Sleeps Next To Beth Chapman's Ashes Every Night: 'It'll Be There Forever'

The grieving husband revealed that his late wife had expressed her wishes to have her body cremated after death and part of the ashes scattered. 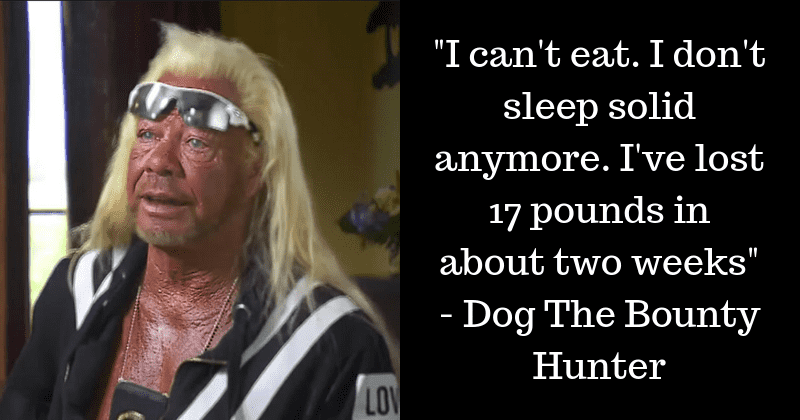 The late Beth Chapman has always been an unwavering source of strength and support for her loved ones. Even as she put up a brave fight against cancer, the Dog the Bounty Hunter star refused to let it break her spirit and did all she could to instill the same resilient quality in her family. Well aware of the unconditional love they have for her and how they would be utterly shattered if something were to happen to her, the renowned bounty hunter made sure to prepare them for the unthinkable before her time was up. Especially, her doting husband Duane 'Dog' Chapman, who has now opened up about why he hasn't been able to bring himself to fulfill Beth's final wishes yet.

Speaking to Entertainment Tonight, the 66-year-old recounted a conversation he had with his late wife. Duane revealed that Beth, who passed away on June 26 at the age of 51, had informed him before her death that she wanted him to cremate her body and scatter some of the ashes. "Well, I've never done ashes in my life. And that's what she wanted. And then she wants me to do it and put the same thing, guess put it on the fireplace or something, so, this is the most morbid stuff," he said.

The grieving husband accepts that he had his reservations about following her instructions. "When I was a little boy, all the Christians [said] you can't get burned because then you won't rise from the grave with Jesus. And then I said, 'Honey, you know, what about that?' She goes, 'It's from ashes to ashes to dust to dust.' Well, she said scatter some, leave some on the fireplace, of course when I go to heaven, she wants me in the box with her," Duane continued.

As per her final wishes, Beth's body has been cremated and the ashes now reside in a pink box. And while he wants to keep his late wife's remains close to him at all times, the reality TV star understands that it wouldn't be healthy for him. "So, I wanted to put them in the car and seatbelt them in. And I want to take them with me. But that's like, morbid, you know? You gotta really watch it. These are the times when people go over the edge. And you really gotta watch how you do 'cause my life, I went through experiences to help others -- I really mean this," he said.

On the other hand, Duane hasn't been able to find it in his heart to scatter even part of Beth's ashes. "You know, I was going to do all the scattering, and then I looked at it and thought, 'I'm not gonna throw you, like, away. I'm just gonna throw you away and start over?' I can't do that," he said revealing the emotional reason why he hasn't fulfilled Beth's final request yet. Although it has been a few weeks since he suffered the devastating loss of the love of his life, Duane revealed that he is yet to break out of some of his old habits.

"I haven't gotten past the place where I'm still putting a pillow where she was, and covering it up, like the jailhouse escape, right? I mean it. And then I wake up in the middle of the night and I see her and it doesn't register that ain't her. I'm still there. I wake up to always touch her, especially when she was sick I'd have to wake up a few times when she stopped breathing. I couldn't hear it no more. And she's laying and I'm like, 'You are not dying like that. I will not let you die.' So I'm so used to that that I don't sleep solid anymore," he said.

The bounty hunter now leaves Beth's ashes by his bed so as to wake up to continue to wake up to her every morning as he did when she was alive. "I leave it next to the bed right there and I think that might be where it's going to be forever," he reflected. Apart from the emotional toll of Beth's death, Duane has also experienced a sudden weight loss in these past few weeks. The devastated husband revealed that he doesn't have much of an appetite anymore and that he has lost "17 pounds in two weeks."

"I can't eat. Two bites, I'm full. I got to force feed myself like I force fed her," he admitted. Duane also revealed that part of the reason for his sudden weight loss was him struggling to order food at restaurants. Remembering how Beth used to help him order, he said, "I would go, 'What do I want today, honey?' and she would name two things. I never ordered…I'm having a hard time ordering food. I've lost 17 pounds. Chewing ice helps, and I've lost 17 pounds in about two weeks." Despite everything he is going through now, a heartbroken Duane shared that he's "got a whole new look on life."