During his stay at the Animal Friends' shelter, Capone won over many human hearts as he became friends with almost everyone he met. 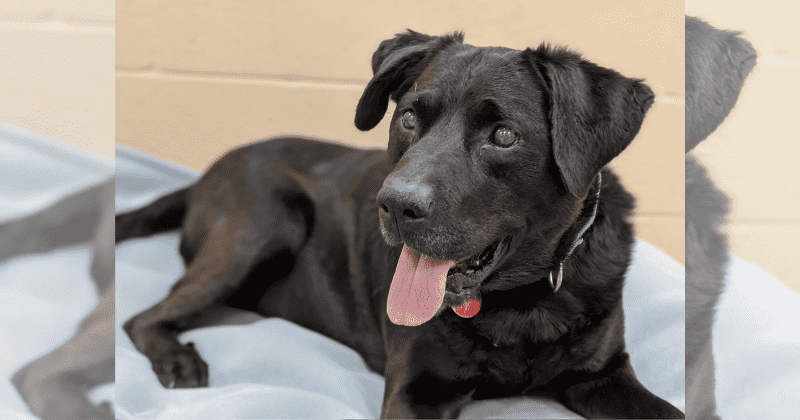 After spending what seems like an eternity at an animal shelter in Pennsylvania, a 10-year-old Labrador retriever mix finally found his forever home. Capone was welcomed into the shelter by the Animal Friends in Pittsburg back in November 2017. During his stay at the Animal Friends' shelter, Capone won over many human hearts as he became friends with almost everyone he met. However, the adorable pooch has been patiently waiting for a family to fall in love with his awesomeness and take him home forever. Although he had to wait for 1,134 days, Capone finally found his pet parents who officially adopted him after fostering him for weeks.

"Since we've welcomed Capone into our home, his transformation has been truly amazing," shared the senior dog's new family, according to WTAE.  "His anxiety has diminished quickly and continues to melt away. He is a good and loving boy who enjoys snuggling and family life. We attribute his success to the care and training he received from the devoted staff and volunteers at Animal Friends, and we thank them for their efforts." The good news was also announced by Animal Friends on their Facebook handle, reports Fox5 Vegas.

They say good things come to those who wait...and that couldn't be more true for our sweet Capone who FINALLY found his new family, read the post. Happy Tails Capone! We're so glad that you have a family of your own and a home for the holidays. The shelter is definitely the one to be thanked and praised for saving Capone's life and finding him a loving home. The shelter's website reveals that "saving lives" is what they aim to do. For more than 75 years, Animal Friends has been saving, impacting, engaging, enriching and affecting the lives of the pets and people of our region. Since our humble beginnings in 1943, we have grown into a full-service companion animal welfare organization serving the pets and people of Pittsburgh and the surrounding area. With our progressive programs, Animal Friends is leading the way toward making our community a safer and more humane place. Simply put, we’re thinking outside the cage!, it read.

Currently, they are trying to ensure the well-being of our animal companions and attempting to eradicate "overpopulation, abuse and unwarranted euthanasia." Such organizations are truly a blessing for our animal friends who are tragically dumped by their heartless owners quite often. Last year, a dog named Tintin was left to fend for himself after his Brazilian owners abandoned him twice in one day. The vulnerable two-legged pet could be seen dumped on a sidewalk in Sao Leopoldo, near Port Alegre by a woman who arrives in a white car. In the video, the poor dog is seen hopping on his hind legs to get to his owner, but the woman heartlessly shoves him away and races off.

The area where he was dropped off was close to the woman's husband's office. When the man found Tintin roaming around aimlessly, he decided to take him to an animal shelter, thus abandoning him for the second time. Anderson Ribeiro, who runs the Secretariat of Animal Protection in Sao Leopoldo, initially thought that dog was lost when the man brought him in. But after involving the authorities, it was revealed that the woman and her husband pretended to have found the dog when in reality they had abandoned him themselves. Luckily for Tintin, Ribeiro took a personal interest in finding a better family for him. Ribeiro assured that prospective owners would have to successfully clear a stringent interview process including family history and home inspection before they can take the dog. We hope that Tintin finally finds a forever home where he is loved unconditionally.