Dog Eats Brownies Made With Xylitol & Dies, Owner Warns Others About Sugar Substitute

Kate Chacksfield wanted to raise awareness about the danger of this sugar substitute for animals after her dog's untimely death. 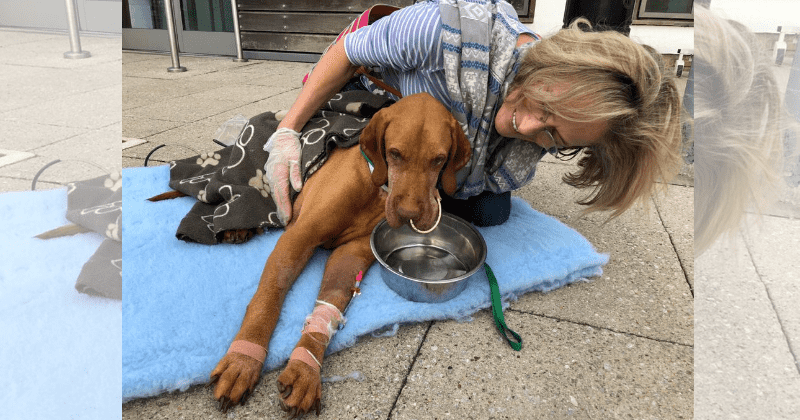 A number of food items that seem fine for human consumption could be extremely harmful to your pets, and what's worse, you might not even be aware of it. One such case is that of Ruby, a vizsla owned by Kate Chacksfield from West London, UK. Her dog snuck in and ate brownies that had the sugar substitute sweetener, Xylitol, in it.  While Ruby did not fall ill immediately, but when she did, her condition deteriorated rapidly. After over eight days of sickness and racking up bills of $13,000, Ruby tragically died. Now, Chacksfield now is warning other pet parents about the dangers of the chemical substitute for their pets.  Some of the side effects of the chemical substitute for sugar include seizures, liver failure, and in extreme circumstances, death.

VCA hospitals explain that even a small dosage of 50 milligrams of xylitol can prove dangerous for dogs. It added, "The higher the dose ingested, the more the risk of liver failure," while also highlighting that the most common source of xylitol poisoning is from "sugar-free gum".' In this case, Chacksfield wasn't aware of the harmful effects of the chemical on animals. She had previously given Ruby cookies that had chocolates or regular sugar before and there had been no adverse effects. Chocolates are also harmful to dogs in large amounts. Chacksfield thought brownies mixed with the xylitol would also not cause any harm either. She also had nothing to be worried about immediately as Ruby did not show any signs of being sick even after nearly two days.

Chacksfield then took Ruby to the vet.  She told PEOPLE, "I had no idea how serious eating natural sweeteners was for dogs, the photos of her on life support still make me cry." Ruby was adopted when she was just a pup and the two were inseparable.  Ruby was taken to The Royal Veterinary College, but it was too late. According to Metro, she said,  "I only made brownies with Xylitol in to reduce the amount of sugar I was eating. But while I was out, Ruby managed to get into the container off the side in the kitchen and eaten a couple. She seemed fine at first and it wasn’t until a couple of days later she began being violently ill and I took her to the vets."

Chacksfield added, "Ruby began being violently sick so I rushed her to the vets so sent her home after checking her over. But soon after she collapsed and we took her back as soon as possible – it was then they started treating her for rat poison because of her symptoms. We just thought she may have eaten some by mistake in the park or something – it never crossed my mind to mention the brownies." Ruby finally died due to liver failure and a suspected stroke. It was only after her dog's sudden and untimely death that the vets told her dog might have died due to xylitol. "I had absolutely no idea Xylitol was harmful to dogs what so ever and I was heartbroken when they told me and I knew it was too late for Ruby," she said.

She added, "I really, really urge other dog owners to read up on the dangers of Xylitol in dogs and urgently take their pets to the vet if they accidentally consume it as it could be the difference between life and death." Other products that have xylitol are sweets and gum that claim to be sugar-free, baking mixes and peanut butter.