It turns out the love of your dog may be the push you need after all. 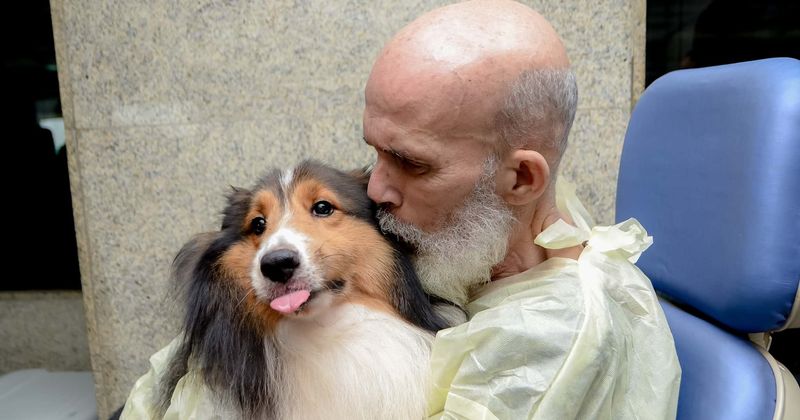 They say laughter is the best medicine, but sometimes it's the warm embrace of your beloved dog that might help a little bit more. A doctor in São José, Brazil, was amazed to see his patient's condition improve significantly after a short meeting with his dog. Flavio Santos has been in the Hospital Memorial São José for the last few weeks, being treated for cancer. With the treatment no doubt a difficult experience to endure, Santos' discomfort was compounded by the fact that he was away from his dog, Agadir. When nurses at the hospital found out how much Santos missed his dog, they decided to organize a visit.

Santos' reunion with Agadir was emotional for everyone involved, but its impact went far deeper than what it seemed. Doctors noticed that Santos' condition had markedly improved after his delightful visit with Agadir. His overall outlook and demeanor seemed completely transformed. "I was surprised," Dr. Rodrigo Tancredi told local news outlet Globo. "He was conscious, oriented and talking."

Tancredi explained further that visits from pets appear to have both psychological and physical benefits, and result in an increased appetite and lower heart rate and blood pressure in the concerned patient. This was reportedly the first time that a patient's pet was allowed to drop by for a visit at the Hospital Memorial São José, but given the immense impact it had, it will hopefully open avenues for more such visits for other patients.

"We visibly noticed his improvement the other day," Tancredi said of his patient. "The improvement occurred in a gradual way and remains." In fact, one little visit from Agadir seems to have helped so greatly that the pair may be reunited again much earlier than expected! "I talked about the possibility of him being discharged from the hospital," said Tancredi.