36-year-old Bex Clifton claimed she was thrown out of a Sainsbury store by a staff member who shouted at her in front of customers. 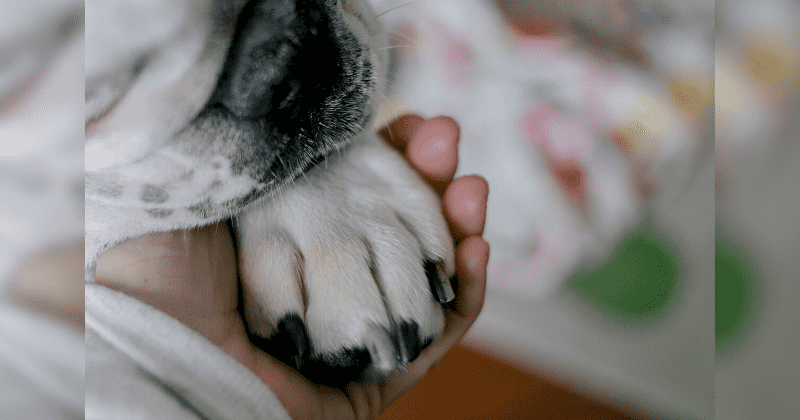 Over the past few years, the emotional support animal trend has been on a rapid rise causing concern to establishments that aren't quite comfortable with having animals inside their premises. However, many individuals rely on their emotional support pals and feel discriminated when their furry friends aren't welcome. A disabled mother-of-two recently found herself in such an uncomfortable situation when she was asked to leave a supermarket by a staff member who claimed her emotional support dog wasn't "real." 36-year-old Bex Clifton claimed she was thrown that the Sainsbury store staff member "shouted" at her in front of customers.

According to Daily Mail, Clifton, who has mental health issues and a heart condition, had been in the store in Basingstoke, Hampshire, for 25 minutes when a staff member spotted her emotional support dog Maxxy and asked her to leave the premises. The Sainsbury employee claimed the nine-year-old Jack Russell Collie cross wasn't a real service dog and therefore had to be removed from the store, Clifton revealed. The woman said the employee's behavior made her feel "discriminated" against and hence returned the next day to complain to the in-store manager about the troubling incident.

However, the same staff member is said to have stopped her from meeting the manager. With no other option left to voice her concerns, the Basingstoke resident then had to escalate the matter with Sainsbury's customer services. Although she has since received an apology from the retailer, as well as a voucher as a goodwill gesture, Clifton says the experience made her feel discriminated. "It made me feel discriminated against. I've got a disability and them shouting at me made me feel discriminated. The second time my daughter was with me and she was in tears," she said.

Clifton added, "[The Sainsbury's worker] was shouting from the customer service desk to the door 'he's not a service dog. Everyone was looking at us and it was making us feel different. This was about raising awareness. A lot of people don't really know what an assistance dog really is, everyone thinks it's a guide dog and that's it. Not many people have heard of emotional support animals."

Following the incident on December 2, Sainsbury offered the customer a full apology. Responding to the incident, a spokesperson said, "We have apologized to Rebecca for her experience and provided her with a gesture of goodwill so that we can welcome her back into the store with Maxxy." Speaking to the Basingstoke Gazette, Clifton revealed that her dog Maxxy is trained to kick into action in the event her heart condition causes her to faint or suffer a medical episode. She added that her mental health had improved massively since having him and that she had never before had any trouble with taking him with her everywhere she goes.