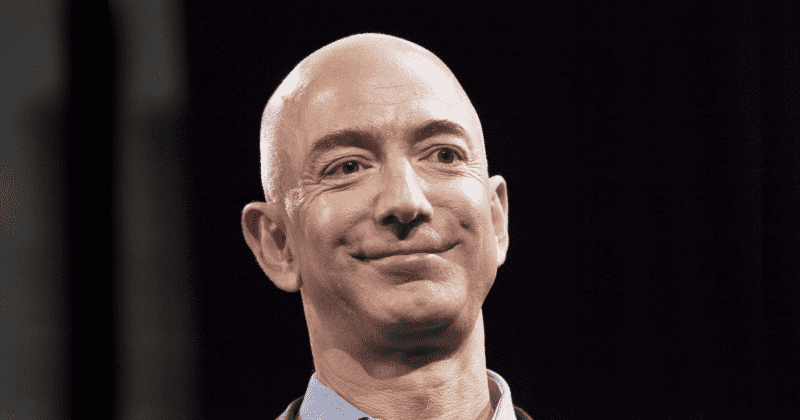 For a brief moment, Twitter users thought Jeff Bezos, the world's richest man in the world, had died on Tuesday, July. After creating a temporary furor on Twitter, it emerged that it was just a hoax started by a few bored Twitter users. #Ripjeffbezos was trending on Tuesday, July. The rumor claimed that the CEP and President of the multinational technology company Amazon had died by drowning in the Amazon river in South America. The new rumor comes on the back of another recent rumor that Ellen DeGeneres had died.

Jeff Bezos had been in the news recently after Amazon's stock hit a record high. While the world economy has been struggling with millions being unemployed and struggling to make ends meet on account of the Coronavirus pandemic, billionaires like Jeff Bezos have been making a killing. It also pointed to the evergrowing divide between the super-rich and the average worker. The rumors of the billionaire dying started after a few decided to trend #RIPJeffbezos on Twitter. Condolences and snide remarks poured in as the fake news spread. Twitter user Angel wrote: I’m literally sobbing. first Ellen now Jeff. I can’t believe he drowned in the amazon river. he didn’t deserve this. Ok maybe he did, yeah he definitely deserved this.

Twitter was soon flooded with 'Jeff Bezos' memes. Countless posts with random bald white guys including that of Voldemort. One Twitter user joked about the billionaire's money being distributed across the world. The Twitter user commented: #ripjeffbezos Jeff Bezos wrote everybody on earth's name in his will, we will all be getting $25.57. One user, Jared, jokingly wrote: Your creation of the Amazon Rainforest has and will continue to impact society greatly. Joe Pags slammed Twitter for not shutting down fake trends such as #RipJeffBezos. "Hey Jack, why are you and the algorithm okay with these #RIP trends when the person is alive? Do you want to be a site people can rely on for information? Or not?" wrote Pags before adding the hashtag #ripjeffbezos.

#ripjeffbezos
The guillotines have to begin with somebody. Why not start at the top. Trickle down economics, as they say. pic.twitter.com/99zAh58xwC

After exploiting his workers for years, Jeff Bezos promised to increase the minimum wage to $15 an hour by the end of 2020. The billionaire only acted after sustained pressure from employees and politicians like Bernie Sanders. The Vermont senator had introduced a bill called Stop BEZOS Act to force large employers to raise wages by taxing them when their workers need to rely on public benefits like food stamps, reported Wired. After Jeff Bezos made the announcement, Senator Sanders said, “Bottom line is that in the richest county in the history of the world, no full-time employee should be living in poverty.”

Why do they always take the good one 😭😭#ripjeffbezos pic.twitter.com/ewe3rH079S

Last week, #RipEllen trended on Twitter, leaving many confused. Ellen DeGeneres was perfectly fine by New York Post said the trend was in response to the possible cancellation of her show. Rumors of Ellen being mean to her staff and guests have caused many to speculate if her show would get canceled. However, the Producers confirmed that they weren't planning on canceling DeGeneres' show. People shared images of celebs with even a remote likeness to Ellen, mocking the fake news.

Me lookin through the #ripellen tweets, and trying to find out what is going on pic.twitter.com/B3eM7F2HwG

Ellen DeGeneres had faced a huge backlash on Twitter after she compared her self-isolation in the comfort of her California mansion to being in prison. There were also rumors that she was incredibly mean to people off-camera. Benjamin Siemon, a TV writer, revealed: A new staff member was told "every day she picks someone different to really hate. It's not your fault, just suck it up for the day and she'll be mean to someone else the next day. They didn't believe it but it ended up being entirely true.