trending celebrity people lifestyle news animals
In Diana's Final Phonecall, She Said She Wanted To Come Back To See Her Sons & Make A Fresh Start

In Diana's Final Phonecall, She Said She Wanted To Come Back To See Her Sons & Make A Fresh Start

Friend and reporter Richard Kay recalled the last phone call he had with Princess Diana before she died in 1997. 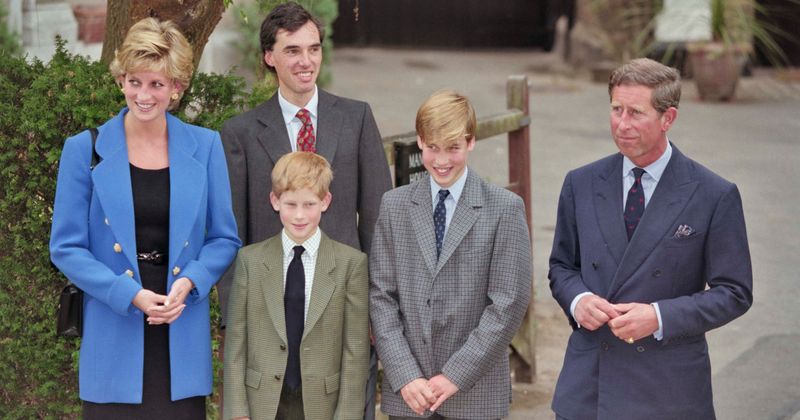 Richard Kay, a longtime royal reporter, and friend of Princess Diana recalled their final phone call on the night of her shocking 1997 death in Paris. On August 31, 1997, Diana died in a car crash in the Pont de l'Alma tunnel in Paris while fleeing the paparazzi. The fatal car crash also resulted in the death of her rumored partner Dodi Fayed and driver Henri Paul. Diana's death came a little over a year after her divorce from Prince Charles, which was finalized on August 28, 1996. Now, in the upcoming Diana documentary Kay is opening up about the last conversation he had with the then 36-year-old princess.

"I spoke to her that night," he recalled to The Mirror. "[The] police said that the last call she made was to me." The mother of Prince William and Prince Harry, then 15 and 12, was "in quite a good place," shared Kay. But above all, "she wanted to come back and see her boys." Diana was also eager to start a new chapter in her life. "She was desperate to try and make a fresh start and do something different," said Kay, "to explore a different kind of royalty."

Diana always tried to give her boys a sense of “normal life”. she would take them to mc donald’s as well as charities, wait in line at parks and at home she asked the staff to refer to them only as william and harry and not by any royal title. ✨ pic.twitter.com/TLSPGyVJBH

The new documentary will dive into Diana's life both in front of the spotlight and off it. Jo Clinton-Davis from ITV said, “This year would have been Diana’s 60th birthday, and the intention with this landmark documentary is to offer the definitive account of her life, both in front of the cameras and behind the scenes. It is a difficult undertaking to shed new light on the most emotional, dramatic and pivotal elements of the life of Diana, when that light still burns brightly. But by delving deep into her relationships with friends, colleagues and staff, our aim is to provide a vivid portrayal of the woman who became known as the Queen of Hearts.”

happy fathers day to princess diana who had to fill in the role of a father for her kids pic.twitter.com/SfuARObXp1

"The People's Princess" would have celebrated her 60th birthday on July 1. Her sons William and Harry will be reuniting for the first time since the funeral of their grandfather, Prince Philip, in May, to commemorate their mother on her birthday by unveiling a statue dedicated to her on the grounds of Kensington Palace. "It will be an emotional day," said her brother Charles, Earl of Spencer, "but it will be a tribute to a much missed and much loved sister, mother, etc."

Why Princess Diana's Brother Thinks Her 60th Birthday Will Be an "Emotional Day" https://t.co/w8stFkCdxr

Prince William, 38, and Prince Harry, 35, issued a rare joint statement announcing that the statue will stand in the garden of their mother's former home, Kensington Palace, and help people "reflect on her life and legacy."

Prince William and Prince Harry to unveil a statue of Princess Dianahttps://t.co/4m0RWUo9p3 pic.twitter.com/byHEI2Pcer

Diana's legacy seems to be living on amongst her family members. Harry and wife Meghan Markle's first daughter, who was born on June 4, shares her middle name with Diana. Baby Lili also shares her middle name with her 6-year-old cousin, William, and Kate's daughter Princess Charlotte. Diana's friend and personal astrologer told PEOPLE, "Diana would have been so touched by both her granddaughters sharing her name. She would have been absolutely thrilled, and it's a beautiful gesture of love from both her boys."

#MeghanMarkle will be staying at home with baby Lili while #PrinceHarry heads to London to unveil Princess Diana's statue https://t.co/DVenYErqwG

Harry has previously opened up in the 2017 documentary Our Mother Diana: Her Life and Legacy about his final phone call with his mom, and the painful regret he still carries. Harry was only 12 years old when he last spoke to his mother. It was a short call, as the brothers were in the midst of a game with their cousins.  "If I’d known that that was the last time I was going to speak to my mother, the things that I would—the things I would have said to her," Harry said in the moving documentary. Speaking to reporters prior to the film's release, he said he still thought about his mom constantly. "There’s not a day that William and I don’t wish that she was still around," he said. "We wonder what kind of a mother she would be now, and what kind of a public role she would have, and what a difference she would be making."