Charles reportedly admitted that he never loved Diana. Unfortunately, that's all the Princess ever wanted. 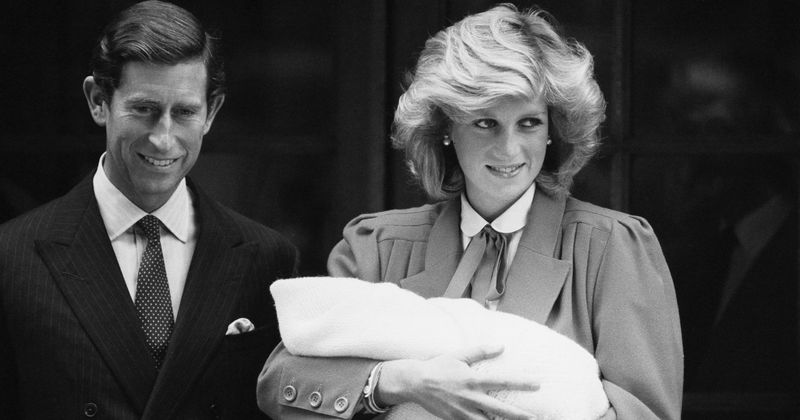 Princess Diana and Prince Charles' marriage tells a heartbreaking story that fairytales don't always exist. That a Princess doesn't always find her Prince and live happily ever after - especially in the British monarchy which is often criticized for its stiff upper lip-type traditions. Princess Diana always hoped a romantic love story would unfold between herself and Prince Charles but that was never meant to be. He always had his heart set on another: Camilla Parker Bowles, who he eventually married.

engagements, it wasn’t until Prince Charles played at a polo match the two would meet. Unfortunately the palace didn’t feel Camilla was suitable for Prince Charles as he was the future king. pic.twitter.com/wWIuIGtdNr

The late Princess of Wales was young and naive when she married Charles on 29 July 1981. She hoped to be Charles' princess most of all. Years later, she realized her husband was much fonder of someone else.  In recorded tapes that revealed her side of the story, Princess Diana called her wedding day, “the worst day of my life". By the time of Prince Harry's birth in 1984, Princess Diana had known that her husband didn't love her at all. The night the little prince was born, she cried herself to sleep.

Princess Diana’s Assistant Reveals That The Princess Cried Herself To Sleep When Harry Was Born https://t.co/agFlKae2k8 pic.twitter.com/CIDs0yZuDo

According to The Sun, former butler Paul Burrell, who worked with Diana for ten years until her death, revealed, “I could see the cracks in the marriage getting wider and wider. Diana confided in me that on the night Harry was born, she cried herself to sleep. She said, ‘I knew my marriage was over’.” Burrell also said Prince Charles told her his duty as a husband was “done”. He added, “He’d provided the country with an ‘heir and a spare’, and could now resume his relationship with Miss Camilla Parker Bowles.”

Princess Diana cried herself to sleep the night Harry was born after Sir Prince Charles said his duty as a husband… https://t.co/sOXSlp8gZ9 pic.twitter.com/50w6uXuDv8

Andrew Morton, Princess Diana’s biographer, shared that Diana was “hopeful” Charles’ relationship with Camilla would come to an end. He said, “When I interviewed Diana for her biography, she told me about the moment she stood at the entrance of St Paul's Cathedral. She said she had hope brimming in her heart and as she walked down the aisle as she looked at Camilla Parker Bowles – who she knew was Prince Charles’ mistress. She hoped the relationship was over, sadly it wasn’t.”

Royal fashion historian James Sherwood added that, in her huge Emanuel wedding dress, Diana appeared as a “sacrificial lamb”. He said, “I remember the fairytale wedding dress designed by Emanuel. I feel like she looked like a sacrificial lamb in a way, all dressed up in this great big wedding cake of a dress.”

I'm on @1003WNIC on a 4th of July #iHeart80s Weekend! Did you know a billion people tuned in to see Prince Charles and Lady Diana get married in 1981. pic.twitter.com/mCZ5UI5MrO

Of course, there is Charles' side of the story as well. He reportedly admitted that he never loved Diana. According to The Seattle Times in 1994, Charles shared his true feelings about Diana in a biography. When Diana heard what he had said, she was crushed. "She is devastated. She can hardly believe what her husband has done to her. On the advice of her friends and presumably her lawyers, she is keeping her head down and saying nothing," said Diana's friend.

Not only did he say he never loved Princess Diana, he said didn't want to marry her but he also said he was in a "nightmare marriage with a bored, bulimic, self-absorbed, and obsessively jealous young wife."  Later, the book said that he was in "total agony about the situation".  He wrote: "I don't see how much longer one can go on trying to sweep it under the carpet and pretend nothing is wrong."

It has long been said that Prince Charles was in a way, "forced" to marry Diana into a loveless marriage. Prince Philip, Duke of Edinburgh, apparently made Charles marry her in 1981 as her reputation and that of the royal family was being "compromised" due to her visits to Balmoral castle. Diana had been only 18 at the time while Charles was 30. "The prince interpreted his father's attitude as an ultimatum," the book, Prince Charles: A Biography, said. He married Diana in a "confused and anxious state of mind."

If only the Prince was able to stand up to his father and refuse the marriage, perhaps it would perhaps have saved the former couple, a whole world of pain.