Devastated Mom Walked Into Hotel Lobby With Dead Baby Daughter In Her Arms, Crying For Help

Madina Barakat claimed that her pilot husband had killed their child. 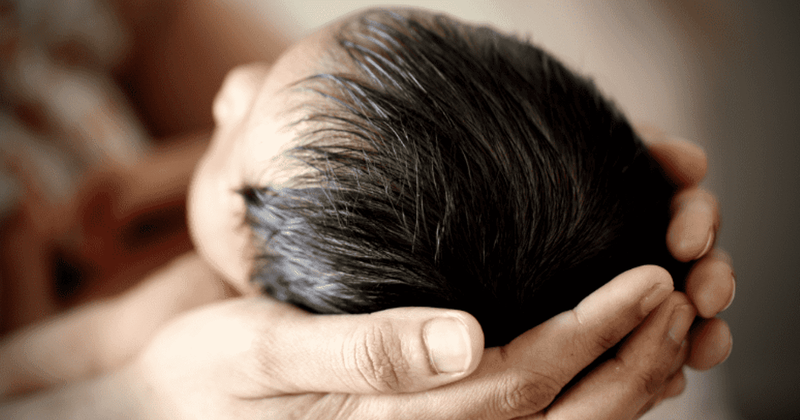 Trigger Warning: The story has details of child assault resulting in death that readers will find disturbing

Distressing footage of a mother at a hotel lobby, carrying the lifeless body of her child and desperately asking for help from the staff emerged during a trial. The mom claimed her one-year-old child had been beaten to death by her pilot husband. Surveillance footage showed 23-year-old Madina Barakat, plead with the staff of the five-star InterContinental Hotel in Almaty, Kazakhstan, for assistance as she briefly puts her baby's daughter on the reception counter. She later sinks to the ground with her daughter in her lap but is helped by staffers who ask her to move to the lounge area nearby where she collapses shortly after. The footage ends with medics tending to the child who was pronounced dead later reports Daily Mail.

According to the hotel staff, Madina had blamed her husband for her child's death. She was heard shouting: "He killed my child, he hit her." The Scottish Sun reports that Barakat punched his wife on the head before she escaped. He then turned his anger towards their daughter who he picked up from the cot and "forcefully hit the walls and doors of the hotel room with her head." He later placed her at the entrance of the hotel door. His violent outburst was because his wife called up the airline he was working for to report that he was "ill" after a night of partying.

Madina's husband, Mohamed Barakat, who pleads not guilty told the trial that his daughter's death was an "accident" in the hotel room when he suffered a "seizure." He is said to have a long history of suffering from epilepsy, since 1996-97 after a car accident in London. Barakat also claimed that doctors in Hong Kong and Malaysia involved in his medical checks as a pilot knew about his condition.

Brit pilot 'crushed skull of daughter, 1, by banging her head on wall’https://t.co/ZQFAs40IkW pic.twitter.com/wfB8mhOao8

When Judge Bakhytkhan Bakirbayev asked Barakat about his daughter's "injuries from multiple impacts," Barakat said, "I had a seizure. I don't remember anything about what happened to Sophia. You are asking me to give you information while I was in a seizure but I cannot give you any. There was absolutely no possibility that I ever hurt a single hair on her head. Conscious or unconscious, I would never, ever hurt my own daughter." He also denied taking "illegal substances" or in a drunken rage following a night out the previous day, even though evidence suggested that he may have been on them between flights.

Take his license away lock him with some kind inmates 😡

Madina earlier suggested her husband had some cannabis in his hotel room before the incident, but authorities did not find any evidence. Barakat also alleged that a senior police officer demanded money from him in a bribery attempt so as to "reclassify the case" and change the charges of murder to accidental death in 2019. The same officer had ruled the death as accidental, yet "demanded $1,000 in cash from Madina so that she could speak to him in police detention."  His wife, Madina, who once accused him of murder, changed her statement later on and denied that her husband had anything to do with their child's death. She said, "I don't believe my husband killed our daughter as there are no reasons and motives for this."