ABC gave fans what they want and had 'McDreamy' return in the new season's premiere and 'reunite' with Grey. 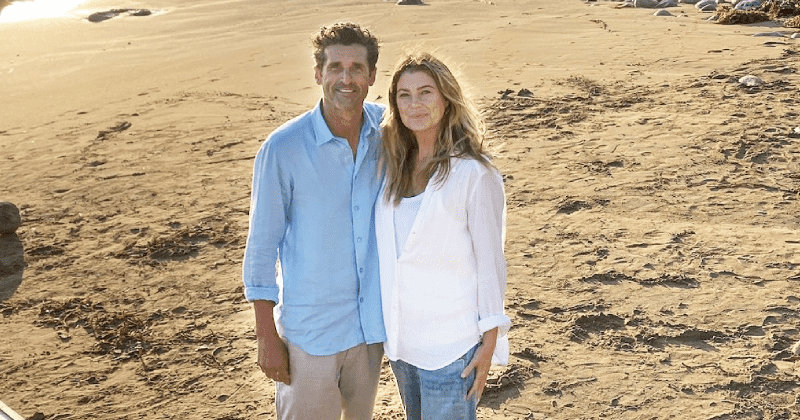 Patrick Dempsey left Grey's Anatomy in 2015 and we're still not over it. As we try to make peace with his departure, McDreamy, has made a rather dreamy comeback. Yes, you heard that right! McDreamy is making a comeback on the show in the new season. The Coronavirus pandemic has been a difficult time for all of us but we're now counting our small blessings to make it through these dark times and McDreamy's return certainly ranks high up there for us. MerDer is easily one of the highlights of the show that's been running 17 seasons now and watching McDreamy die in a car accident was a lot to take for the fans of the show in 2015.

As you know, season 16 didn't have the planned finale as production was cut short due to the spread of the Coronavirus pandemic. The makers have made up for it with a brilliant 2-hour season 17 premiere. Dempsey, who played Derek “McDreamy” Shepherd for 11 seasons, made a grand return, in a dream-like sequence. The series has done ever so well capturing the struggles of the healthcare workers and at a time when their real-life counterparts are risking their lives by fighting the pandemic, the series has paid tribute to them in a fitting manner. The episode, a crossover event with lead-in “Station 19,” had ended with Meredith Grey, played by Ellen Pompeo, collapsing in the hospital’s parking lot after a long day at work. She is then found by co-worker Cormac Hayes (Richard Flood). As Cormac tries to awaken Grey, the scene transitions to Meredith standing on a deserted beach.

She seems lost and then hears a voice call out, “Meredith!” As she turns, she the love of her life, Derek Shepherd waving out to her and calling her. Showrunner Krista Vernoff said the new season premiere and season itself was a tribute to the healthcare workers and to the fans of the show. “The most important task we had this season was to honor the reality of this global pandemic and the impact it’s having — particularly on healthcare workers,” said Vernoff said in a statement. “Along with that, we had to come up with creative ways to allow our show to still be fun and romantic and provide some escapism. Enter Patrick Dempsey.” The beach served as a bubble outside of the pandemic, that's become a harsh reality for all of us.

Vernoff said it wasn't easy to pull off the show during the pandemic. “Season 17 has been a Herculean effort by our cast, our crew, our writers and our partners at Disney and ABC — and we are proud of it,” said Vernoff, before acknowledging the efforts of the healthcare workers. “But our effort is nothing compared to the work of our frontline healthcare workers to whom this season is dedicated. We hope our show inspires you to wear your masks to protect them and each other. As Derek Shepherd would say, ‘It’s a beautiful day to save lives.’”

This will be the first season without Justin Chambers as Alex Karev. He had announced in January this year that he was saying goodbye to the show. Alex Karev didn't exactly get the farewell as planned due to the circumstances, and fans are hoping he makes a comeback sometime. His final episode was the show's 350th episode, which aired on November 14 last year. In a statement to Deadline, Chambers said, "There’s no good time to say goodbye to a show and character that’s defined so much of my life for the past 15 years. For some time now, however, I have hoped to diversify my acting roles and career choices. And, as I turn 50 and am blessed with my remarkable, supportive wife and five wonderful children, now is that time.”