Denzel Washington And His Wife Pauletta Have Been Married For Nearly 40 Years, Here's Their Secret 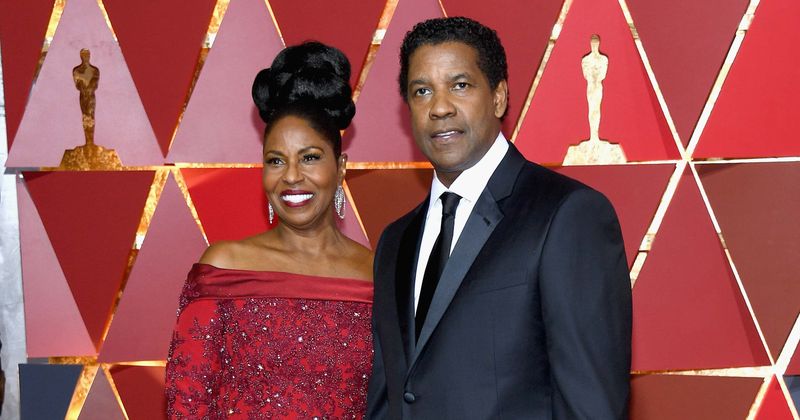 Oscar-winning actor Denzel Washington and his wife Pauletta have been together for nearly four decades! The two talented actors are also proud parents of four kids. Over the years, just like any couple, they have had their share of ups and downs but the couple continues to prove that they are as in love with each other as they’ve ever been. The two first met on the set of the 1977 TV movie Wilma but dated only a year after.

Denzel & Pauletta Washington look so perfect in each other’s company that it immediately makes us think of love at first sight. But in fact, it took Denzel a year to convince Pauletta to go on a date with him after getting to know her on the set of the film Wilma! #GoldClassLove pic.twitter.com/zri3p4O2HT

“The first movie I ever did — TV movie — was about Wilma Rudolph and I played Wilma Rudolph’s boyfriend,” Denzel Washington recalled on Live with Kelly and Ryan in 2018. “Pauletta was one of the track stars,” he continued. “I met her then, but I didn’t meet her then. I saw her then,” he explained. A year later, the couple had a rather awkward date as Denzel shared the story on Jimmy Kimmel Live. He explained why he and Pauletta still disagree over who actually paid for the date. Denzel playfully argued that Pauletta had to foot the cab fare their first time out together since Denzel "splurged" on their dinner, according to the actor. But Pauletta denies it!

The two got married on June 25, 1983, but proposing was never easy! Speaking with Access Hollywood in 2013, Pauletta revealed that Denzel actually proposed to her three times before he got a YES! “Twice!” Denzel interjected, but his eventual wife quickly set the record straight. “It was three times. I know with age sometimes things [go], the mind,” she joked. “I turned you down twice and the third time we did it.” Denzel curiously asked, "Why was it twice … Why would I have to ask again?" "Because I said no," Pauletta fired back. Taking it all in good stride, Denzel laughed, “You heard it here first: She turned me down, she said no. And since it was three times, that means she turned me down twice.” It looks like one of the key factors that work in this particular relationship is that the two are able to laugh together and tease each other without anyone’s feelings getting hurt!

The couple began to expand their family soon after and had their first child in 1984, a son named John David. They had a daughter, Katia, in 1986 and then in 1991, they had twins Olivia and Malcolm. Fatherhood meant everything to Denzel who once highlighted the importance of having a father figure at home. "It starts in the home," he said to theGrio. "If the father is not in the home, the boy will find a father in the streets. I saw it in my generation and every generation before me, and every one since." The actor also credits his wife in helping him raise his beautiful children. "My children are good people," he said in an interview with The Guardian. "They are not perfect but they are generous and humble and kind. My wife did that." He added, "Everybody has their ups and downs; we've had ours. It's hard work, you know. But we made a commitment. A spiritual foundation helps everything – marriage, work, peace of mind."

The couple's son John David Washington who appeared in the film Malcolm & Marie opened up about his famous parents being his sources of inspiration to PEOPLE. Pauletta Washington gives me inspiration," said John David, 36. "That's my mother, the most consistent person in my life." As for his legendary dad, John David said the Oscar winner is "my favorite actor." "I think the best actor in the industry, in the business, is my father," he said. "I'm inspired by the kind of career he's had and what he's had to do. Again, he's been on the frontline for many years and what he's done with it, with his opportunities, I just am so inspired and continue to be inspired by what he does and how he works and his approach to the craft and the business." Looks like the couple's ability to laugh together, raise their kids with strength and encourage them to achieve their dreams is just some of the beautiful this couple exudes that has helped their relationship soar across decades.

john david washington and denzel washington are so cute together pic.twitter.com/Ossl26wsgo