trending celebrity people lifestyle news animals
Denver Is Sending Health Care Workers To Respond To 911 Calls Instead Of Cops, And It's Working

Denver Is Sending Health Care Workers To Respond To 911 Calls Instead Of Cops, And It's Working

A report of the STAR pilot program shows health care workers are more suited to respond to mental health crises than cops. 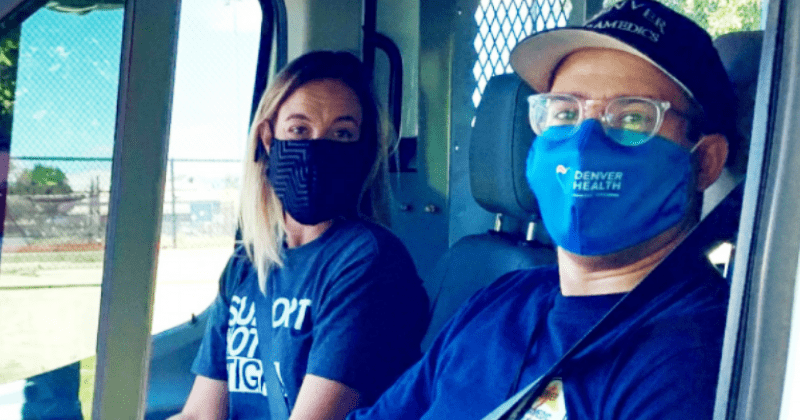 Sending health care workers to respond to some emergency calls, instead of police officers is working wonders in Denver. As in most cities in America, 911 calls are either directed to either the police or the fire department. As part of a pilot program, a small change was implemented in Denver. Emergency calls were also directed to a third track — a two-person team including a medic and a clinician — depending on the nature of the call. The pilot program was the efforts of Support Team Assistance Response (STAR) and appears to show promising results. The pilot program was launched in June and has recorded promising results in its six-month progress report, reported Denverite. The program aims to provide a "person-centric mobile crisis response" to people who are experiencing problems related to mental health, depression, poverty, homelessness, or substance abuse issues.

The healthcare professionals responded to 911 calls in a white van, handling incidents such as trespassing, and mental health crises, as per the report. The Support Team Assisted Response program (STAR) responded to 748 incidents and none of them led to arrests or jail time. This was from a total of 2,500 distress calls. The team also didn't have to call the police, highlighting yet again why it wouldn't be such a bad thing to divert resources from the police. Denver is one of many cities experimenting with an alternative emergency responder model to help people facing mental health crises. Data with regards to such mental health issues show that police officers have been trigger friendly in such situations. According to The Washington Post, on-duty police officers have fatally shot 1,400 people with mental illnesses since 2015. Among those who experienced mental health crises, and were killed by cops, were Daniel Prude in Rochester, New York, and Walter Wallace, Jr. in Philadelphia.

The pilot program comes in the wake of a year that saw police officers killing Black people for no valid reason. The Black Lives Matter protests that followed called for cops to be defunded, demanding solutions such as the pilot program in Denver. The progress report of the program stated that the Denver police responded to nearly 95,000 incidents during the six-month window the program was active. As per the report, an expanded STAR program could reduce police calls by nearly 3%. "Overall, the first six months has kind of been a proof of concept of what we wanted," said Vinnie Cervantes, a member of the Denver Alliance for Street Health Response, one of the organizations involved with the STAR program. "We've continued to try to work to make it something that is truly a community-city partnership.

The data in the progress report revealed the calls were focused in certain areas of the city and were centered around cases involving trespassing and welfare checks. Approximately 68% of people contacted were experiencing homelessness, and cases with mental health concerns formed 61% of cases. Mental health-related calls were mostly related to schizoaffective disorder, bipolar disorder, and major depressive disorder, with 33% of people having co-occurring conditions, said the report.

The Denver program has been modeled after the Crisis Assistance Helping Out On The Streets (CAHOOTS) in Eugene, Oregon. CAHOOTS focussed on mental health-related crises and used techniques aimed at harm reduction. Following the positive results of the six-month pilot, the city is responding by allocating allocated $1.4 million in the city's budget to continue the STAR program, according to the report. Dr. Matthew Lunn, program member and strategic initiatives coordinator for the DPD, believes the police officers also believe in the program and want to utilize it. “I think it shows how much officers are buying into this, realizing that these individuals need a focused level of care,” said Lunn, who authored the report.

Denver Police Department (DPD) chief Paul Pazen called STAR a "great program" and believes classifying the distress calls into more tacks helps make the cops' jobs easier. “I want the police department to focus on police issues,” said Pazen. “We have more than enough work with regards to violent crime, property crime, and traffic safety, and if something like STAR or any other support system can lighten the load on mental health calls for service, substance abuse calls for service, and low-level issues, that frees up law enforcement to address crime issues.”