trending celebrity people lifestyle news animals
Demi Lovato Was Raped As A Teen During Her Disney Years: "I Lost My Virginity In a Rape"

Demi Lovato Was Raped As A Teen During Her Disney Years: "I Lost My Virginity In a Rape"

The 28-year-old singer talked about her experience with trauma in her new documentary, "Dancing With the Devil". 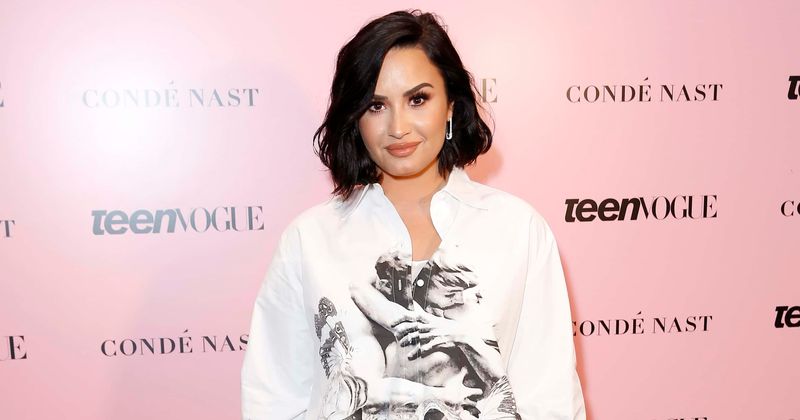 Trigger Warning: The story has details of rape and drug overdose that readers may find disturbing

Singer Demi Lovato opened up about her personal struggles and painful experiences in the four-part documentary Demi Lovato: Dancing with the Devil, directed by Michael D. Ratner. One traumatic experience she shared was the time she was raped when she was a child star on Disney Channel, reports Insider. The "Stronger" singer said it happened when she was a teen with a boy she was "hooking up" with.

"We were hooking up, but I said, 'Hey, this is not going any farther. I'm a virgin and I don't want to lose it this way.' That didn't matter to them, they did it anyway," she said in the documentary film. "And I internalized it and I told myself that it was my fault, because I still went in the room with him," Lovato added. "I still hooked up with him." The singer elaborated that she tried to call "that person back a month later and tried to make it right by being in control, and all it did was just make me feel worse.  And I really beat myself up for years, which is also why I had a really hard time coming to terms with the fact that it was a rape when it happened."

'I lost my virginity in a rape': Demi Lovato reveals she was raped as a teenager when she was acting on Disney Channel https://t.co/eqZB0TQ5oM

The Camp Rock star also pointed out how her traumatic experience as a teen was made more complicated by her role as "a little child star 'role model." Many young Disney stars had to maintain a facade of portraying an image of "purity." "I was a part of that Disney crowd that publicly said they were waiting 'til marriage. And then I had to see this person all the time. And so I stopped eating and coped in other ways: cutting, throwing up, whatever." The powerful vocalist also pointed out how she found it difficult speaking about sexual assault because the "Christian, Southern girl inside of me" didn't process the incident as rape. She was also worried about not being believed.

US singer Demi Lovato revealed she was raped as a virgin during her teenage years as a Disney Channel actress and pop star.

"My 'Me Too' story is me telling somebody that someone did this to me, and they never got in trouble for it. They never got taken out of the movie they were in," she said.
"But I've just kept it quiet because I've always had something to say and it's like, I don't know, I'm tired of opening my mouth," she added. "There's the tea." The 28-year-old also spoke about her near-fatal 2018 drug overdose where she ended up having three strokes and a heart attack in the hospital.

Demi Lovato on life after surviving overdose: I had to "essentially die to wake up" https://t.co/1SN7kajUBn pic.twitter.com/kgnzdAfnvt

"I was left with brain damage, and I still deal with the effects of that today. I don't drive a car, because I have blind spots on my vision," she said. "And I also for a long time had a really hard time reading. It was a big deal when I was able to read out of a book, which was like two months later because my vision was so blurry. I dealt with a lot of the repercussions and I feel like they are still there to remind me of what could happen if I ever get into a dark place again," she added. "I'm grateful for those reminders, but I'm so grateful that I was someone that didn't have to do a lot of rehabbing. The rehabbing came on the emotional side."

Demi Lovato opens up about her 2018 overdose in the trailer for #DancingWithTheDevil. Watch: https://t.co/L9MadSPuC4

Lovato told PEOPLE that she "wouldn't change a thing" about what happened as part of the aftermath of the overdose. "Everything had to happen in order for me to learn the lessons that I learned. It was a painful journey, and I look back and sometimes I get sad when I think of the pain that I had to endure to overcome what I have, but I don't regret anything. I'm so proud of the person I am today," she added. "And I'm so proud that people get to see it in this documentary and I couldn't be more grateful that I had someone by my side."