Jimmy Kimmel posted the video after Mike Pence requested the host to apologize for an earlier video featured on the show. 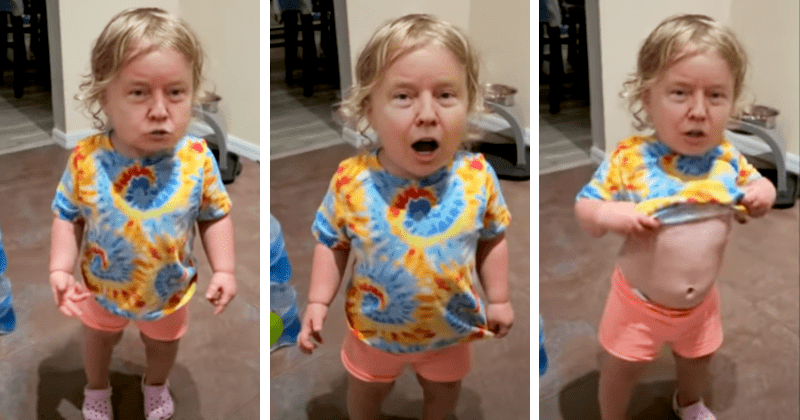 Donald Trump has often been accused of throwing tantrums like a baby and repeatedly called a liar throughout his stint at the White House. Jimmy Kimmel has now married the two thoughts and posted a deepfake video of Trump as a lying baby and it's hilarious. It all started after Trump's supporters incessantly attacked Jimmy Kimmel over the weekend, accusing him of 'doctoring' a video of Vice President Mike Pence asking if he could carry empty boxes of hospital supplies on camera as a publicity stunt. The video was not doctored but Mike Pence's team claimed he was only joking. Pence's team claimed Jimmy Kimmel would have realized that Mike Pence was joking if he'd watched all 29 minutes of the C-SPAN footage of Mike Pence delivering hospital supplies. Not to mention Pence wasn't wearing a mask while delivering PPE's for use at care homes.

"Mike Pence pretending to carry empty PPEs into a hospital is the perfect metaphor for who he is and what he’s doing. A big box of nothing delivering another box of nothing," said Kimmel in the video. Kimmel rebuked claims he had doctored the video. “It was not a doctored video, by the way, we didn’t do anything to it,” said the host. “Doctors are the people Donald Trump doesn’t listen to. And doctored videos are something Donald Trump posts all the time,” said Kimmel pointing to Trump's habit of spewing misinformation on his Twitter timeline.

Despite not having doctored the video, Kimmel respected the Vice President's wishes and took down the video and posted a sarcastic apology on Twitter, writing: It would appear that Vice President was joking about carrying empty boxes for a staged publicity stunt. The full video reveals that he was carrying full boxes for a staged publicity stunt. My apologies. I know how dearly this administration values truth. Trump also got on the case, tweeting fervently, slamming Kimmel. “More Fake News, this time from Jimmy Kimmel’s last-place show,” wrote Trump two days after Kimmel had already apologized. Trump's rabid group of supporters attacked Kimmel continuously on Twitter and sent death threats to his wife and kids, as all right-wing bots are trained to do.

"The outpouring of venom was disgusting. Stupid too, but mostly disgusting,” said Kimmel on his show. “Some of these lunatics have the audacity to use the word Christian in their bios, but that didn’t stop them from wishing death on me, on my family, on my son. Some of them said they hope my son dies, they threatened my wife. There were hundreds of horrible, hateful, sometimes violent Twitter and Facebook posts because I showed what they kept calling a doctored video.”

Vice President Mike Pence wasn't done with Kimmel yet. His team sent an email calling for Kimmel to apologize on his late-night show. “Because this is what they’re thinking about while thousands of Americans are dying every day, jokes from late-night talk show hosts,” said Kimmel, on Monday's edition of Jimmy Kimmel Live, reported Vanity Fair. “It was my mistake. I do apologize to the vice president.” Kimmel apologized and then took Pence and the administration apart as he listed a list of items that they needed to apologize for, including separating migrant children from their parents, using campaign money to pay off a porn star, mocking both 16-year-old climate activist Greta Thunberg and targeting Christine Blasey Ford before finally calling on the Trump administration to apologize over their handling of the health crisis and thousands of deaths.

Jimmy Kimmel then landed the knockout blow as he finished his monologue by playing an actual doctored video showing Donald Trump as a baby lying about all the things that he did. The original video showed a baby lying about not touching dog food but the video on Kimmel's show superimposed Trump's face on to the baby which made it all the more hilarious.