Instead of storming off to find the manager, the woman escalated the situation to violence. 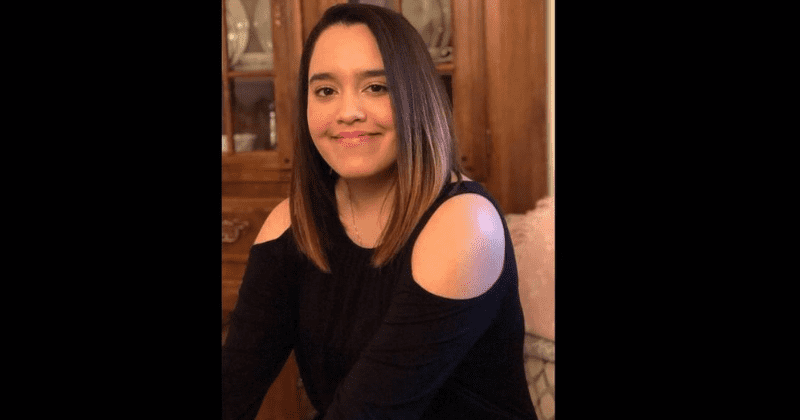 Liberty Gratz is deaf and has peripheral blindness. She works at the Publix grocery store in Midlothian, Virginia. Given that she interacts with a lot of hearing people, she carries a pen and paper to communicate with customers who need help finding things. On Thursday, an unfortunate incident took place in the store when she was kneeling in front of a lower shelf. A customer had approached her with a question but Gratz could not see or hear the woman. The customer perceived this as a sign of rudeness, and immediately hauled off and punched Gratz in the back.

She really did. She even helped the lady after she punched her! Incredible grace.

“All of a sudden, I felt some woman hit me in my back,” Gratz told WRIC, with her mother interpreting. All the customer had to do was find the manager to find out the truth about the situation. Instead, she decided to take matters into her own hands and reacted violently. "I'm going to whup this young lady in public to get what I want," she said. What's even more unbelievable is that Gratz, despite her pain and disorientation, showed a supernatural grace and helped her attacker anyway.

#Publix needs to make the video public so that the ppl can view it & see who that damn woman is & send her to jail & make her pay! I’m sure she must have told someone & that someone needs to turn her in!!! Show us the video @publix

Instead of pressing charges on the customer, or try to have the woman banned from the store, she only wanted to talk to her mystery assailant to find out why exactly she reacted like that. This is nothing short of pure goodness and she wanted to help the customer take a different perspective despite the kind of aggressive tendencies she exhibited. Liberty said: “They kept looking again and again and again, but you couldn’t see because there were so many people blocking the camera,” Liberty said, “It was hard for me to really see her face to make sure it was the right person.”

What is wrong with people these days? Omg.

"I know hurt people usually are the ones that hurt people. And so whoever it is, they've been prayed for. I will continue to pray for them, and I hope that things get better in their life so they can be better to other people," Gratz's mother told KETV. Most of us would have called for some kind of justice to be undertaken. After all, even if she was being blatantly rude, no one has a right to lay their hands on another. Gratz has chosen to set an example, and she's drawing attention to disability-rights advocates like her in the process. We could all probably take a cue and err on the side of kindness and compassion.

The poor girl still helped the customer after all of this too. And she didn't even recieve an apology!!

"At this point, Liberty was stunned, but turned and told the lady she couldn’t hear by pointing to her ear and shaking her head no," Her mother, Jeanette said, according to CBS 17. "She handed the lady a pen and paper so she could tell her what she needed, then showed her where it was. She said the lady still acted and looked angry while she was helping her." "How would you feel if you were working and someone just came up behind you and decided to punch you?" asked Jeanette Gratz.

No respect for anyone, that's the problem with some people today. She could have just tapped her on the shoulder instead of punching her! I hope they find the lady! I've worked with disabled adults and I don't tolerate people disrespecting them! It make me very angry!

While it is mostly a lesser-heard-of fact, conditions, where a person has little or no useful hearing and sight, are called Deafblind. The deafblind community is very diverse, with different degrees of vision and auditory loss.  Helen Keller was a well-known example of a deafblind individual when there were roughly 35,000-40,000 United States residents who are deafblind.