The arrival of the Asian giant hornets signals a warning sign for the bee population and puts America's $20 billion worth of crops in jeopardy. 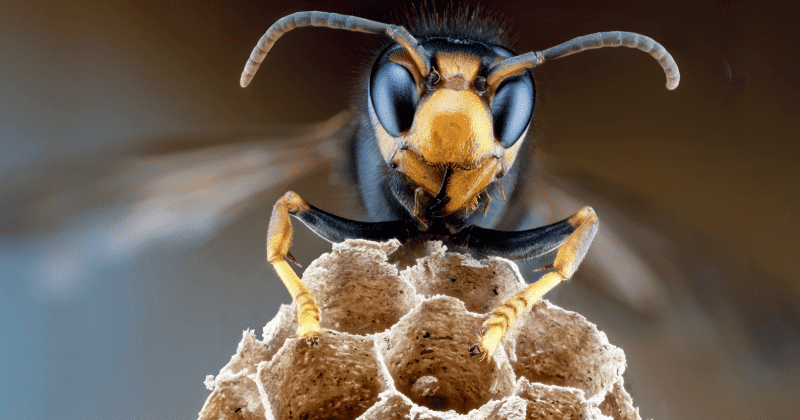 There appears to be no respite as far as 2020 goes. Scientists have now delivered more bad news after confirming that Asian giant hornets had been spotted in the United States for the first time. The hornets look abnormally large and carry a venomous sting. They are capable of killing humans with a couple of stings. The arrival of the giant hornets in the state of Washington has resulted in beekeepers sighting piles of dead bees with their heads ripped off. It's for no reason that the giant hornets are also referred to as murder hornets. The arrival of the giant hornets in America is a cause a concern considering the dwindling bee population, reported CNN.

"They're like something out of a monster cartoon with this huge yellow-orange face," said Susan Cobey, a bee breeder at the Washington State University's department of entomology. They can be more than 2-inches long and are the world's largest hornets. This is for the first time they have spotted in America. The Asian giant hornet or Vespa mandarinia is native to countries such as Japan, South Korea, and Taiwan. Scientists are unsure as to how they got here. Seth Truscott with WSU's college of agricultural, human, and natural resource sciences said there's a chance they got transported in international cargo. It was spotted in Washington late last year in December. They are up and about more now after having hibernated to build nests and form colonies.

"Hornets are most destructive in the late summer and early fall when they are on the hunt for sources of protein to raise next year's queens," said Truscott. "They attack honey bee hives, killing adult bees and devouring bee larvae and pupae, while aggressively defending the occupied colony. Their stings are big and painful, with a potent neurotoxin. Multiple stings can kill humans, even if they are not allergic." With its large spiked mandibles, murder hornets can decapitate up to 40 honeybees per minute. With bees being a crucial pollinator for many crops including blueberries and raspberries, the arrival of the giant hornets can prove to be disastrous for the bee population and crops. They are capable of destroying beehives within hours. Bees support about $20 billion worth of US agriculture each year, according to Vox.

They are most destructive from July to October. "The most likely time to catch Asian giant hornets is from July through October — when colonies are established and workers are out foraging," said the Washington State Department of Agriculture in a statement. "Traps can be hung as early as April if attempting to trap queens, but since there are significantly fewer queens than workers, catching a queen isn't very likely."

Washington state agricultural officials and Washington State Department of Health (DOH) has requested beekeepers and residents to report any sightings of the giant hornets. State officials have also launched an app to report sightings. Beekeepers have been warned that a regular beekeeper's suit will not insulate you against the giant hornet's sting. State scientists have ordered specially reinforced suits to handle the hornets. "Don't try to take them out yourself if you see them," said entomologist Chris Looney of the state Department of Agriculture. "If you get into them, run away, then call us! It is really important for us to know of every sighting if we're going to have any hope of eradication."

The Washington state agricultural officials have told people to not try swatting hornets as it often causes them to sting you. "If you are stung, DOH recommends washing the site thoroughly with soap and water and applying ice or a cold compress to reduce swelling. The agency also recommends an antihistamine or use of anti-itch cream to reduce itching if necessary. If you are stung multiple times or have symptoms of a severe reaction following a sting, call 911 or seek medical care immediately," reads a statement by the Washington state agricultural officials.