A Baby Turtle Was Discovered In A Woman’s Vagina, Doctors Suspect Sexual Assault

The woman told police that she has no recollection of how the turtle got there. 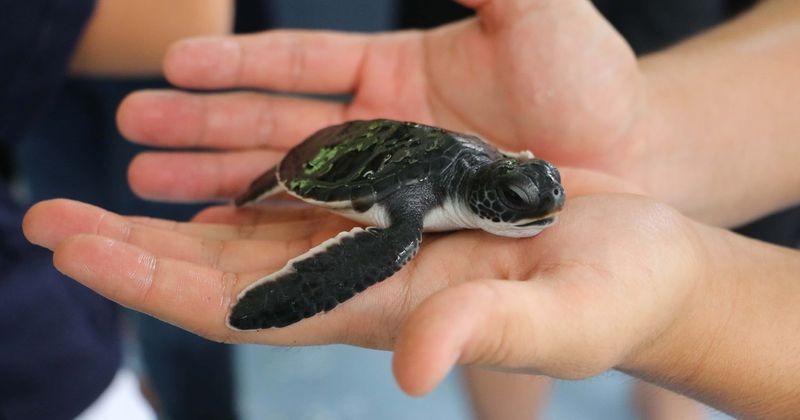 A 26-year-old woman, who lives on Tenerife in the Canary Islands, was out partying with her friends. In the following days, she began feeling severe pain. The British expat went to El Mojon hospital in Arona complaining of abdominal pain, Spanish outlet El PaÍs reported. She, along with medical staff, was shocked to find that there was a dead baby turtle inside her vagina. When doctors discovered a Chinese three-keeled pond turtle — which caused a “serious infection” in her genitals — they called the police, reports The New York Post.

The woman told officials that she did not remember what happened the night she was out partying and has no recollection of how the turtle got there. The woman did not want the incident to be pursued any further. “We are not actively investigating this matter because the woman declined to give a statement,” a police source said. An insider told The Sun, “This incident did happen and the reports are true. The woman does not know how the reptile ended up where it did and we don’t either.” Police suspect the woman could be a victim of sexual assault. According to The Mirror, doctors thought the reptile was initially a tortoise but experts later confirmed the animal was in fact a freshwater turtle that can be bought from pet shops. The English version of El Pais noted that the turtle was a baby and that "they can grow up to 18 centimeters in length once mature".

Doctors at a Spanish medical center recovered a dead turtle from inside a woman’s vagina.https://t.co/eu6CgM3Szh pic.twitter.com/2GUTvZ3JoQ

In another incident, one man intentionally put an animal inside his orifice and nearly died as a result. A man in his 50s allegedly inserted a live eel to "cure his constipation". The animal once inside nearly tore his intestines apart, reports The Daily Mail. The Chinese man reportedly sought medical help at the Huangjiang Hospital in Dongguan. Dr. Li from the hospital told local media, "We suspected that there was a foreign object in his abdominal cavity from a CT scan. But we couldn't tell where it came from."

The medical staff found out that it was a 40cm-long eel that was the "thickness of an adult thumb". Dr. Li elaborated, "The eel entered through anus and rectum. I think it had quickly torn a hole already while in the colon." Although the man waited three days before getting surgery, he just about made it. If he waited any longer, the consequences could have been fatal "because it was a live eel, the possibility of death is very high if the surgery was not done timely," the doctor explained.

The Ol' Eel in the Anus Fix Does Not Solve Constipation https://t.co/KdcfteJs1u pic.twitter.com/YHbge1KiGh

Another man tried to swallow not one but two live eels! Why? To cure his constipation as well. The construction worker from China, also in his 50s decided to blindly follow a folk remedy instead of seeking medical advice. Things got worse for the man as he was in a state of shock due to life-threatening bacterial infection and his colon had been ruptured. The medics at the hospital who operated on him were able to remove the eels, one of which was still alive. According to the Daily Mail, surgeons found two 'very thick' eels outside of his intestines in the lower part of his abdomen. "Because the eels were alive while being swallowed... A person's intestines are fragile, therefore they will be ruptured as soon as [the eels] bite them," Dr. Sun Haijian, a deputy director at the Jiangsu Provincial Traditional Chinese Medicine Hospital revealed. Thanks to timely medical intervention, and the efficiency of the doctors, the man was able to pull through and was later discharged.