Trigger Warning: Child Abuse Christina Marie Curtis, 25, was taking care of the 4 babies who were fine before they were brought to the Kids Discovery Learning Center in Valparaiso. 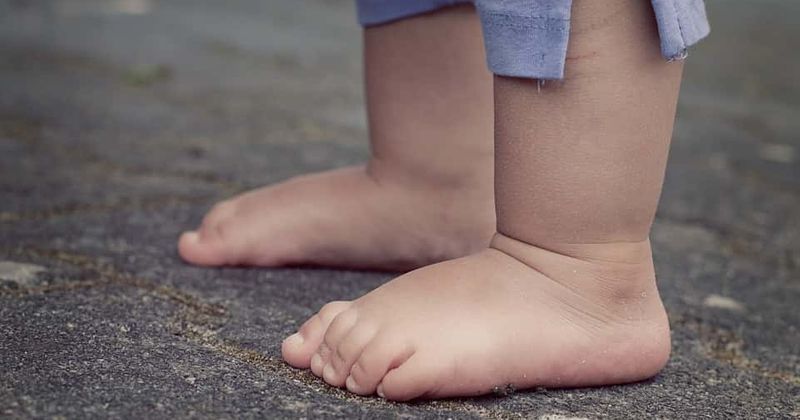 When four babies suffered broken legs on the same day at the same daycare center in Florida, authorities knew something was suspicious. A subsequent investigation revealed that the culprit was a woman named Christina Marie Curtis, 25, a daycare worker at the center. She was in charge of taking care of the babies on May 21 but treated them in a way unfit for babies of around 1-year-old. Rather than handle them with care and with the utmost gentleness, the police report said that Curtis is believed to have violently jerked around one of the babies in the air while throwing another in a wagon.

Christina Marie Curtis (25) at the heart of 4 toddlers suffering broken legs at Valparaiso day care center - was released the next day after arrest by posting a $4,000 bond. https://t.co/FDrR7kMWBn

"Christina Marie Curtis, 25, was arrested on July 20 and charged with four felony counts of neglect of a child that resulted in great bodily harm, court records show. She... https://t.co/Z9J4xi8Lyl

A native of Forth Walton Beach, Curtis was not taken into custody immediately. After all the evidence was collected against her, she was arrested 2 months after the incident. Curtis has now been charged with child neglect and several counts of felony and has been forbidden to work in schools or childcare facilities. The alleged incidents that took place at the Kids Discovery Learning Center in Valparaiso, Florida according to a Daily Mail report.

All the babies she looked after were between the ages of 13 and 21 months. They were all perfectly fine on the morning they were brought to the daycare. Later their parents noticed that they had difficulty standing or even walking. A medical examination on the babies later revealed that they had suffered leg fractures from the events on May 21. Besides this, she had grossly undermined any instruction that had been given to her by parents that morning.

Florida daycare worker, 25, is charged with child neglect after four toddlers in her care broke their legs on the SAME DAY

Christina Marie Curtis, 25, of Florida, has been charged with four counts of child neglect WHAT TOOK SO LONG ARREST HER pic.twitter.com/1X7AwZHzzG

One of the parents of the 4 babies, Terika Graham said she had specifically instructed Curtis to keep her inside and not let her play outside because of a rash that she had. Later when she went to pick she was appalled that what she said had fallen on deaf ears. “When I picked him up he had dirt all in his hair. I don’t know if they let him crawl around out there or what. It took the daycare three days to give me any kind of explanation,” said Graham according to News-Herald.

Her baby boy suffered a hairline fracture but is recovering well. "His balance is still a little funny, but I believe that will get better soon,” Graham said while adding that her baby was lucky because he was the least injured of the 4 others. According to footage from surveillance cameras, Curtis was seen holding the hand of an 18-month-old above his head. “The defendant stopped and quickly moved her hands to (his) upper arms and rapidly jerked him into the air," said Curtis' arrest report.

It added, "When (he) was picked up, his feet and legs were in the air and was dropped feet first into a wagon. Other children were placed in the wagon and it was pulled outside. Then after that same child awoke from a nap inside the wagon, he was unable to put weight on his legs." Another baby is also believed to have suffered a leg fracture while the family of the third victim was told that their baby had fallen over another child.

“The defendant denied knowing how the injuries occurred and believed they could have happened either at home or in the playground. She has observed several children fall out of playground cars or other items,” said the arrest report. Curtis was asked to report to the center's front desk by a teacher several times about the injury. She was charged 4 felony counts of neglect of a child that resulted in great bodily harm. She was released after she paid a bond of $4,000 and awaits a hearing after being charged.