Danny DeVito And Rhea Perlman Separated After 40 Yrs Of Togetherness But Never Got Divorced, Here's Why 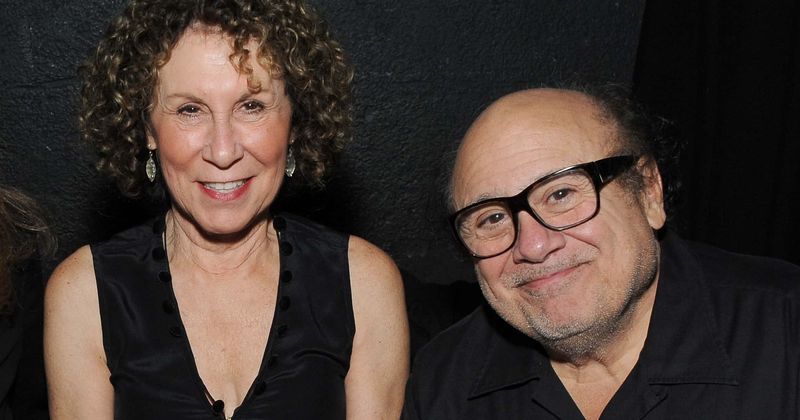 Relationships are often complicated, marriages even more so. Actors Danny DeVito and Rhea Perlman were together for 40 years before finally separating in 2017.  However, they don't plan on ever making it official.

The Poms actress, 72, opened up about why she would never divorce her ex Danny DeVito last year while on Watch What Happens Live with Andy Cohen.  Taking a fan's question on the show on why it was easy for her and the actor to remain friends, she admitted it was because they "agree on what's important."

“I don’t know why it’s difficult for other people, but Danny and I have always loved each other and we have three amazing children together,” Perlman said. “We really agree on almost everything important.”

She continued, “You know, we were together for 40 years. 40 years is a long time, you might have to do something else!”

When Cohen asked her how often they keep in touch, Perlman said, “A lot. We talked today.” The host also asked her how her relationship with DeVito was now, as compared to earlier and she said it was “much better because all the tense stuff is gone.”

“It’s not in his face or in mine. It was a hard transition… but everything smoothed out,” she explained. “Everybody’s got a good relationship with Danny, and with me and each other. That’s all we care about. But I’m not getting divorced,” she added. “No, no, no. What for? We do live separately. We see each other a lot too.”

The two began dating back in 1971 and tied the knot in January 1982. The former couple has three children together: Lucy, 37, Grace, 35, and Jacob, 32. They have also acted in a number of films together including Danny's classic TV show Taxi and the 1996 family film Matilda, in which they played a married couple.

Honestly, Danny Devito and Rhea Perlman are still one of my favorite celebrity couples. pic.twitter.com/XMzWGJtQJP

According to Cheat Sheet, DeVito and Perlman talked about how they met on Live with Regis and Kathie Lee in 1996 . “I was in a play off-Broadway, at the Mercury Theater, and I was playing this demented stable boy, I’m sitting on the edge of the stage, spitting into the orchestra pit. The young girl, who I was having my way with [in the play], the landowner’s daughter, comes out and she says, ‘Richie, what are you doing?’ I said, ‘I’m spittin’ on the swans.’ She was Rhea’s girlfriend, Rhea came to see the show, and Rhea saw me.” DeVito revealed that after the show, they “hung out a little bit.” “I really dug her.”

The feeling was mutual. “We were instant,” she said. “We spent all night talking,” DeVito continued, “and finally, I asked her for her phone number, and it was a Brooklyn number. So that cinched it, right there.”

He also added, “She’s a good actress and I love working with her.” It was rumored that the couple first separated in 2012, shortly after their 30th wedding anniversary because of DeVito’s alleged chronic unfaithfulness. The couple’s good friend, actor Michael Douglas help get them back together.

At that time, Radar Online reported a source as saying, “Michael loves Rhea and he told Danny he will never find another woman quite like her. . . He said he should do whatever it takes to win Rhea back and come to his senses fast before it is too late. It’s because of Michael they are talking to each other.”

They did get together in 2013, only to separate for good in 2017. It seems it all worked out in the end! The two were spotted having dinner in Los Angeles as recently as March 2020, as per Daily Mail .