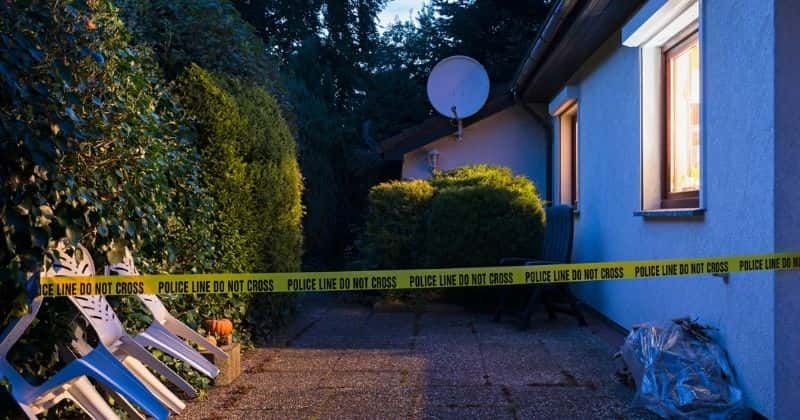 Trigger Warning: The story has details of a gruesome murder that readers will find disturbing

47-year-old Babak Khorramdin, a filmmaker, was stabbed, his body chopped, and put in a suitcase before being thrown into the trash. The reason for his gruesome death was that his parents disapproved of his unmarried status. According to Newsweek, local media reported Khorramadin had an argument with his father over him being a bachelor, which soon turned grisly. The father, Akbar, later confessed to the gruesome killing of his son. He said, "Because of the disputes we had, I sedated him this morning (Sunday) by giving him anesthetics, then stabbed him to death. Then I dismembered his body and threw it in the nearest trash can on the street with my wife."

This is a crazy story: Iranian director Babak Khorramdin was murdered by his parents. After they were arrested, they confessed to murdering their daughter and son-in-law years ago.😳

He admitted to taking his son's body to the bathroom where he proceeded to dismember him into pieces. He then placed these body parts into a suitcase and three trash cans before disposing off the body. Following his confession, both parents were arrested. They had apparently even murdered their daughter and son-in-law years ago in a confession they made while in custody. An investigation into the murder is ongoing.

Daily Mail reports that Khorramdin was graduated with a master's degree in cinema from the Faculty of Fine Arts at the University of Tehran in 2009. He moved to London a year later to study more about the art of filming only to return back home to teach film to his students.

Social media in Iran is gripped by the shocking murder of filmmaker Babak Khorramdin. His parents admitted to killing and dismembering him in their home. Today it emerged they've also confessed to killing their daughter and son-in-law. The dad says "I feel no remorse at all". https://t.co/zw0iwG1QFv

While in London, he made a few short films namely "Crevice and Oath to Yashar" about his experiences moving to another country and being away from his family. The filmmaker's remains were found in a suitcase in a West Tehran neighborhood of Ekbatan. Colleagues in the film industry were shocked by the news. Parviz Jahed, a filmmaker and critic, stated on social media, "Babak was a filmmaker, and a few years ago I often met him in London's cultural and artistic circles. I heard that he missed his family and had returned to Iran, and now I saw this horrible news, and I cannot believe it. What a dreadful time." Jason Brodsky, the Middle East Analyst, and Editor at Iran International TV, called the murder "horrific."

Iranian couple arrested over the gruesome murder of their son, film director #BabakKhorramdin, in a case of so-called "#honorkilling" https://t.co/TI3XRRlwmy pic.twitter.com/mDGpHgdKc0

He added, "I think the horrific death of Babak Khorramdin is only the latest example of a long pattern of domestic violence that we have seen in Iran. It follows the tragic death of Ali Fazeli Monfared, who was killed by family members after they found out he was gay. That is not to mention the case last year of Romina Ashfrafi, a 14-year-old girl who was beheaded by her father in an honor killing. Despite a child protection law being passed in 2020 in Iran, honor killings and domestic violence continue more broadly, and this is an area the international community needs to address with Iran."

The pandemic has seen a rise in domestic violence and homicides in Iran.