Although he denied hurting the baby, he was found guilty of grievous bodily harm by a District Court jury and was sentenced to 3 years and 8 months in prison. 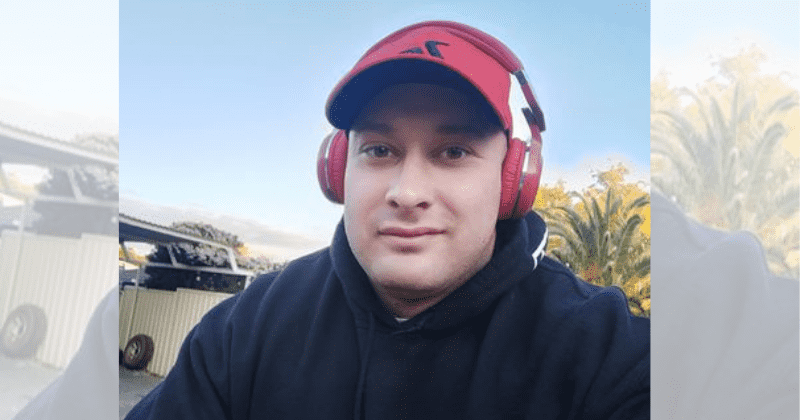 A father will spend nearly four years in prison after giving his seven-week-old life-threatening injuries by shaking him violently. Lochlan Stuart Rankine, 28, was spending time alone with his son, Bam, in their home in Hamersley in Perth's north-west when the incident took place back in August 2018. Due to the sheer brute force of the dad's shaking, the baby suffered bleeding and it caused him severe seizures and forced him to undergo two surgeries. Although Rankine denied hurting the baby he was found guilty of grievous bodily harm by a District Court jury and was sentenced to three years and eight months in prison, reports The West Australian.

In his defense, Rankine told the court that he had fed the baby a bottle and put him down on the rocker to go to the bathroom. When he returned the son had stopped moving. He quickly called "000" and told the dispatcher that his son had gone "limp" and was having trouble breathing. The ambulance arrived within minutes and Bam was taken to a hospital where he underwent a shunt surgery, wherein a tube was inserted into his brain to remove any excess fluid. Although details of what exactly happened with the baby aren't clear yet, the presiding judge Gary Massey found that the baby's injuries were consistent with being shaken violently.

During the sentencing, the judge stated that Rankine's actions came "out of frustration" but that had caused "significant" harm to the baby. According to Daily Mail, the judge said: "It involved the act of shaking a very vulnerable baby. Your actions were a significant breach of trust of your parental responsibility. Because of his age, (Bam) was completely dependent on you.". The judge also added that Rankine must be feeling remorse "deep down inside" for causing such bad injuries to his son, whom he has yet to see since he was charged, adding that the ordeal is "very sad" for all the parties involved. Rankine's wife Krystal, the woman he married after being charged, and family all stood in support of Rankine throughout the court case. His wife even yelled at the prosecutor for spreading lies about her family. "How dare you stand there and lie about my family?", she was shouting while also said "I love you" to Rankine while he was being taken away.

Currently, Bam who is two-and-a-half-years old is said to have "progressed well", but experts added that problems may not be identified till the boy starts school. Meanwhile, Mark Cuomo, the guilty man's lawyer spoke outside the court and said the family is hoping to move forward with their lives after the tragic incident. "The best information we have is that Bam is meeting his milestones and is doing well, there's no need for ongoing medical treatment at this stage so everyone is very hopeful. He's a happy, healthy child much-loved by his family. This child has a very caring family wrapped around him and hopefully, that will sustain him in his life." Rankine will be eligible for parole after he serves 22 months of the 44-month sentence slapped against him.

In a similar incident from last year, a young father shook his 6-week-old baby boy so violently that he suffered 28 broken bones as well as a brain bleed that ultimately led to the baby's death. The 21-year-old father, Lee Vernon is from Kent in Britain and has been convicted of several serious charges. According to Daily Mail, the baby was also found to have a number of injuries from a previous assault. On July 23, the baby named McKenzie Ellis was taken to the QEQM Hospital in Margate. The baby had collapsed at his home in Broadstairs and needed immediate medical attention. The injuries were deemed so serious that he was soon transferred to the Kings College Hospital in London and died due to the injuries three days later.