The sexual abuse went on for nearly 8 years. 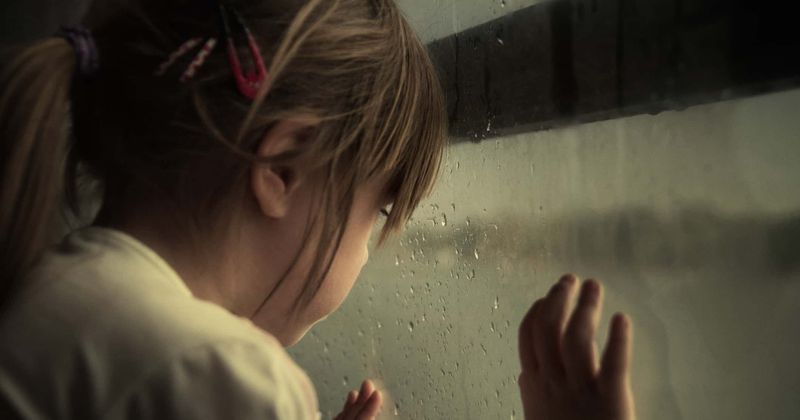 Trigger Warning: The story has details of child rape and sexual assault that readers will find disturbing

A 42-year-old father in Singapore was sentenced to 30 years in prison and caning for raping his daughter for years since the age of 3, reports CNA. The disgraced man gave disturbing details in court of how the abuse started. He realized he was a pedophile when he showered with his daughter, who was scared of taking them alone after she saw television programs that showed drowning. He said he "developed a sexual desire for the victim" and there was "no turning back." The man and his wife moved to the city-state in 2008 after their daughter was born. The rape and sexual abuse would take place when his wife would be away from home or out of the country on work. He also sexually abused his daughter's friend when she came home. The crimes would have gone unreported for many more years if not for the friend, who spoke about the abuse and led authorities to the man.

Jail and caning for man who sexually abused daughter from the age of 3 and later raped her https://t.co/Ur6cIrBXAd pic.twitter.com/naA7dmjHen

The man would also show his daughter both child and adult pornography. Between December 2011 and June 2019, the victim was raped more than 10 times but less than 20 times according to the man's own admission, reports another CNA report. Yet all these years, she did not tell anyone about the rape for fear that her parents would be separated. Many times, she said no to her father but he would still have his way. She would look away while he raped her. On one occasion between April and May 2019 when she was 11, the father entered her room and showed her pornography before molesting her. The convicted man's infant son and their household help were present at the time. "I don't want to," she told her father but he raped her, nevertheless.

Sad and heartbreaking. No child should be subjected to this 💔

The victim's friend, now 13, who was only referred to as V2 in court documents, was kissed on her lips by the man when was home. He asked her to keep the encounter a secret. On another occasion, he abused both the minors when they were watching a movie. V2 soon stopped going to the victim's house but did not tell her parents anything. In June 2019, when V2 was taking her first communion, she was asked to confess to her sins, as is the practice. There, she revealed what had happened. Her parents immediately filed a complaint with the police, who launched an investigation. Soon the victim's abuser was found, arrested, and charged. The police also found content related to child pornography involving prepubescent girls on his devices and online search results, and links pertaining to terms like "incest love" and "lewd posts."

He is a monster!

The victim's mother, who has since divorced the man, also told investigators about finding three child erotica stories in his email inbox. A report from the Institute of Mental Health (IMH) stated the man had paedophilic disorder but it found no substantive contributory link between his disorder and the offenses. The court also heard he had a "period of distress" due to work stress. The defense said 30 years was "too crushing a sentence" and asked for 24 and 26 years. The prosecutors however had seething observations for the pedophile. They said he "fell utterly short of these roles" and robbed the victim of childhood. She "tolerated years of abuse despite knowing what the accused did to her was wrong, and disliking it," they added.

Sick sick sick!!!!! I cannot understand why? It’s his daughter!

Despite the horrible crimes he committed, she continued to write letters to him while in jail saying she loved and missed him. "For the bulk of her life, every single home in Singapore that the victim resided in has been the site of some odious sexual activity with the accused. She was not safe from him even in her own bedroom. Throughout this period of up to seven-and-a-half years, the accused made the victim choose, time and time again, between the sanctity of her person versus her affection for her father and the wholeness of her family," said the prosecuting team.