Crop Tops For Men Now Exist And They Look Interesting

ASOS launched men's crop tops and the internet is not quite sure what to make of thi,s 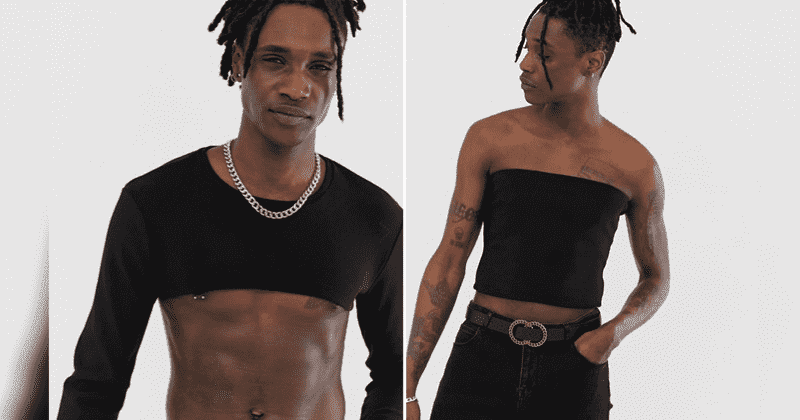 Fashion can be quite peculiar at times, but hey if you can pull it off, who are we to stop you. Fashion, after all, is about expressing yourself. Recently, ASOS released a bold line of apparel that has taken the internet by storm leaving people divided. While some have welcomed this unique, gender-bending design, others remain baffled and unsure as to what to make of it. The UK brand unveiled an assortment of crop tops and tube tops specifically for men.

ASOS causes a stir with a barely-there crop top for MEN https://t.co/2CUWNj5iLN

Men sporting crop tops aren't something new. We've already seen dozens of celebs sport the look with panache. Will Smith donned a sporty top on The Fresh Prince of Bel-Air! The trend was quite the rage in the '70s and the '80s where it was popularly seen on every sports field before tapering off towards the late '90s and early 2000s. Explaining the trend to Inside Hook, Dr. Sonya Abrego, a design historian and professor who has taught at Parsons: School of Design, New York University, and The Fashion Institute of Technology, said: "In the late ’70s, the crop top was just coming to the punk scene. Like Tommy Ramone, he always had a crop top on in the Ramones."

The trend resurfaced in 2014 when Kid Cudi walked the red carpet showing off his abs in a red crop top at Coachella and began to trend the #Boysincroptops2014 and #croptopmovement hashtags. Then Jonathan Van Ness from Queer Eye, a constant at flaunting midriffs added to the trend. Inspired by the growing trend, ASOS decided to go where no other brand ever dared to by releasing it as part of their summer collection. Although the brand had an extensive range of cropped top options for men, a pair of tops from the Reclaimed Vintage collection caught the internet's eye and true to nature, netizens had a lot to say about it.

Good be done. No one asked your opinion on what others are comfortable wearing 👋🏼 https://t.co/TN9Yep1ZA7

Priced under $20, Reclaimed Vintage's bandeau in black and extreme cropped top with long sleeves have left the internet divided about the idea of men showing some skin. The tweeting frenzy began when a user named @Mmmmmikeyarnold posted a screenshot of a model wearing the top and captioned wrote: "I give up". Several others also shared the exact sentiment. Jay Ranshaw wrote: "Crap top*". Saul Cuttell chimed in and said: "Even the model doesn't look happy in it." Suffice it to way, people had some choicest terms to use against the dress.  On the other end of the spectrum were those who welcomed the rebirth of the trend with open arms. kelian_s tweeted: "I'm baffled by the ignorance of some comments... men used to wear crop tops in the '80s and it was totally ok back then but I see some of you tend to have a selective memory when it comes to remembering the past."

I give up. @ASOS #WTF pic.twitter.com/lBuyPHousn

The pro-male crop top Twitterati have been advocating for the trend by putting forth examples of popular men in pop culture rocking crop tops in the past.  Stephwithluv wrote: "If more men could wear crop tops. They look hot. Thanks." User Brandon P. O'Mara commented on a post denigrating the look and wrote: "Must be a 17 yr old that posted this. Very macho men & boys have been wearing “crop tops” for many decades! It’s a retro look. These guys have just put their own spin on it. Looks good. Not my style but looks good."

High waist pants and crop tops are aparently this summers newest fashion for men, and im gonna rock it.

If more men could wear crop tops. They look hot. Thanks.

Welp, since they have crop tops for men now... “Daddy’s got his crop top on!” 🤷‍♂️@kelsey_lamb #10MinuteTune pic.twitter.com/DUvnIWLczL