Couple Carrying A Suitcase Filled With Human Remains Inside Arrested

In a bizarre incident, a couple carrying a human torso in a suitcase has been arrested in Gloucestershire, U.K. 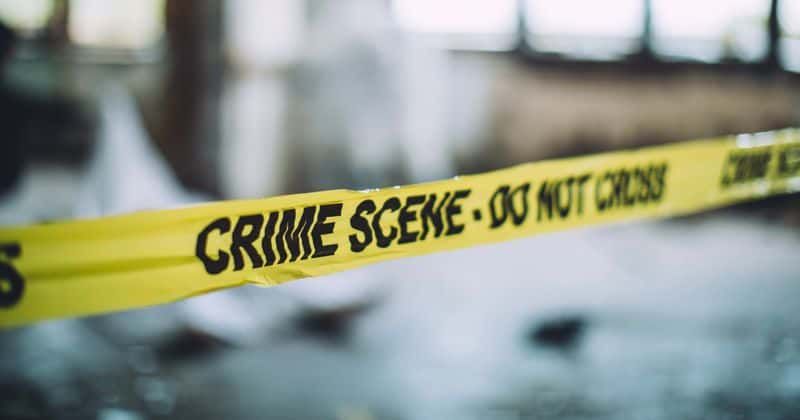 Trigger Warning: This story contains details of a murder investigation that readers may find disturbing.

In a bizarre report of a crime arising from the U.K., a couple has been arrested after they were found carrying a human torso in their suitcase. According to Mirror, the incident occurred on Tuesday in Coleford, Gloucestershire along the English-Welsh border as the police investigate the matter. A police officer stopped them when he noticed them walking suspiciously and asked them about the contents of the case.

On Wednesday, a spokesperson for Gloucestershire Police said: "Due to an ongoing police investigation road closures and scene guards are in place on the A4136 between Monmouth and Coleford. Explaining the incident, the police representative said: "Shortly after 11.30 p.m. on Tuesday 12 May, officers discovered suspected human remains. Enquiries continue to establish what has taken place and further forensic tests are being carried out on the remains," they continued. "A woman from Birmingham aged in her 20s and a man from Wolverhampton aged in his 30s have been arrested on suspicion of murder in connection with the investigation and remain in police custody."

The kind of reason why we must never see the stopping of police stop and search powers. https://t.co/t8AYE6W3jJ

Owing to the investigation, a large police presence was found in the area on Tuesday and all the roads leading to the location were cordoned off as a police helicopter hovered overhead searching for traces of suspect activity. The report also suggests that other body parts were also found in the surrounding in the area, known as Forest of Dean. As per the report, the couple were allegedly trudging along a road with a suitcase when a passing police officer grew suspicious of them and stopped them only to find two suitcases full of body parts including the human torso and other remains. The two were then taken into questioning while their car was also taken into custody for further forensic analysis. The body found was reportedly that of a female victim.

As per the report, the police search is centered around the Stowfield Quarry and the surrounding area which includes a fishery, a former sawmill turned into storage units, several houses, and a campsite. Access to neighboring residents has been completely cut off as the authorities continue to search the area.  Speaking to GloucestshireLive on Tuesday, a nearby resident said, "The tents weren't there when I went out this morning but they had appeared by the time I got back. I don't know what's going on but they say I can't even walk along the road. Somebody said they had found a body and the police say the road will be closed all day." Another resident said, "I don't know what's happening. I didn't notice anything until I drove down the road and came to the roadblock. I asked if I could go through and they said yes but I might not be able to get back in again," he continued. "One of the officers said the road might be closed for a few days so it must be serious."

According to Daily Mail, Senior Investigating Officer DCI John Turner said: "The nature of this incident is distressing and we're working around the clock to fully understand what has happened. Someone's life has been lost and our priority is to identify the victim and get answers for her family. Searches have taken place in the surrounding area for evidence gathering and contrary to media reports no remains have been found as part of these searches. Our Major Crime Investigation Team is working in collaboration with the West Midlands Police homicide team to carry out further enquiries."