Cotton Candy Grapes Exist And Here's Where You Can Get Them

The designer fruit is winning the hearts of people all over America, thanks to their unique taste. 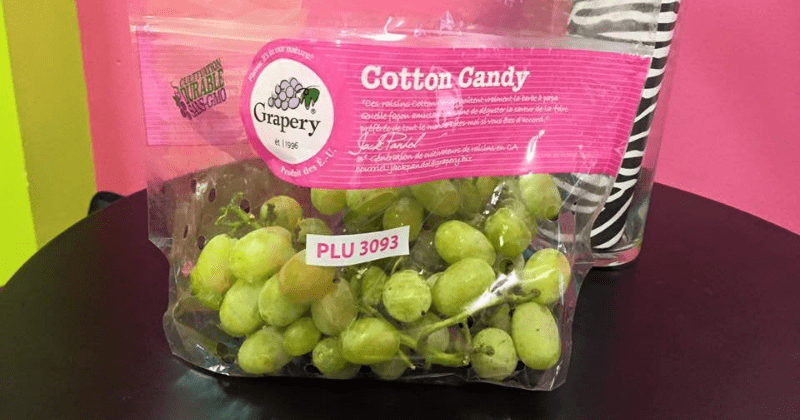 Cotton candy grapes have become all the rage thanks to a few California-based plant breeders who created a spectacular fruit that tastes exactly like spun sugar and air. The miracle that is science has made it possible as one company named Grapery came up with the unique formula to treat us to this designer deliciousness, reports NPR.

Explaining the taste profile of the fruit, Spencer Gray, a personal chef in Culver City and blogger at Omnivorous, said: "When it pops in your mouth, the first impression is a rush of cotton candy flavor. The green grapes don't look or smell like cotton candy," he told The Salt, "but they will remind you of a circus." The fruit is a favorite among kids too as Gray specifically points out that his son is in love with them. By any means, the Candy flavored grapes aren't the only offering from Grapery, which reports says, has plenty of other varieties on sale. Moon Drops grapes are said to be shaped like tiny eggplants while Gumdrops have a “gummylicious flavor”.

Where you can find Cotton Candy Grapes

Grapes of the cotton candy variety are often seen in stores a few weeks around early fall and it even appeared on shelves quite recently too. You can buy them at Costco for around $3.33 a pound or $9.99 for a 3-pound clamshell and if you're lucky you may even find them at your local supermarket. Additionally, if you aren't keen on heading over to a store given the circumstance, you can look for Cotton Candy grapes via grocery stores that offer delivery or pick up. During the fall,  Target and Sam’s Club were seen offering delivery on these fruits. According to SimpleMost, you can also find the fruit in stores including Whole Foods, Sprouts, Publix, Kroger, Safeway, Raley’s Supermarkets, Fresh Market, and some Target outlets depending on your location.

Are Cotton Candy Grapes and other hybrid fruits safe for you?

It's natural for you to question the safety of hybrid fruits like the Cotton Candy grapes or the many others available in the market as they don't exactly occur as a natural phenomenon and it often requires designers to breed them. However, it is completely safe according to Mark Sisson, a reputed blogger who researches various foods and their impact on our bodies. Answering a question on whether hybrid foods are safe on his blog MarksDailyApple, he notes that "hybrid fruits and vegetables are created by cross-pollinating two closely related species of the same genus or two cultivars or varieties within the same species."

Sisson adds that although the process is enabled by humans, the very phenomenon is present in nature where millions of fruit and vegetable hybrids come into existence naturally all over the world. "Technically speaking, all fruits and vegetables are hybrids. You go back far enough and it’s just pollen and seeds and wind and bees – one big swirling floral orgy – and every single plant we know today has ties to that epoch of love." Going by that, we can say the Cotton Candy grapes are good for you as the designers are only building an environment for the fruit to carry out natural reactions in a controlled setting.