trending celebrity people lifestyle news animals
A Georgia Police Officer Was Shot And Killed On His First Department Shift. He Had Just Become A Dad

A Georgia Police Officer Was Shot And Killed On His First Department Shift. He Had Just Become A Dad

The cop was killed by an acquaintance of a person he arrested earlier during his shift. 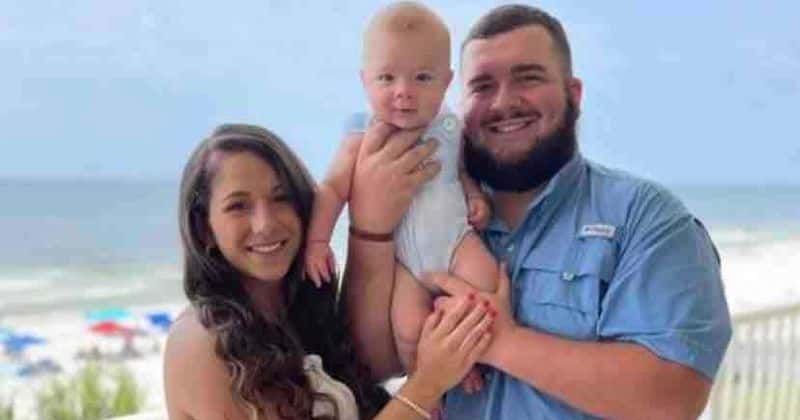 Trigger Warning: This story contains mention of gun violence and death that may be disturbing to readers.

Officer Dylan Harrison, 26, had been in law enforcement since 2018 and had previously worked for the Oklahoma Drug Task Force and the police force in Dublin, Georgia. He was also a paramedic and firefighter. He recently shifted to the Alamo Police Department, approximately 125 miles west of Savannah, and his first shift on the new job began on October 8, 2021. According to 13WMAZ, Officer Harrison stopped a driver for a traffic violation in the parking lot across the street from the police station.

Early this morning, Officer Dylan Harrison was shot & killed while working his very first shift with the Alamo Police Department in Georgia. Dylan is survived by his wife & 6-month-old-baby.

Our hearts go out to Dylan’s family, friends, & colleagues as they mourn his loss. pic.twitter.com/DRzbZlGzRf

"On Friday night, Officer Dylan Harrison was on duty when he made contact with a man for a traffic violation in the parking lot of the Circle K located across the street from the Alamo Police Department. Officer Harrison asked the man for his name and identification and the man refused," states a press release by the police department. "The man got into a verbal altercation with Officer Harrison, which escalated to the man pushing the officer."

Here is video that allegedly shows Ga. officer Dylan Harrison racially target an innocent Blk man at a gas station. Reports claim that the victim pushed officer Harrison, but the video shows that didnt happen. Harrison was later killed in an alleged retaliation for this incident pic.twitter.com/2nb82ydDEb

Officer Harrison tried to arrest the driver, but since he wasn't complying, Harrison was forced to use the taser on him. He was promptly arrested and taken to Wheeler County Jail. After the arrest, he carried on with his duty, but on October 9, 2021, at around 1:01 am, Harrison was shot and killed outside the Alamo Police Department. He was shot by 43-year-old Damien Anthony Ferguson, and it is believed that the driver is a known associate of Damien Ferguson.

END OF WATCH: Alamo PD officer Dylan Harrison — a 26-year-old Dudley native with a wife and 6-month-old child — was shot and killed outside the police station overnight. It was his first shift working part-time with the Alamo Police Department MORE: https://t.co/sKNRz00SZP pic.twitter.com/KaVMPGggx8

Meanwhile, GBI Special Agent in Charge, Lindsey Wilkes says Harrison's ambush-style killing was apparently retaliation for the incident that happened earlier that night. "As police chief of Alamo, Georgia, I have never experienced a grief that I have felt since Officer Dylan Harrison’s life was taken in our small, quiet town. Officer Harrison was a husband, a son, and more importantly, the father of a six-month-old boy. His life was taken from him for simply doing his job," said Alamo Police Chief Karen Zanders.

Horrific - Officer Dylan Harrison age 26, was working his first shift as an officer with the Alamo Police Department, Georgia when he was gunned down outside the police station about 1 a.m. He is survived by his wife and their 6-month-old son. Pray for his family and friends. pic.twitter.com/UiibYTnobL

"Despite the sadness that we have endured, I have found a sense of pride in seeing everyone pull together to right this tragic wrong," she added. PEOPLE confirms that Ferguson is currently being held without bond at the Laurens County Jail. He has not yet entered a plea and court records do not reflect an attorney authorized to speak on his behalf. The slain officer is survived by his wife and a six-month-old baby.

BLUE ALERT: 43-year-old Damien Anthony Ferguson is wanted in connection with the murder of 26-year-old Alamo Police Officer Dylan Harrison, who was shot and killed last night outside of the Alamo Police Department while working his first shift with the department.

"She's struggling," Harrison's sister-in-law, Kayla, told Fox News of Harrison's widow. "It's just unimaginable." His family has set up a GoFundMe to raise money for funeral expenses and to help the widowed wife. "We are looking to raise money so that this family who made the ultimate sacrifice can go to sleep peacefully knowing that they will have financial stability," the GoFundMe page states. "This is the least we can do for a true American hero."

This afternoon, less than 1 mile from where Alamo Police Officer Dylan Harrison was murdered, the SOG SWAT took Damien Ferguson into custody without incident. Intel provided by the @GBI_GA & @USMarshalsHQ was instrumental in capturing Ferguson. #gatrooper #DPSSWAT #gsp pic.twitter.com/Vr8B7moK1a