Lt. Christian Bolok was cut with a blade attached to the rooster's leg and died on the way to a hospital. 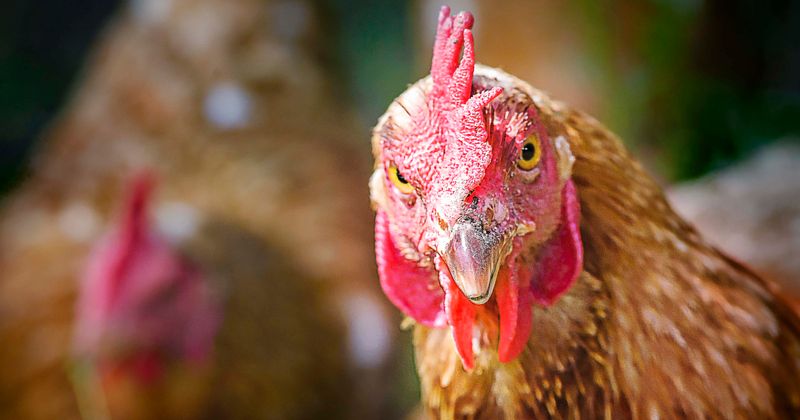 A cop was killed by a rooster earlier this week. The officer from the Philippine National Police (PNP) was breaking up an underground cockfight on Monday in Mandugang village in Northern Samar when the tragedy took place. Lt. Christian Bolok, the officer-in-charge of the San Jose municipal police station, was cut by a rooster that had a sharp blade attached to its leg. A blase is typically attached to the bird during such fights. The rooster cut Bolok's left thigh while he was trying to confiscate the bird causing a serious injury to his femoral artery, reports Philipines News Agency. He later died in a hospital. Three people related to the incident have been arrested and police are on the lookout for others. Cockfighting, also called "tupada" locally, has been declared illegal in the country but the practice continues to persist.

A police officer was killed by a rooster while attempting to break up an illegal cockfight in the Philippines, authorities said.

Police said Lieutenant Christian Bolok was struck by the rooster's gaff -- a metal blade attached to the bird for a fight. https://t.co/imGjWqu3ae

The sport is, however, allowed only in certain venues that have the required licenses and on certain days such as state holidays or festivals. Following such gatherings being declared as coronavirus infection hotspots, the practice was altogether banned. The raid on Monday took place at around 1.20 p.m. after concerned residents complained to the police. The Northern Samar Police offered their condolences and expressed their grief over the death of one of their own during the operation. “I have a heavy heart as we have lost a brother who sacrificed his own life in the name of service. The PNP grieves the untimely death of Lt. Bolok and extends its deepest sympathy to his family and relatives,” said Arnel Apud, the Northern Samar police provincial director in a statement released on Monday night.

He picked the bird up collecting evidence from a raid. The bird kicked him off guard slicing his femur artery with a razor that was attached to its foot. (For the ones that don't read)

After the incident, Bolok was rushed to the Northern Samar Provincial Hospital and was declared dead on arrival. Apart from the three arrested individuals, three other people are being hunted by the policemen. The raid team recovered seven fighting cocks, two sets of gaffs, and around 550 pesos ($11) worth of bet money. When 4 people contracted coronavirus during an illegal session from August 23 to 25 in Bobon town in Northern Samar, the provincial government had issued a stern warning against the practice. The local police were also asked by the province's governor to arrest anyone engaging in the activity. According to a Facebook post of the Northern Samar Police, a memorial service was held for the victim.

It posted a few pictures of Bolok's well-wishers paying their respects to the fallen officer. In January, a man in India died after being cut by a rooster's gaff during a tussle with the bird on his way to a cockfight, according to CNN. Saripalli Chanavenkateshwaram Rao, 50, was cut on his neck by the gaff tied to the rooster's claw on January 15. He was taken to hospital but died later. Rao, a resident of Pragadavaram village in Andhra Pradesh, a southern state, was a regular at local cockfighting events despite them being made illegal in the country. Kranti Kumar, a local police officer, said cockfights continue to take place with virtually no arrests. He was set to take part in one such event near his village with his own rooster which tried to break free from its enclosure.

Cockfighting is a popular blood sport in the archipelago where money is bet on the outcome of a fight—often to the death—between two colorful birds armed with bladed spurs.

Gauri Maulekhi, a trustee for India's People for Animals foundation, said, "The offenses have been made very clear and explained to the district and state authorities, but they choose to turn a blind eye towards it. It is not just for entertainment that these animals are made to fight, but it is (also) due to the heavy betting and gambling that goes on in the garb of these events. I don't think culture has anything to do with it -- it is purely a money game and hysteria takes over, reason and logic just take a back seat such that neither the animal's welfare nor the people's welfare is enough to stop it."