One man is pushing to change incest laws in about 60 countries. 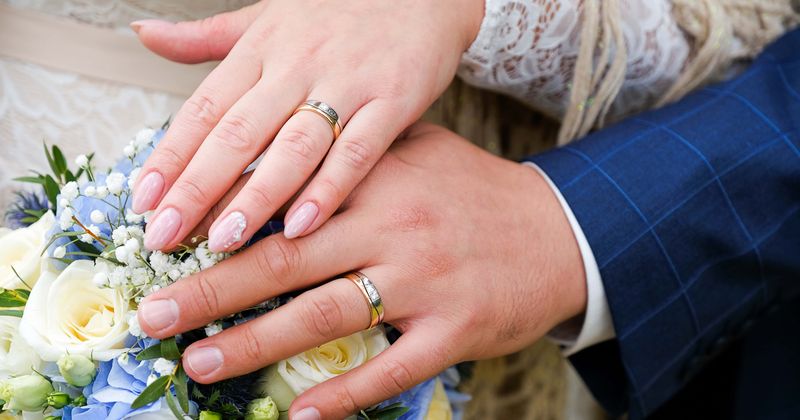 Love is love, right? So in that case, shouldn't we be free to love whoever we want, as long as they are a consenting adult? Should labels or societal constructs matter? For those in consensually incestuous relationships and their advocates, many believe their unorthodox relationships should be decriminalized. These relationships often are subject to scrutiny and pressure and one advocate from Australia hopes to change incest laws in about 60 countries. According to NY Post,  Richard Morris is supporting a New York parent who wants to marry their own adult child. He believes that such behavior between consenting adults “should not be criminalized" and is in support of the legal push in Manhattan Federal Court.

Such relationships often receive little support from the public but Morris and other advocates are hoping to make a change. They have launched about 130 petitions on change.org but he admits that “We haven’t moved any mountains yet." He was first inspired to help others in consenting incestual relationships, he said, after learning about a Scottish case. Here, a father and daughter were criminally convicted after they had an affair but later reunited. Fighting for true “marriage equality” is “the right thing to do, isn’t it?” Morris said, also drawing parallels to other relationships that have also been snubbed (and sometimes still do) by societal standards. “It seems to be as unjust as the law that used to imprison gay people, and the law that used to stop people of different races marrying,” he added.

They're not necessarily talking about children, but consenting closely related adults.

Keith Pullman, who runs the blog Full Marriage Equality, also supported the New York lawsuit. “It is absurd to say that an adult can’t consent to marry their parent. That same adult can be sent to war, take on six or seven figures of debt, operate heavy machinery, be sentenced to death by a federal court, and consent to sex with five strangers (and marriage with one of them) but can’t consent to marry someone they love?” he told The Post. “In some of these cases, the genetic parent didn’t raise them and they met for the first time two years ago. Allegations of ‘grooming’ are laughable attempts to deny someone their rights even though it will have no impact on the person objecting.”

According to The Cut, people in father-daughter relationships are often the least likely to disclose their affair. An 18-year-old woman from the Great Lakes region opened up about her meeting her biological father after 12 years of estrangement and how they fell in love. "It was so weird and confusing. I was seeing my dad for the first time in forever but it was also like, He’s so good-looking! And then I was like, What the hell are you thinking? What is wrong with you? I saw him as my dad but then also part of me was like, I’m meeting this guy who I have been talking to over the internet and really connecting with and I find him attractive."

Teen Girl Reveals She’s Dating Her Biological Father Following Reunion After 12 Years Of Estrangement
- What It’s Like to Date Your Dad (what did I just read? 🙀) https://t.co/IlMLd21LZX

Because of the age and power dynamic, did she feel she was pressured into getting physical? "Absolutely not. He made sure I wanted to do it. We both initiated it and he kept asking me if I was okay, not because he thought I was distressed but because he wanted me to know that we could stop at any point. It was like any other man and woman having sex after they had each admitted their feelings," she explained. The two also have dreams of tying the knot. "We plan to move to New Jersey where we can be safe under the law, since adult incest isn’t illegal there, and once I’m there I’ll tell everyone." NJ.com reports that incest is legal in New Jersey "for people over 18, as long as it's a consensual relationship," according to Peter Gilbreth, a Morristown-based attorney who handles both criminal and family cases.