As many as 5,712 cases of missing persons/murder cases were reported against Native American women in 2016, out of which only 116 cases were logged. 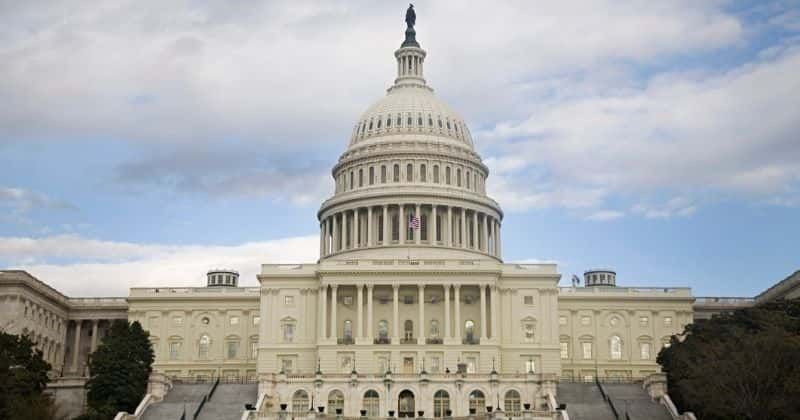 Thousands of Native American women go missing or are victims of violence in both cities and reservations every year. Yet reliable and comprehensive data as to why that happens is hard to come by. According to CNN, "Native American women are more than 10 times more likely than the rest of the population to be murdered, according to a Department of Justice-funded study by researchers at the University of Delaware and the University of North Carolina Wilmington." Therefore, to get to the root of the problem, Alaskan Republican Sen. Lisa Murkowski, a member of a bipartisan group of lawmakers, is pushing two bills in the Senate that seeks to first understand the scope of the problem, and figure out how to fix it

Murkowski notes that many women simply disappear from remote reservations where there is no single police officer. In other instances, cases slip through the cracks because of jurisdictional conflicts between tribal, local, and state police. Besides, she's concerned that these women may be dismissed because of their race, or their involvement in prostitution. She noted, "It doesn't mean that we should give up or that the system should not work to investigate, to find out where that woman has gone."
An expert in Native American studies at the University of Denver, Billy J. Stratton, concurs. "The resources are spread so thin, it allows people to fall through the cracks. When you're talking about a group of people who is among the lowest socioeconomic class in the US, they're more susceptible to violence than others. Poverty is the main driver; dispossession, lack of empowerment, isolation, and those other social problems I think flow from that."

Yes yes ...This should of been address years ago...Save my women.. Save Indigenous women... pic.twitter.com/FeRNsMlC51

Another main drive is the lack of coverage in the mainstream media which refuses to give attention to Native women's issues. Tillie Aldrich, from Omaha Tribe of Nebraska member, spoke to Teen Vogue and explained how authorities themselves are averse to spreading the news. "I live on a reservation, it's word of mouth. We can report [someone missing or dead] to the authorities," Aldrich said. "If we have a non-Native missing in a city 25 miles north of us, it's all over the news, the newspapers, posters going up. If we have someone missing, one of our Native missing, they try to keep it quiet." To give a clear number to the injustices Native women face, here's a statistic. As many as 5,712 cases of missing persons or murder cases were reported against Native American women in 2016, out of which only 116 cases were logged into the Department of Justice database.

Savanna LaFontaine-Greywind's murder left a hole in the hearts of North Dakotans. Today, we honor her life by passing Savanna’s Act, which will help end the crisis of missing and murdered indigenous people. pic.twitter.com/kVwGjXpbrx

But, this is about to change if this new bill gets signed into law. CNN reports that " The 'Not Invisible Act,' introduced last week, aims to get victims, tribal leaders, federal agencies, and law enforcement to bring forward recommendations on what might work." This bill follows "Savanna's Act," which was reintroduced in January. On Monday, the U.S. House of Representatives passed a bill to help address the epidemic of violence Indigenous women face. It is named after Savanna LaFontaine-Greywind, who was a member of Spirit Lake Sioux Tribe in Fargo, North Dakota. She suffered one of the most gruesome deaths in 2017 when she was eight months pregnant with her unborn child and the baby was cut out of her womb and brutally murdered. The baby, however, was lucky to survive. In a statement, Senator John Hoeven, chairman of the Senate Committee on Indian Affairs, said: "Savanna's Act addresses a tragic issue in Indian Country and helps establish better law enforcement practices to track, solve and prevent these crimes against Native Americans."

Excellent. GOD bless Savanna LaFontaine-Greywind as she lives w/HIM forever who also consoles her family and friends until they meet again.

"We appreciate our House colleagues for passing the bill today and sending it on to the president to become law," he added. "At the same time, we continue working to advance more legislation like this to strengthen public safety in tribal communities and ensure victims of crime receive support and justice." Republican Representative from Montana Greg Gianforte was also hopeful this law once passed will be impactful.  "Passage of Savanna's Act brings us one step closer to ending this epidemic by upgrading critical data and improving communication among law enforcement."

People on social media have lauded Congress for quietly passing the law without much fanfare. In a tweet, Senator Jon Tester wrote: BIG NEWS: In a major step forward in the fight against the Missing and Murdered Indigenous Women crisis, the House passed two of my bipartisan bills, Savanna's Act and the Not Invisible Act, and they are now on their way to the President's desk to be signed into law, adding, These two critical pieces of legislation put more tools in our toolbelt to combat this crisis by expanding data sharing and information collection between Tribes and law enforcement agencies and bolstering violent crime prevention efforts in Indian Country.

Thank you Senator. Native women have been invisible for far too long. We suffer violence and disappear in numbers all out of proportion to our percentage of the population, and conflicting jurisdictions has been a huge obstacle to investigations. Thank you for your help.