The Essex resident said she was increasingly concerned after many reports of such cases in her area in Maldon. 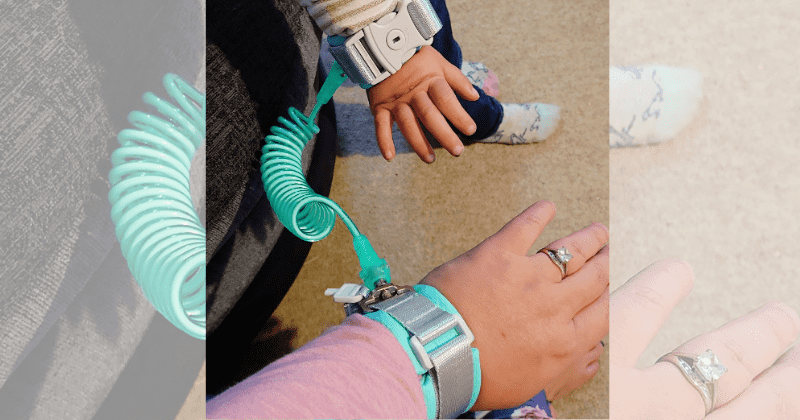 A mother of two kids in England has found a unique way of ensuring her children's safety in light of increasing cases of child abductions. Jemma Freeman recently posted an image of a wrist lock on her and her child that has gained wide attention among parents. She said she was forced to take the step because she was alarmed at the increasing number of cases of "child snatchings" and kidnappings in her own area in Essex. While for some, the wrist locks could seem like an overreaction, for a mother who cares for the safety of her child, one must just ensure that all safety measures are put in place. She wrote on a Facebook post, "I've been feeling extremely anxious with all the child snatching incidents going on in the Essex area recently. I'm sure like many parents it's one of my biggest fears. My children are my world."

According to a Daily Mail report, the 30-year-old mother bought the safety lock from Amazon for £8.69 ($11.20). She has an 8-year-old son, Zachary, and a 3-year-old daughter, Jessica. Freeman insists on her and her kids wearing the lock every time they go out. Freeman added in her post that she had purchased two such devices that were "comfortable and super safe." The device has a buckle on both sides of a spring cable. The buckle can be attached to the wrist of people on both ends. In the picture, Freeman's left hand and her child's right hand are buckled in the device. About the features of the device, Freeman added in her post, "The buckle on the child's wrist is lockable and padded so comfortable for them to wear, it cannot slip or be pulled off, the spring is made with bike lock metal and the strap on the parents wrist is also extremely strong and comfortable."

Mum reveals she attaches a safety wrist LOCK to her children to protect them from getting 'abducted' https://t.co/32eOwZwant

Freeman had a warning for potential child-snatchers. She wrote, "Want to try and take my child? Well you'll be taking me with you!!" The concerned mother also anticipated that her idea of safety might seem a bit much for a lot of parents to digest. She wrote in this regard, "Some people may think it's over the top and to those who have messaged being nasty about it yes I am fully aware my children are not dogs, and yes I do watch them but I'm not taking any risk when it comes to my children." But on the other hand she has received a lot of support for her actions and thanked a number of other parents for the encouragement. She concluded, "...we are parents with different views and ideas but ultimately all have the same thing in common we love and want our children to be safe."

But can they be cut with wire cutters.?

Since being posted on September 30, Freeman's message has been liked over 500 times, reshared nearly 1000 times, and commented by hundreds of people. One commenter, Katy Foster wrote: I dont understand how people can say horrible things to this mum I'm not being funny but you out there with children and babies you wouldn't want your kids getting taken so I respect this women for showing how much she cares for her kids and that she dont ever want to loose them keep your comments nice now thanks x. Another named Ian Taylor wrote: Yeah I've heard that 'kids are not dogs' rubbish for years. When I was a child back in the 50s there were child harnesses with a strap on the back, and yes, busybodies always cracked on about the kids/dogs thing.

He added further: But when your child is a runner, and you've got your hands full with another child or whatever, it only takes a second for a runner to get away from you and end up under a bus. Do what's best for you and your child and (insert rude noise here) to the busybodies