Francesca was born in 1993 to parents Clint Eastwood and actress Frances Fisher. 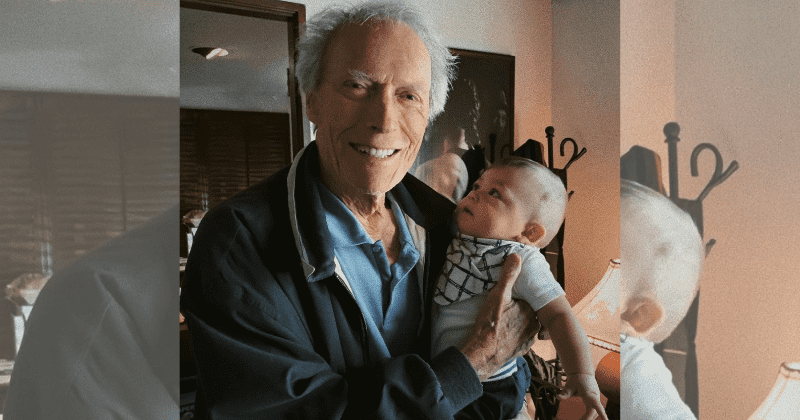 Clint Eastwood is widely considered to be among the all-time greats in the world of movies. The star recently turned a whopping 91 years old!  The icon once appeared on The Ellen Show shortly before his 90th birthday and talked to host Ellen DeGeneres about aging. “I don’t think about it,” the star admitted. “I sometimes think, when I was a little kid and I used to hang out with my grandfather who was in his 90s, and I thought, ‘Jesus, who the h— would want to live this long,'” Clint Eastwood joked. “Turns out you do,” DeGeneres quipped back. Now, the  27-year-old daughter renowned actor, director, and producer is paying tribute to her dad on Father's Day. The actress posted a sweet snap captioning the image: As always a day late but sharing some appreciation for Father’s Day

Clint was in a relationship with actress Frances Fisher when they had a daughter together, Francesca, in 1993. The icon who has four Academy Awards, four Golden Globe Awards, three César Awards, and an AFI Life Achievement Award to his name, is also a father to 8 kids! According to Classic Country Music, the 91-year-old has had several romances in his lifetime and two marriages.  From 1964 to 1996 he's had 8 children – Kimber (1964), Kyle (1966), Alison (1972), Scott (1986), Kathryn (1988), Francesca (1993), and Morgan (1996). Eastwood himself was unaware that he had a "secret" daughter... for nearly 30 years. The actor later welcomed her into his life. Laurie Murray's mother was in a relationship with the star while he was engaged to first wife, Maggie Johnson and the child was put up for adoption. Laurie was his eldest child from the affair in 1953.

As for his daughter Francesca she ventured into the world from a young age. She was just 2-years-old when she made her first incredible film debut by starring in her mothers' film Stars Fell On Henrietta.. Later she was featured in the 1999 movie True Crime at age  five, playing her dad Clint's onscreen daughter in the drama. "I guess it was like bring your kid to work day," the Hollywood scion joked to the Daily News. "I remember there's a scene where I'm eating ice cream and I remember being excited over getting to pick the flavor I wanted. I also remember getting to pick my name, and I was obsessed with Kate Winslet so I chose the name, Kate." The young actress even got a chance to meet the real Winslet a year earlier on the set of Titanic, in which her mom, actress Frances Fisher, played the British starlet's mother. "I was obsessed with the movie and I used to make my mom reenact the scenes with me," she shared. She didn't act again until 5 years later in 2014’s Oh, You Pretty Things. Francesca also appeared in Jersey Boys, Outlaws and Angels, Fargo, Twin Peaks, and more

Speaking of working with a Hollywood legend like her father, she said,  "I had a lot of guy friends growing up and they'd get very nervous around him. But I just know him as 'Dad.'"
Being the daughter of one of the most famous movie cowboys of all time does have its advantages, she admitted. "I grew up riding my whole life, so it was really exciting that I ended up doing all of those stunts myself," Eastwood said, adding that she practiced slinging real guns at a firing range to get into character for Outlaws and Angels.

Coming back to her personal life, Clint became a grandfather again a few years ago when Francesca had a son named Titan Wraith Eastwood with boyfriend Alexander Wraith in September 2018. Wraith was already father to his then seven-year-old Trajan who he shares with his estranged wife Lili Gaildraud. Francesca was previously also married to Jonah Hill's brother Jordan Feldstein in 2013, but the marriage was annulled a week later, reports The Sun. He died in died in 2017 after suffering a blood clot in his leg at just 40 years old.