After discovering who she was after 30 years, the actor welcomed her into his life. 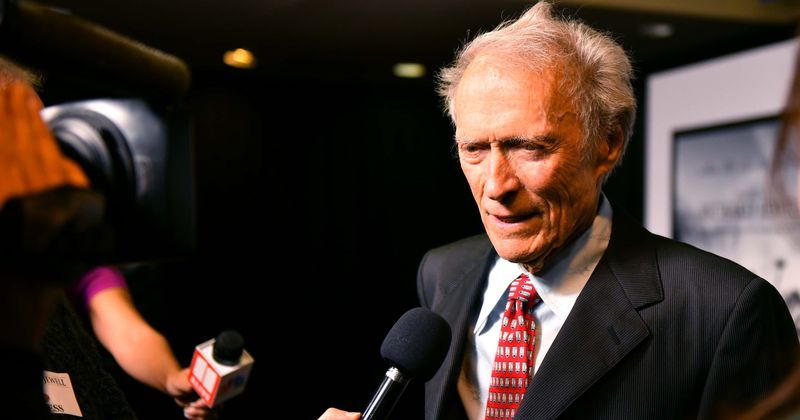 Clint Eastwood is renowned for his movies, both in front of the camera and behind it. Yet, the Oscar-winning actor and director's private life is not as well-known. Eastwood himself was unaware that he had a daughter... for nearly 30 years! According to the Daily Mail, his "secret daughter" named Laurie Murray was given up for adoption by her mother who had a serious relationship with him. Laurie's existence was first revealed by Eastwood's biographer Patrick McGilligan, who said Laurie's mother was in a relationship with the star while he was engaged to first wife, Maggie Johnson. When the woman found out she was pregnant, she gave the baby up for adoption.

Clint Eastwood's secret daughter tracked him down 30 years ago https://t.co/McUr04irS0

Laurie was adopted by a family in Seattle. As she grew older, Laurie wanted to know the truth about her biological parents. She hired someone to help track down her parents. The search surprised Laurie. "This all happened around 30 years ago. Laurie had been really interested in finding out who her real parents were and hired someone to help her. When they found the paperwork, her biological mother had written down Clint Eastwood's name," said a family friend, according to Daily Mail. "From what it appeared, Clint Eastwood had no idea that she was even pregnant. I don't think she had the best upbringing, certainly not privileged. When she found her biological parents, she reached out to her mother but she didn't want to be contacted. It obviously came as a great shock to Laurie but I believe that Clint was extremely receptive to her and the situation."

How Laurie Murray found out her father was Clint Eastwood https://t.co/FU7GIMwTTa pic.twitter.com/Rw4MIwnH6L

Though it is unknown as to how Laurie made her initial contact with Eastwood, the unconventional father-daughter duo share a great relationship with Eastwood even bringing her to red carpet events. "I think when he discovered she was his daughter and realized she was that person from long before … he was okay with it," wrote Patrick McGilligan in his book, Clint: The Life and Legend, reports Inside Edition.

Laurie was present with the rest of Eastwood's family at the 2004 Oscars. She was dressed in an orange gown in the back of the limo with Eastwood's second wife, Dina, and on the red carpet, holding the arm of the actor's mother, Ruth Wood. The friend added, "We always wondered why it was never really widely known or widely acknowledged before. He took Laurie to the Oscars around the time that he was nominated for Mystic River with his mom and Dina. Laurie had a really great relationship with Clint's mom. It seems to be a close relationship and they are together fairly often." They continued, "Laurie is a very nice woman and very private, she definitely doesn't go around telling people this. She's a great athlete, talented golfer and Clint's a great golfer. Laurie's family are members at the Tacoma Country & Golf Club and Clint has been there. Laurie and her family have spent Thanksgiving with the Eastwoods in the Carmel area a few times."

Laurie was also seen at the premiere of his film, The Mule, in 2018. As we reported earlier, the veteran actor was joined by three of his seven kids: sons Kyle, 50, and Scott, 32, and daughter Alison, 46. His ex-wife, Maggie Johnson, to whom he was married for 31 years, granddaughter, Graylen, and longtime girlfriend, Christina Sandera, were also in attendance, posing for pictures with the family at the time. According to Inside Edition, at the premiere in Los Angeles, she posed for photos with Eastwood’s seven other children, her siblings. There, she reportedly gave her name to photographers as "Laurie Eastwood." The actor's 22-year-old daughter, Morgan Eastwood, posted a photo of the entire family to Instagram, writing: SO RARE for all 8 Eastwood siblings to be in one room!!!