The rape took place in 2008 by an 18-year-old member of Jehovah's Witnesses Church in Roy. 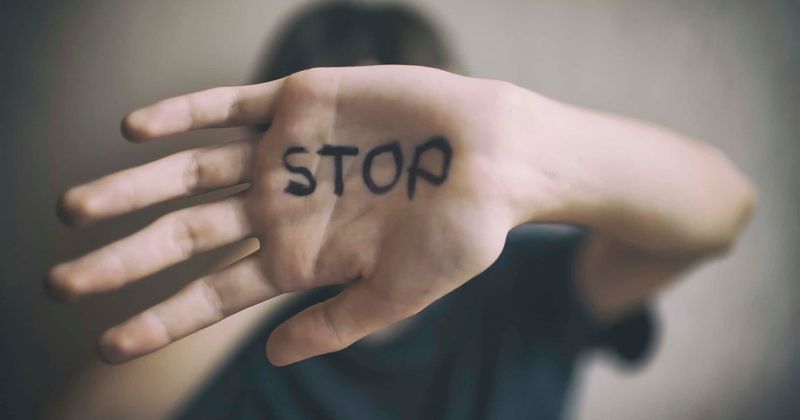 Trigger Warning: The story has details of child abuse and rape that readers may find disturbing

In Utah, a woman has alleged that members of her church, the Jehovah's Witnesses in the city of Roy, forced her to listen to an audio recording of her rape back in 2008 when she was still a teen. The woman has alleged she was raped by a church member. The state's Supreme Court heard these arguments a few days ago, which also brought into question the protections churches receive under the First Amendment reports Deseret News. The girl who is now in her 20s was 14 years old when she alleged church members subjected her to the ordeal after she had already been through the nightmare of being raped. The rapist, she claimed was an 18-year-old man who began by bullying her and then sexually assaulted her in December 2007. The woman said that he raped her many times before providing their church leaders a recording of one instance. They inturn made her listen to it for four hours intermittently.

I don’t have words for this kind of cruelty.

“The Utah Supreme Court heard arguments Monday in a case alleging male leaders of a Jehovah's Witnesses congregation in Roy forced a 15-year-old girl to listen to a recording of a man raping her in 2008.”https://t.co/C1RauCRv3P

She also alleged that she cried and pleaded for the elders to stop the recording. According to her lawyers, the goal of the elders was to extract a confession that the woman had voluntarily engaged in sexual intercourse outside of marriage. Following the nightmare she was put through, the woman claimed her mental health deteriorated. She said she sought medical treatment and counseling for anxiety, nightmares, and poor performance in school according to her lawyers. While the case had been argued in the lower courts at first, they ruled that under protections of the First Amendment the church was not liable for the incident. These rulings the woman's lawyers said was wrong and that courts had got it all wrong. One of the courts, where the case was appealed, was the 2nd District Court who ruled that it had “no hesitation” in sending the case to a jury.

It’s not just that these churches trivialize the assault and abuse that is reported. It’s that the church makes no secret of the fact that they prioritize the “salvation” of the sinner or perpetrator over that of the safety and well being of the victim.

But only if it pertained to a secular setting. The woman has sued the church, four elders of the church, and the denomination's national organization in Oden’s 2nd District Court in 2016. Other organizations that were also sued were The Watchtower Bible and Tract Society. Justices who heard the case heard both sides since the matter presented a difficult position with regards to civil claims related to religious matters. Both parties however did agree that the woman's allegations were not criminal offenses. Justice Deno Himonas expressed concern on the matter while replying to the church elder's lawyer. He said, "The allegation here is a mental and emotional equivalent of waterboarding. I’ve been a judge for a long time and a lawyer for a long time. I’ve never seen, in court, anything like this that’s alleged.”

This is so abhorrent. That poor child. I hope she’ll be able to overcome this nightmare.

“It’s an important and difficult case,” Chief Justice Matthew Durrant said during the hour and a half long proceedings. Last year, the Utah Court of Appeals ruled on the matter and stated that adjudicating the woman’s legal claim would be excessive entanglement since it “requires an inquiry into the appropriateness of the church’s conduct in applying a religious practice and therefore violates the Establishment Clause of the First Amendment.” The woman's lawyer, Robert Friedman however disagreed on the matter and said while there was no disputing that religious reasons were at play, “the motive cannot justify the conduct.” He also argued that the courts are not required to interpret religious teachings or whether a belief is true or false which is something that comes under the First Amendment.

Jehovah’s Witnesses are arguing in court that male church leaders were exercising their First Amendment rights when they forced a 15-year-old girl to listen to a recording of a man raping her. My skin is crawling. https://t.co/GebPWIwDoi

The church's lawyer argued that the church elders had a duty in their faith to investigate allegations of sin and the teenager. Many on social media expressed their disgust at the church's actions. Leila Walsh wrote on Twitter: How could 14 yr old girl consent to sex with 19 yr old man? She is not of age and if she can’t consent, she can’t have committed a “sin” these church elders were so eager to determine to point of emotional torture.