Yeager and the historic flight were the subject of Tom Wolfe's book "The Right Stuff" which was also made into a popular movie of the same name. 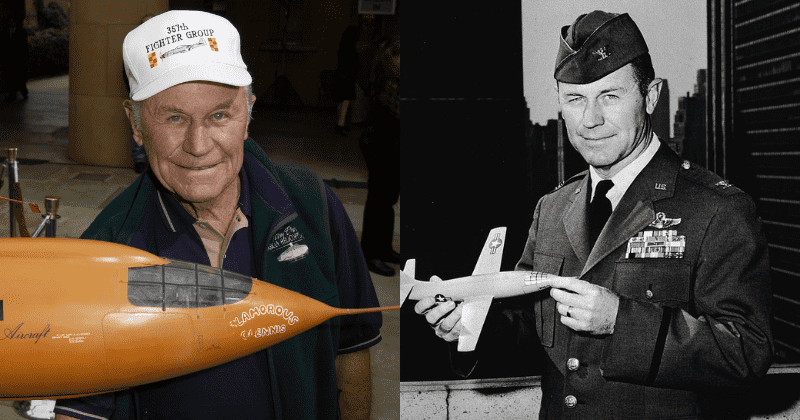 U.S. Air Force pilot Chuck Yeager, the first man to travel faster than the speed of sound, has died at 97. His wife Victoria Yeager confirmed the tragic news on Twitter where she expressed her "profound sorrow". She wrote: I must tell you that my life love General Chuck Yeager passed just before 9pm ET. An incredible life well lived, America’s greatest Pilot, & a legacy of strength, adventure, & patriotism will be remembered forever. Yeager flew the Bell X-1 on 14 October 1947, - which he nicknamed "Glamorous Glennis" after his first wife - and achieved the feat thus immortalizing his name in the history books. The experimental rocket plane was dropped from the bomb bay of a B-29 aircraft in the south-western US over the Mojave Desert, reports BBC.

Breaking News: Chuck Yeager, the first pilot to break the sound barrier, has died at 97. He became a national celebrity thanks to “The Right Stuff” by Tom Wolfe. https://t.co/wyGDrWfZ7S

It was not until a year later in June 1948 that the public came to know of the feat. The historic flight and Yeager were the subject of Tom Wolfe's book "The Right Stuff" which was also made into a popular movie of the same name. On October. 14, 2012, in remembrance of his 1947 flight, he broke the sound barrier again but this time by flying in the back seat of an F-15 Eagle at the age of 89 years old. Jim Bridenstine, NASA Administrator released a statement about Yeager's death where he said, “Today's passing of Gen. Chuck Yeager is a tremendous loss to our nation. Gen. Yeager's pioneering and innovative spirit advanced America's abilities in the sky and set our nation's dreams soaring into the jet age and the space age. He said, ‘You don't concentrate on risks. You concentrate on results."

We mourn the passing and celebrate the life and legacy of a pilot who truly had the right stuff, General Chuck Yeager. In 1947, Yeager broke the sound barrier and proved that we can always keep pushing further and faster. pic.twitter.com/pnPMUzMsv4

He added, "No risk is too great to prevent the necessary job from getting done...Long after he became a legend in his own time, he continued to serve his country through the military and later in his ongoing work to test new aircraft. Chuck's bravery and accomplishments are a testament to the enduring strength that made him a true American original, and NASA's Aeronautics work owes much to his brilliant contributions to aerospace science. As a young naval aviator, I was one of many around the world who looked up to Chuck Yeager and his amazing feats as a test pilot.”

Yeager was just 24 years old when he broke the sound barrier reports NBC. In an interview in 1968, he said about the flight, “Sure, I was apprehensive. When you’re fooling around with something you don’t know much about, there has to be apprehension. But you don’t let that affect your job.” He added, he could have gone faster if he carried more fuel. Asked about how breaking the sound barrier felt he said it “was nice, just like riding fast in a car.” He added, “It wasn’t a matter of not having airplanes that would fly at speeds like this. It was a matter of keeping them from falling apart.” Yeager joined the Air Force after high school in 1941 and went on to take part in World War II shooting down 13 German planes on 64 missions. His plane was also shot down once over German-held France but he escaped.

Today's passing of Gen. Chuck Yeager is a tremendous loss to our nation. His pioneering and innovative spirit advanced America's abilities in the sky and set our nation's dreams soaring into the jet age and the space age.

He joined the Wright-Patterson Air Force Base in Dayton, Ohio as a test pilot and achieved many feats after 1947. In 1953, he flew an X-1A at more than 1,600 mph. He also flew on several missions during the Vietnam War and was promoted to brigadier general in 1969 before retiring in 1975. While he did want to fly a spacecraft, he said he regretted not having a college education to do so. During an interview in 2009, he said, “I’ve flown 341 types of military planes in every country in the world and logged about 18,000 hours. It might sound funny, but I’ve never owned an airplane in my life. If you’re willing to bleed, Uncle Sam will give you all the planes you want."