Chuck Norris Readily Accepted A Daughter He Didn't Know He Had: "I Didn't Need DNA or Blood Tests"

The child named Dina wrote to him in 1991 and he agreed to meet her. 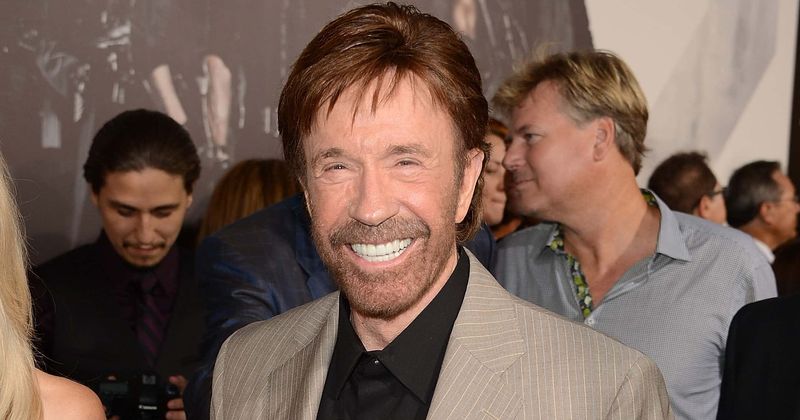 Chuck Norris, 80 might be a huge action star and deeply religious but even stars make mistakes and so did he. In his tell-all biography, Against All Odds: My Story the actor famous for his martial arts movies revealed that he had cheated on his then first wife Dianne Holechek with another woman who became a mother to his secret child. The child was now all grown up now and named Dina. She wrote to him years later and instead of pushing her away, he said he readily accepted her without a batting eye or asking for any proof like many other stars would usually do. The year was 1962 and Norris was not aware of his status as a father if Dina had not contacted him. Dina wrote to Norris in 1991 and claimed to be his biological daughter. According to contact music, he said he was ashamed of his actions and for not telling her mother, Johanna, that he was married then.

"To my shame I never told Johanna that I was married," he wrote in his book. He met with Johanna much before he became a star and was serving in the US Air Force. He was stationed at its California base for a brief time and met Johanna and that's when he got physically intimate with her. Norris moved away and he did not think too much about his chapter of his life. Even Dina herself had no idea she was the daughter of the famous star up until she heard her mother speak to a friend about the topic.  She confronted her mother and the truth soon came out. "Johanna later confirmed to Dina that I was her biological father but that I was married and had children and she shouldn't disrupt my life," Norris said in his book. His daughter was stubborn and wanted Norris to know that she existed and thought about him. She finally got in touch to Norris through a letter.

He agreed to meet up with her mum and her. "I didn't need DNA or blood tests. I went to her, wrapped my arms around her, and we both started crying. At that moment, it was as if I had known her all my life," said Norris. According to Biography.com, Norris married Dianne who was his high school sweetheart back in 1958. The same year he joined the U.S. Air Force. His interest in martial arts started when he was at the Osan Air Base in South Korea and began taking it up seriously. The year he met Johanna he also left his service and started working as a karate instructor and opened up more than 30 karate studios that boasted of prominent celebrities such as Priscilla Presley and actor Steve McQueen as students. McQueen was the one who got Norris into acting.

Meanwhile, he participated in numerous martial arts tournaments and won in many including the World Middleweight Karate Championship title in 1968. He defended this title five more times and retired in 1974. But one closed door leads to the opening of another and Norris was to soon achieve stardom as an actor. He appeared in a cameo in few movies and starred in the hugely successful  1972 movie, Way of the Dragon or Return of the Dragon that had the biggest martial art action star of that time, Bruce Lee. He acted as a lead in the 1977 movie, Breaker! Breaker! and the rest, as they say, is history.