trending celebrity people lifestyle news animals
Chuck Norris Abandoned His Career To Support His Ill Wife: 'My Life Is About Keeping Her Alive'

Chuck Norris Abandoned His Career To Support His Ill Wife: 'My Life Is About Keeping Her Alive'

Wife Gena O'Kelley experienced an adverse reaction to a contrast agent, leading to a chronic condition. Norris decided to put his career on the backburner to take care of her. 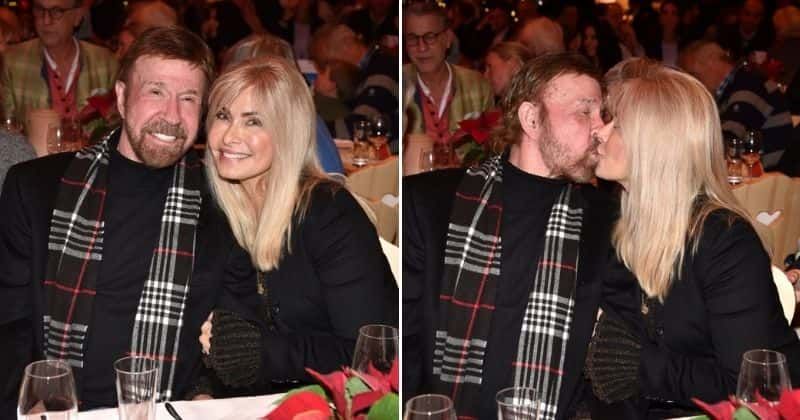 At 80 years old, actor and martial artist Chuck Norris decided to leave his career on the back burner so he could support his wife, Gena O'Kelley, aged 57, when she fell ill. Norris and O'Kelley have been married since the year 1998 and are parents to twins Danilee Kelly Norris and Dakota Alan Norris, both aged 18. In 2013, O'Kelley was diagnosed with rheumatoid arthritis. During regular screenings, she had a strange reaction to gadolinium, a contrast agent used during medical scans. Ever since, Norris has dedicated his time to ensuring his wife receives the best treatment, Express UK reports.

"I’ve given up my film career to concentrate on Gena, my whole life right now is about keeping her alive," he said in an interview with the news outlet. "I believe this issue is so important." O'Kelley's condition is rather rare, as not many individuals have negative reactions to gadolinium. Over the course of eight days, his wife received three injections of the contrast agent, triggering gadolinium toxicity. At first, she was informed it was impossible for her to experience gadolinium toxicity. However, she claimed that it felt as if her body were "on fire." She once shared, "[It was] as if acid had been passed through [my body]. The burning was isolated at first, but it just kept spreading. Before this, I was a vibrant person. In fact, I’d say my health and fitness levels would have put me in the top 10 percent of people in the world back then."

O'Kelley went on to receive treatment at a clinic in Nevada. During this time, her husband never left her side. "I just lay in bed on an IV for five months and had to have round-the-clock nursing care," she said. "Chuck slept beside me on the couch and never left. I prayed that I would live to raise my children. It’s infuriating and heartbreaking—it’s a vicious, ugly secret that has been kept hidden—something Chuck and I are determined to change." Even five years after the medical scans, O'Kelley had a gadolinium deposition disease caused by the original gadolinium injections. Following her treatment, the couple sued three different companies for $10 million in damages.

Now, Norris is committed to staying healthy and fit so he can celebrate his 50th wedding anniversary with his wife. He asserted, "I'm trying to stay in good shape so we can one day celebrate 50 years of marriage." Despite their wide age gap, Norris and O'Kelley are completely dedicated to each other. The two met each other in the year 1997 and tied the knot after a year of dating. They have been absolutely inseparable from each other ever since.