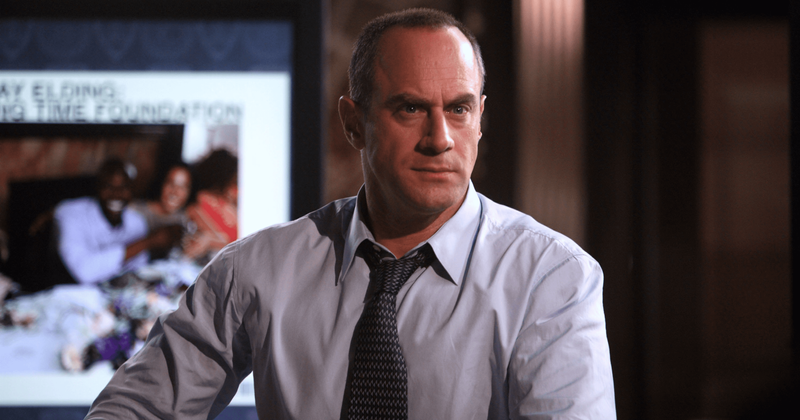 Sergeants, report for duty and witnesses, hold on to your seatbelts—we are in for a wild ride. Get ready to battle the odds yet again alongside Detective Elliot Stabler, who is officially returning to the New York Police Department. NBC made the reveal on Tuesday, announcing the upcoming spinoff, Law & Order: Organized Crime, with Christopher Meloni reprising his role as our favorite NY detective, The Wrap reports.

The show will take us back to the bleak and uncertain environment of New York which is under attack by organized crime yet again. We will follow Stabler as he returns to the NYPD after suffering a devastating personal loss of his own, NBC stated. With our beloved detective swinging back into action, we will witness him adapting to the change of times since he left the force about a decade ago. Stabler was well received by fans in previous appearances and this upcoming adventure of his shows us his journey to find absolution and "rebuild his life while leading a new elite task force that is taking apart the city's most powerful criminal syndicates one by one," according to NBC.

NBC's official synopsis of Law & Order: Organized Crime, as reported by Deadline, states: The drama features Christopher Meloni reprising his beloved “Law & Order: SVU” role as Elliot Stabler, who returns to the NYPD to battle organized crime after a devastating personal loss. However, the city and police department have changed dramatically in the decade he’s been away, and he must adapt to a criminal justice system in the midst of its own moment of reckoning. Throughout the series, we will follow Stabler’s journey to find absolution and rebuild his life, while leading a new elite task force that is taking apart the city’s most powerful criminal syndicates one by one.

It was revealed that the series will premiere this coming fall and will air on Thursdays at 10 p.m. following Law & Order: SVU, so we've got a double-delight ahead of us. SVU was renewed through its 24th season. Its current record-breaking 21st season displaced Gunsmoke and the flagship Law & Order series as the longest-running live-action primetime television show.

Detective Stabler and his new role with the force will be revealed in the season 22 premiere of SVU. Meloni's return to the franchise was announced back in March as the upcoming spinoff has already received a 13-episode order. Meloni was an original cast member when the franchise premiered all the way back in September 1999, and he had earned a lead actor in a drama series Emmy nomination for his work on the show in 2006.

"We were just going to lay some groundwork down in anticipation of Elliot's return of course in his own series," said SVU showrunner Warren Leight, according to Daily Mail. "We had the sense that the first episode of next year for SVU was going to bring Elliot back, so we were going to foreshadow that and explain a little more what happened to Simon," he added. The upcoming season of SVU will reportedly address George Floyd's death by a police officer and the protests that followed. "Whether we'll get to see his family as well, remains to be seen. There's a lot of moving parts," he stated. "It's not just about the SVU season opener, it's how do we help launch the new series and how much crossover will there be between Elliot and Olivia as the season goes on."

I’m so there for “Law and Order: Organized Crime.” Can’t wait to see Elliot Stabler back in action @Chris_Meloni https://t.co/RyowrOjlip

Dick Wolf, the brains behind the Law & Order franchise, is also behind the spinoff and will serve as executive producer alongside Arthur W. Forney and Peter Jankowski. Wolf signed a five-year deal with Universal Television last month, for what was speculated to a nine-digit figure and this is the first show to come out of that arrangement. Meloni, in particular, was praised for his chemistry with Mariska Hargitay, who plays Detective Olivia Benson, Stabler's partner in the show. The latter was written off the show following its season 12 finale, but thankfully he wasn't killed off and they retired him instead. Since then, Meloni went on to guest-star in a number of shows, including Pose and Surviving Jack, as well as lead the SyFy series Happy!

The new Law and Order with the one and only Chris Meloni reprising his #SVU role, Elliott Stabler has a title and will be on Thursdays! 🚨 #organizedcrime #welcomeback https://t.co/Sp6tzODosv