trending celebrity people lifestyle news animals
Chris Watts, Who Murdered His Pregnant Wife And Little Girls, Is "The Most Hated Man In Prison"

Chris Watts, Who Murdered His Pregnant Wife And Little Girls, Is "The Most Hated Man In Prison"

Watts is in "protective custody" at a maximum-security prison in Wisconsin as he might be in danger from fellow inmates. 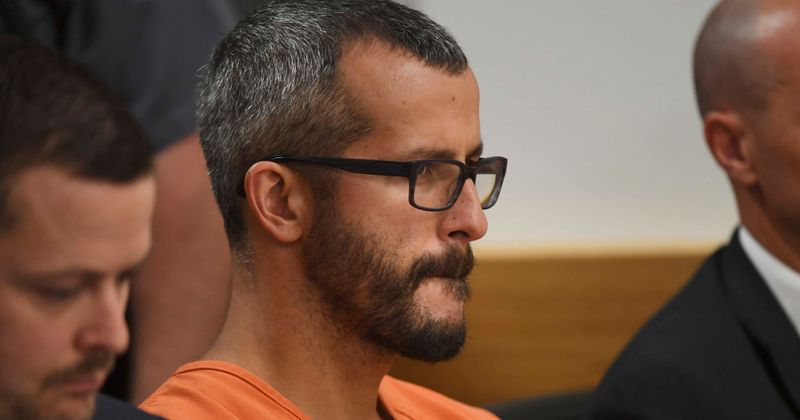 Chris Watts, who horrifically murdered his pregnant wife and two little girls, is an "outcast" among his fellow inmates at a high-security jail in Wisconsin he is in. Currently serving a life sentence at the Dodge Correctional Institution, a maximum-security prison in Waupun, Watts spent May 16, his 36th birthday, quietly in jail. He was convicted in 2018. A prison source of PEOPLE, who claimed to have spoken to Watts, said he is ostracised even by the prison guards. Watts is kept in "protective custody" because he is in danger from the prisoners housed there. "No one wants anything to do with him. He's on the lowest social tier of the entire prison. He's in protective custody because if he's around other inmates, he'd be in real danger. He's an outcast, even among criminals," said the source.

Watts strangled his wife, Shannan, at home and then killed his two daughters - Bella, 4, and Celeste, 3 at an oil field. Then, he buried his wife in a shallow grave and threw the bodies of his daughters in oil reservoirs. He is believed to have committed the crime because he was having an affair with a woman named Nichol Kessinger and wanted to marry her. The source added Watts can go without speaking with anyone for days and mostly spends his time writing letters and reading. "He's probably the most hated man in that prison," the source said, while adding there's a special kind of hate for killers of children. "There's a definite pecking order in jail, and someone who hurts or kills kids is at the very bottom," the source said. Watts was moved out of the Colorado prison and to the present facility due to security reasons.

Waste of prison money to keep him alive

"He's a young guy, only 36. So he could live like this for the next 50 years. It's probably a fate worse than death," the source added. Inside his cell, he has pictures of his family and a Bible, with reports suggesting he has turned to religion since his conviction. The source also said that he had a number of pen pals who write to him, and many of these are women.  According to him, Watts spends a lot of time replying to these letters and reading them. "He'll write his penpals this season, and they're sending him notes, as well. It's literally all he can do at this point," the source said. According to another PEOPLE report, the source said, "He got a lot of letters at first. Many of them are from women who thought he was handsome and felt compassion for him. He had nothing better to do, so he wrote them back. And he started having penpals."

Chris Watts' is 'Haunted by What He Did' 2 Years After Murdering His Family: Source​ https://t.co/i3pIKchrmH

The source said further that Watts regrets his crime every day, according to another report. He is, however, resigned to the fact that there is not much to look forward to in the future and is "hopeless". "He knows exactly what he did. He's haunted by what he did. He says he can't shake the memories of his family, and they haunt him. He is in his own psychological torment, every day of his life. He knows he deserves it. He knows that he made many mistakes in his life, and this is his punishment," the source said. The report also highlighted that Watts leaves his cell only for a shower or exercise.

A deadly double life: While appearing as a family man, Chris Watts wrote love letters to another woman before murdering wife and daughters. https://t.co/HxVIFDB7no pic.twitter.com/KIAG66T09B

The source added: “A day doesn’t go by — a minute doesn’t go by — where he doesn’t think about his family. He's in a hell of his own making. Nothing changes. Every day is like the day before, and every day in his future will be the same as today."