Chris Watts’ Daughter, 4, Begged For Her Life After She Saw Him Kill Her Sister: “Please Daddy"

Watts killed both his daughters after murdering his pregnant wife, Shanann on August 13, 2018. 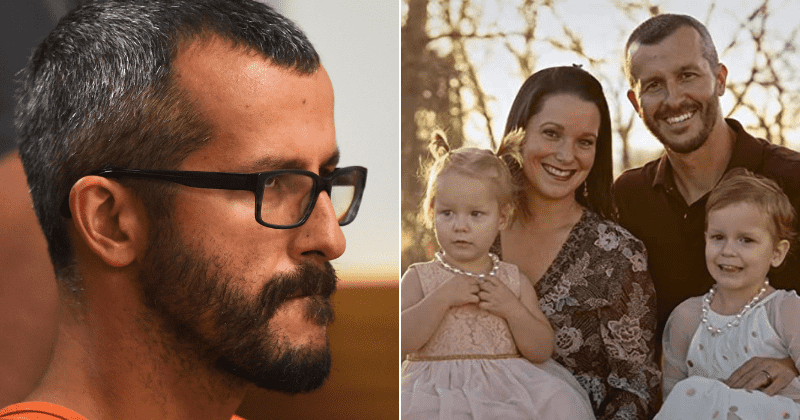 Trigger warning: This article contains graphic details of violence that some readers may find distressing.

No one expected Chris Watts, a 33-year-old father of two to turn into a "family killer". Watts from Colorado is now infamous for senseless deaths of his family: his pregnant wife, Shanann and their two daughters, Bella, 4, and Celeste, 3, back in August 2018. 4-year-old Bella was the last to be murdered as she watched in horror and implored her father, "Please, daddy, do not do to me what you just did to Cece." The 4-year-old was then suffocated to death, reports The New York Post. Attorneys representing the family of Chris’ wife, Shanann, shared details of the gruesome murder on The Dr. Phil Show.

Attorney Steven Lambert who represents Shan’ann’s parents — Frank and Sandy Rzucek and the other lawyers recalled how Bella “fought for her life” despite being so young.
“There was a struggle,” said Lambert. “Of the things that have been hard for the [family] to comprehend and to accept in this reality, what happened to Bella in those last moments has been the hardest.” Bella stumbled in on Chris strangling his wife after an argument they had about their relationship and had just murdered her in their home. “What are you doing with Mommy?’” Bella asked, according to Lambert. “What [Chris] said was, ‘Mommy is sick. And, we need to take her to the hospital to make her better.’ From our understanding, Bella did not witness the actual killing of her mother.” After reaching a site to dispose of his wife's body, Bella watched her father kill her sister with her favorite blanket. “He walks over, takes CeCe’s favorite blanket, and smothers her,” Lambert said. “Then, he takes her body, takes it out of the vehicle. At this point, Bella had unbuckled herself from the vehicle. He went back to the vehicle. Bella said, ‘Please, Daddy, don’t do to me what you just did to CeCe.’” Shanann's family also shared their version of the events on the show.

Watts pleaded guilty in November to killing his wife Shanann and their daughters. According to abc11, Chris Watts' parents spoke about their son and called the relationship he had with his late wife, abusive. "It boils down to: I just want the truth of what really happened," said Ronnie Watts, Chris' father. "If he did it all, I can live with it. If he didn't, I want him to fight for it." Was Chris was capable of killing their children? Cindy Watts replied, "I would say she's more capable than Christopher. Christopher, I don't see him capable at all but if something happened that night and that did happen -- God forbid if it did happen -- what was the trigger? Why? What happened? I just want the truth because he's not the sociopath next door. He's not the kind of person that would do something like that. I have to know why. I have to know. It's important to me."

How can a man- regardless of how he feels about his wife- also decide to kill his beautiful little girls? Just toss them away like garbage? I just... don’t understand 😥 get a divorce! I mean... #chriswatts #AmericanMurderTheFamilyNextDoor

Shanann's parents, Frank and Sandra Rzucek, issued the following statement about their daughter's relationship with Chris: Shanann Watts was a faithful wife, and the most gentle and loving mother in the world to her children Bella, Celeste, and Nico. She was also the best daughter any parent could ever hope for. Shanann was a wonderful soul.Everyone who knew Shanann knows this to be true. Even Chris Watts knows this to be true. Yet Chris Watts still chose to murder Shanann, Bella, Celeste, and Nico. Chris Watts still chose to dump the bodies of his own family in oil tanks. And Chris Watts still chose to lie about it until he could lie no more. He pled guilty to murdering his family because he is guilty. Monday evening, the parents of Chris Watts gave an interview in which they attempted to defend their son. In doing so, they felt the need to make vicious, grotesque and utterly false statements about Shanann. Their false statements, however hurtful and inaccurate, will never alter the truth about Shanann, and will never alter the truth about the crimes committed by their son, Chris Watts. Shanann's memory and reputation deserves to be protected. And her family is fully prepared to do so.

I just watched the Netflix documentary on the murder of shannan Watts and her beautiful children by the monster #ChrisWatts I’m lost for words at this ugly and Nasty soul, my thought and prayers are with Shannan’s family. They sadly will suffer forever for the loss of their kids