'Pippi Longstocking' Is Getting A New Movie

Pippi is the adorable protagonist of the popular children’s books by Swedish author Astrid Lindgren. 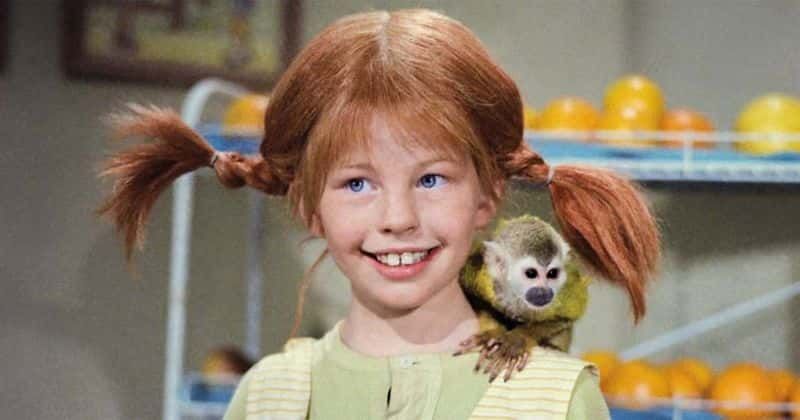 A Pippi Longstocking film is in the works! We know there's been a bunch of adaptations including Columbia Pictures’ 1988 movie The New Adventures Of Pippi Longstocking but fans still can't get enough of her iconic red hair, freckles, strength, and most importantly, her free spirit. "Pippilotta Delicatessen Windowshade Mackrelmind Ephraim's Daughter Longstocking" is coming back to the big screen and this time David Heyman, the producer of the Harry Potter movies, is also onboard. For those who need a quick refresher, Pippi is the protagonist in children's books by Swedish author Astrid Lindgren. The writer's charming character is known as “the world’s strongest girl." She's also totally independent as a kid, living by her own rules. Pippi refuses to grow up and is perfectly fine being a little different from everyone else.

Paddington duo StudioCanal and David Heyman are teaming with the Astrid Lindgren Company to develop the film, reports Deadline. Heyman said, “I am thrilled to collaborate with Thomas Gustafsson, Olle Nyman and their team at the Astrid Lindgren Company and our partners at Studiocanal on this film adaptation of the brilliant and timeless Pippi Longstocking. Pippi has endured and inspired families everywhere through her life force, strength of character and her irrepressible joie de vivre. Astrid Lindgren’s books have been translated around the globe for many years – a testament to her vision which we are determined to honor with a new film.”

‘Give the children love, more love and still more love – and the common sense will come by itself.’ Astrid Lindgren in a debate concerning the rights of children in the magazine “Husmodern” (“The Home-maker”) 1948. #astridlindgren pic.twitter.com/d4v79Ogk4z

According to Variety, Nils Nyman, Lindgren’s grandson and CEO of Astrid Lindgren Film shared her faith in the movie team, saying, "In David Heyman, with his impressive track record of bringing great literary works to the screen, together with Studiocanal, we are confident that we have found a team that can understand and appreciate the full value of Pippi Longstocking and develop films that capture both the playfulness and the gravity in my grandmother’s works."

I've wanted to make a Pippi Longstocking movie for the last ten years, and someone is finally doing it! It's time for Pippi!https://t.co/cLgljGFjEC

Who would have thought Pippi's story would continue for decades after she first appeared in three Pippi chapter books that were published from 1945 to 1948? Soon after, three short stories and a number of picture book adaptations followed. It'll be interesting to see how today's audience will perceive the adorable character. “It’s a real pleasure to work again with David Heyman and the team at Heyday, bringing Pippi to audiences around the world,” said Studiocanal CEO Didier Lupfer and EVP of international production and acquisitions Ron Halpern. “Pippi will play to the imaginations of adults and children alike, and we are so delighted to bring her beautifully enduring stories to life.

Pippi's unique personality drew both fans and critics. According to DW, some adults have felt that the 9-year-old was a bad role model as she lived alone in a mansion and did whatever she wanted. They also called her language sloppy and vulgar.  "No normal child eats a whole cream cake or walks barefoot on sugar," wrote John Landquist, a well-respected professor, in the Swedish newspaper Aftonbladet.  "Both are reminiscent of the imagination of a madman." But many countered this argument, highlighting the little girl's fiercely independent spirit. "Pippi Longstocking is a true children's heroine," said Münster-based psychology professor Alfred Gebert. "Especially girls can identify with her. Because Pippi is strong, cheeky and helpful. She lives alone in a big villa, does not go to school and can still achieve everything she wants." Pippi is totally fine with her own company as well. But at the same time, her friends play an important role in her life. "Anyone who had Pippi Longstocking as a child heroine will probably be able to stand up well against men in their profession and do everything for their friends," Gebert surmised in an interview with the newspaper BILD. We love characters who dare to be different and are comfortable being their one-of-a-kind selves, isn't that the appeal?

A release date, cast, and crew details for the new movie are yet to be announced.

'What I loved most was that (Pippi) was a girl, and she was a little different, and she was still the most powerful character in those books.'
Michelle Obama via @NYTimes: https://t.co/LZ7E6IwRhB
Photo: Jacob Forsell/XP/TT pic.twitter.com/nTbVPDIyQw