“When girls are educated, everything is possible,” says the chief who has annulled over 1,500 child marriages in her 16 year long reign. 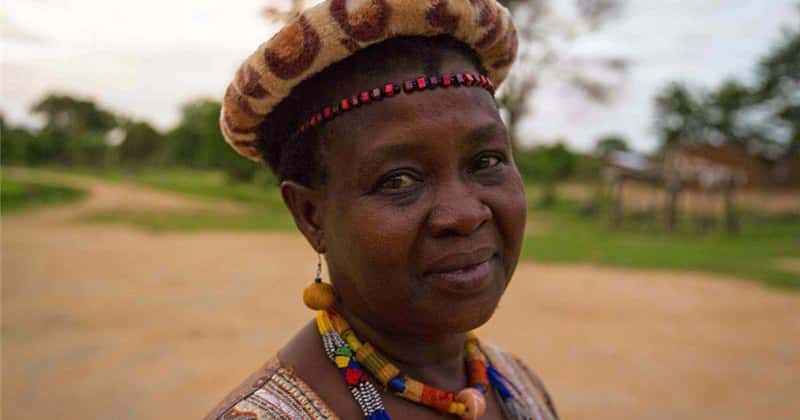 Malawi is one of the world's most concentrated regions for child marriages, where half of the girls who live in the nation are married before their 18th birthday, and as many as a quarter of the country’s maternal deaths occur in instances of teen pregnancy. But district Chief Theresa Kachindamoto is on a mission to change that. Nicknamed "The Terminator", ever since she was elected in 2003, Kachindamoto has annulled over 1,500 child marriages and has sent young girls in the Dedza district back to school.

Born as the youngest of 12 siblings, Kachindamoto worked as a secretary in a southern Malawi college for 27 years before she was elected as a leader due to her reputation of "being good with people". Over her 16-year tenure presiding over the Dedza district, she has fired male subchiefs who refused to ban child marriage and built up a large network of female informers, known as “secret mothers,” across the district’s 545 villages to ensure her rules are obeyed. “The chief has created a genius system for tackling child marriage from the ground up,” Habiba Osman, a program specialist at the UN Women’s Malawi office in the capital, Lilongwe, told Marie Claire. “It works because she has involved the entire community.” The Chief received a Leadership in Public Life Award for her work on the occasion of International Women's Day in 2017 at the 16th Annual Vital Voices Global Partnership Award Ceremony. When asked about what inspires her to keep working on this issue, Chief Kachindamoto said, “When girls are educated, everything is possible.”

In February 2017, Malawi took a major step to end child marriage by adopting a constitutional amendment that raises the minimum age of marriage from 15 to 18 years, for both girls and boys. “Now that the law has passed, we are relying on the Government and key stakeholders, like UN Women, to ensure its implementation,” said Chief Kachindamoto. “Another important step for us is to sensitize the community, girls and boys on this new amendment, so that they know that it is now illegal to marry off children before the age of 18,” she added. But she knows that people will take time to adopt the new law, and that her work is nowhere close to complete. “Changing attitudes and behaviors takes time, particularly, with male chiefs and parents who benefit from arranged, child and forced marriages," she said. "As we speak, parents are withdrawing their girls from schools.”

“My opponents here say I am defying our traditional culture,” she told Marie Claire. “But in my view we are redefining it.” She added, expanding on traditional views in the country, “In many areas people still believe a girl is ready to have sex and babies when she reaches puberty. We have to eradicate these old ways of thinking.” When she first went on a tour of her old district in the early 2000s, she discovered that families were permitting their children, sometimes as young as 12, to get married out of financial need: they were seeing the marriage of their family to another as a way to increase the workforce early and help put food on the table. She tells families that it's more important to keep their girls in school. And while she's slowly changing views in her district, not everyone agrees, and she's seen threats from male elders. She says, “Some have threatened me, saying things like, ‘You are still quite young. Are you ready to die?’ But I just tell them to go ahead and kill me, because it is the only way they will stop me from protecting our girls.”