The "Kiss an Angel Good Mornin" singer died in Dallas, Texas, from complications related to COVID-19 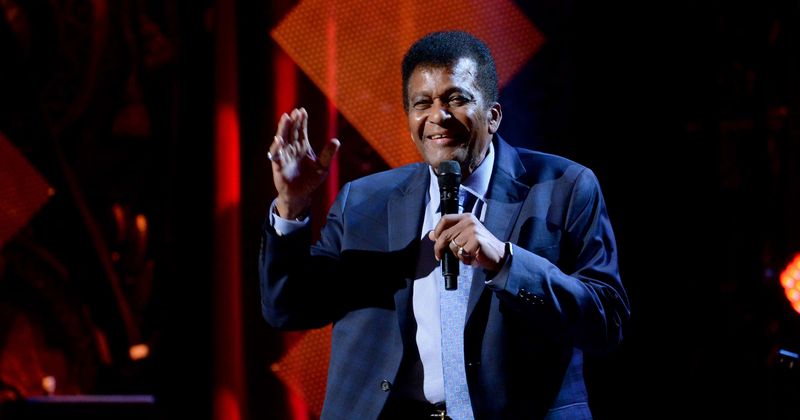 Renowned Country musician Charley Pride died in Dallas on Saturday from complications of COVID-19. He was 86 years old. According to NPR, the musician sold millions of records and was the first Black performer to become a member of the Country Music Hall of Fame. His most popular hits among many were "Kiss an Angel Good Mornin' " and "Is Anybody Goin' to San Antone." While most musicians in the genre are white Pride became one of the first Black men to become a major star in Country music. A sharecropper's son from Mississippi he rose to fame in the 60s and 70s. Pride who also has a star on the Walk of Fame in 1999 and a Lifetime Achievement Award from the Grammys in 2017, was last seen performing on Nov. 11 at the CMA Awards, where he performed "Kiss an Angel Good Mornin' " with Jimmie Allen.

He was one in a million, and for a little girl from North Carolina, he was among those who proved that anyone can do anything and not be required to be anything someone else wants.

Charley Pride previously told NPR just before he received the Lifetime Achievement Grammy that he resisted the label of a pioneer. "I've never seen anything but the staunch American Charley Pride," he said. "When I got into it, they used different descriptions. They'll say, 'Charley, how did it feel to be the Jackie Robinson of country music?' or 'How did it feel to be first colored country singer?'" Pride said: "It don't bother me, other than I have to explain it to you — how I manoeuvred around all these obstacles to get to where I am today. I've got a great-grandson and daughter, and they're gonna be asking them that too if we don't get out of this crutch we all been in all these years of trying to get free of all that, you see? 'Y'all,' 'them' and 'us.'" According to Rolling Stone in a 2019 documentary about his life and career, the singer opened up about a tense performance that took place in Big Springs, Texas, on April 4, 1968 — the date of Martin Luther King’s assassination. “I got onstage, nobody said nothin’,” Pride said. “They applauded, I got a standing ovation. I didn’t say nothin’ about nothin’ pertaining to what had happened. But it was hanging there, what had happened and me the only one there with these pigmentations. You don’t forget nothin’ like that.”

"No one had ever told me that whites were supposed to sing one kind of music and blacks another -- I sang what I liked in the only voice I had." -- #CharleyPride, a groundbreaking Country Music artist & a great man. #RIPCharleyPride pic.twitter.com/9K79JbntZA

What a shock. He was one of my favorite singers of all time. I am heartbroken. You will be missed, Charley.

Fans and those who worked with the icon shared their condolences online. Country musician Dolly Parton who sang with Pride on the duet “God’s Coloring Book,” tweeted: I’m so heartbroken that one of my dearest and oldest friends, Charley Pride, has passed away. It’s even worse to know that he passed away from COVID-19. What a horrible, horrible virus. Charley, we will always love you. Rest In Peace. My love and thoughts go out to his family and all of his fans. - Dolly. Dwayne Johnson aka The Rock wrote: Sad news. A lil’ insider Pride/Johnson intel. 10+ years ago I had the privilege of spending time with Charlie in Texas as I was going to play him in a biopic movie. Never got it made, but still my honor. Kiss those angels good morning, brother and RIL.

Heartbreaking. I truly loved my friend, Charley Pride. The world will never be the same. He was one of the very best things that ever happened to country music. I'm all tears tonight. #charleypride #KissAnAngelGoodMorning #ihatecovid19 pic.twitter.com/5iOdJNbDuv

So sad to hear about the loss of my old friend Charley Pride today. He was an amazing entertainer and could sing a country song like no other. I had the privilege of getting to work with him early in my career and he couldn’t have been nicer and more welcoming to a new guy. pic.twitter.com/xiLLmqflQ9

We’re saddened to hear about the loss of the legendary Charley Pride. He was a true gentleman with a kind heart. Our thoughts are with his loved ones. His music has made a huge impact on the three of us and on the world. #CharleyPride pic.twitter.com/Q2g7bu72Zn

According to The New York Times, he once mentioned what it was like to deal with being a Black man in the country music scene. “I get a lot of questions asked me, ‘Charley, how’d you get into country music and why don’t you sound like you’re supposed to sound?’” he explained to his audience during a 1968 concert recording released by RCA. “It’s a little unique, I admit,” he went on. “But I’ve been singing country music since I was about 5 years old. This is why I sound like I sound.” Pride initially wanted to pursue a career in baseball in the Negro American League, having left home at 16 to pitch for the Memphis Red Sox, among other organizations, and the Boise Yankees, an Idaho affiliate of the New York Yankees, music found its way into his life. He was also he was part owner of the Texas Rangers later in life. A former part-owner of the team, former President George W. Bush, said in a statement, referring to the former first lady, Laura Bush: “Charley Pride was a fine gentleman with a great voice. Laura and I love his music and the spirit behind it.” RIP, legend.