"I have lived all my life with René, he is still within me. I see him through the eyes of my children every day," said the singer. 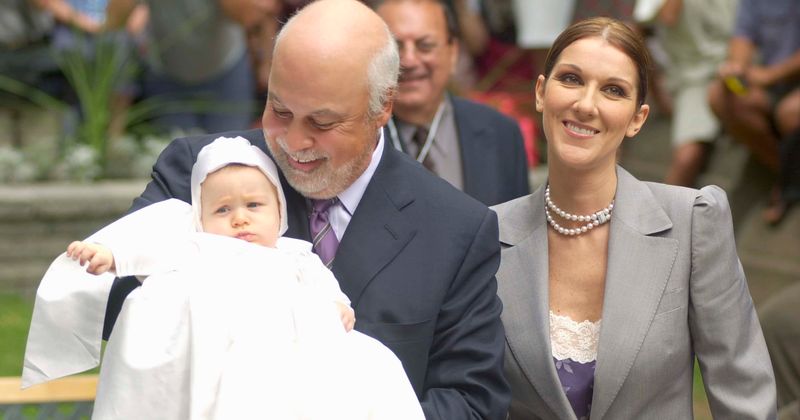 Her love will go on. Celine Dion has confessed that she is still in love with her late husband. In a recent interview with Andy Cohen, she dismissed rumors of dating anyone new. She said, "I do not date, I do not have a boyfriend. If I do find someone, great. If I don't, great. Because I'm still in love, once you are in love so much... I have lived all my life with René, he is still within me. I see him through the eyes of my children every day. I'm so passionate about life. I'm so lucky to have my three beautiful sons."

The couple met when she was only 12 and René Angélil was 38 during an audition and the rest was history. They began dating when she turned 19 but disclosed it to the media much later. "I was afraid of what people would think," Angélil has confessed of their 26-year age gap. But Celine couldn't hide it any longer, "When you're in love, you want to scream it to the world." They shared a career and later a life together for 21 years. While this may not be a conventional relationship it is definitely a long-lasting one. Rene was dedicated to Celine from the start. According to Good Housekeeping, in 1981, he even mortgaged his house to finance her album and took the teen and her mother on tour in Canada, Japan, and Europe.

They got married in 1994 but it wasn't easy. Celine's mother especially did not take the news well. "It was very difficult for her," Dion revealed. "When I told her I had some really strong feelings for René she tried everything to kill him and make me snap out of it. I was very frustrated and mad at first but she tried to make me understand that this man tried marriage twice before, he has three children, he's not responsible... Then it was so strong that my whole family was in love with him and she had no choice."

But tragedy struck while her career was soaring. In 1998, Angélil was diagnosed with throat cancer. She took a break to stay beside her husband. She admits it wasn't easy. "We had tension between us. It's never easy being husband and wife but add to that we are in business together, dealing with all the added pressures of shows, concerts, tours, traveling. It was hard – a lot of hard work." But all was well by 2000 when her husband was cleared of cancer. They welcomed their first child Rene Charles in 2005.

In October 2010, the couple welcomed their twin sons Eddy and Nelson following multiple IVF attempts. Nelson, named after South African President, Nelson Mandela, and Eddy, named after French songwriter Edd Marnay, arrived on October 23. "My greatest reward is my children," she has said. "Unless you are a mom you don't know what you're missing or what it even is really... It gives you true meaning to your life and it's the most important job. Who cares if people like me as a singer or not, they can find other singers and there will be other singers. But no other mother can be a better mother for my children than me."

However once again, Dion put her career on hold as Angélil's cancer relapsed in 2013. Unfortunately, this time he succumbed to the disease and passed away in 2016 survived by the 51-year-old singer and their three children. Her latest song aptly titled Courage is for anyone who has been through tough times and is looking for the strength to keep going. There's no replacing the way you touched me, I still feel the rush, she sings on the title track. Sometimes it drowns me until I can't breathe, thinking it's only in our memories, is another line from her album. Her songs truly reflect the incredible journey she has been and she continues to use her voice to help others find theirs.