trending celebrity people lifestyle news animals
Celine Dion Is Back At No.1 On The Billboard 200 Charts After 17 Years

Celine Dion Is Back At No.1 On The Billboard 200 Charts After 17 Years 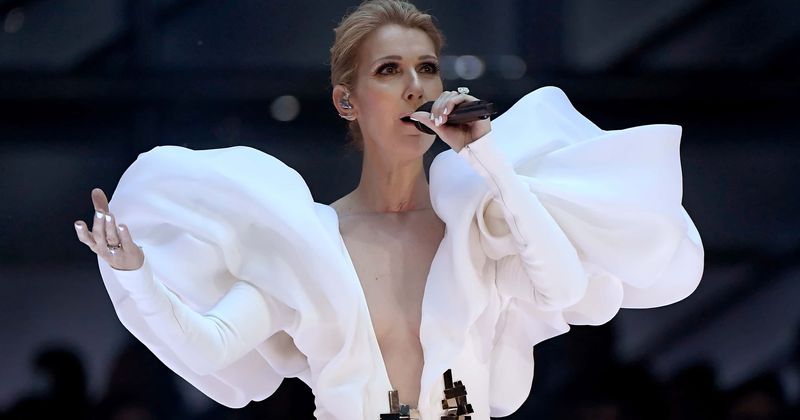 For fans of the iconic singer, a new day has come indeed. After 17 long years, Celine Dion is back to topping the charts with her new studio album, Courage which debuts at No. 1 on the Billboard 200 albums chart. This isn't the first time for the 51-year-old singer. She's bagged the title 5 times in the past 3 decades, the last one being her 2002 album, A New Day Has Come. According to Billboard, she has previously hit the top with Falling Into You (No. 1 for three weeks in 1996), Let’s Talk About Love (one week in 1998), All the Way… A Decade of Song (three weeks total, two in 1999 and one in 2000) and A New Day Has Come (one week in 2002).

During a Facebook Live event in April, People reports that Dion said 'Courage' was inspired by the things “we all go through in life,” including moments of loss and sickness. The singer is not new to trying times having lost her husband and manager Rene Angélil to cancer in 2016. “Life had given me the tools —  my family, the way that I grew up, the way that I was raised, the way we all were raised in my family — to find my inner strength in a way,” she said, adding, “To find courage to keep going.” And we have to admit, after having a listen to her latest song Courage from the album, the singer hasn't lost her incredible vocal strength and the power to move people with her music.

One of the most popular songs from Celine Dion's career is the eternal classic My Heart Will Go On. In fact, it won Best Original Song at the 1998 Academy Awards and the Grammy Award for record of the year. But Dion initially didn't want to record the iconic hit. “It didn’t appeal to me. I was probably very tired that day — very tired,” Dion shared. “My husband [the late René Angélil] said, ‘Let’s hold on.’ He talked to the writer and he said, ‘Let’s try to make it, like, a little demo.'” She’s “glad they didn’t listen to me” and recorded the song anyway and so are millions of fans across the globe.

Now Dion has kicked off her 'Courage' world tour in Quebec City. She will be performing in 50 cities across Canada and the United States before bringing it to a close in April 2020. “As you know, I have been performing at Caesar’s Palace on and off for the past 16 years,” Dion said in the Facebook Live event. “I think there was a miscommunication or something because I think I was supposed to be there for like two months. Something around that. [But] because of the great support from people like you, we kept going on and on and on and on. You kept coming, coming, coming! My heart kept going on and on and on! It’s time for a change; time to hit the road,” she added. “So many people came to us, but now we really think it’s time for us to go and see them. So I am extremely excited to do the world tour.”